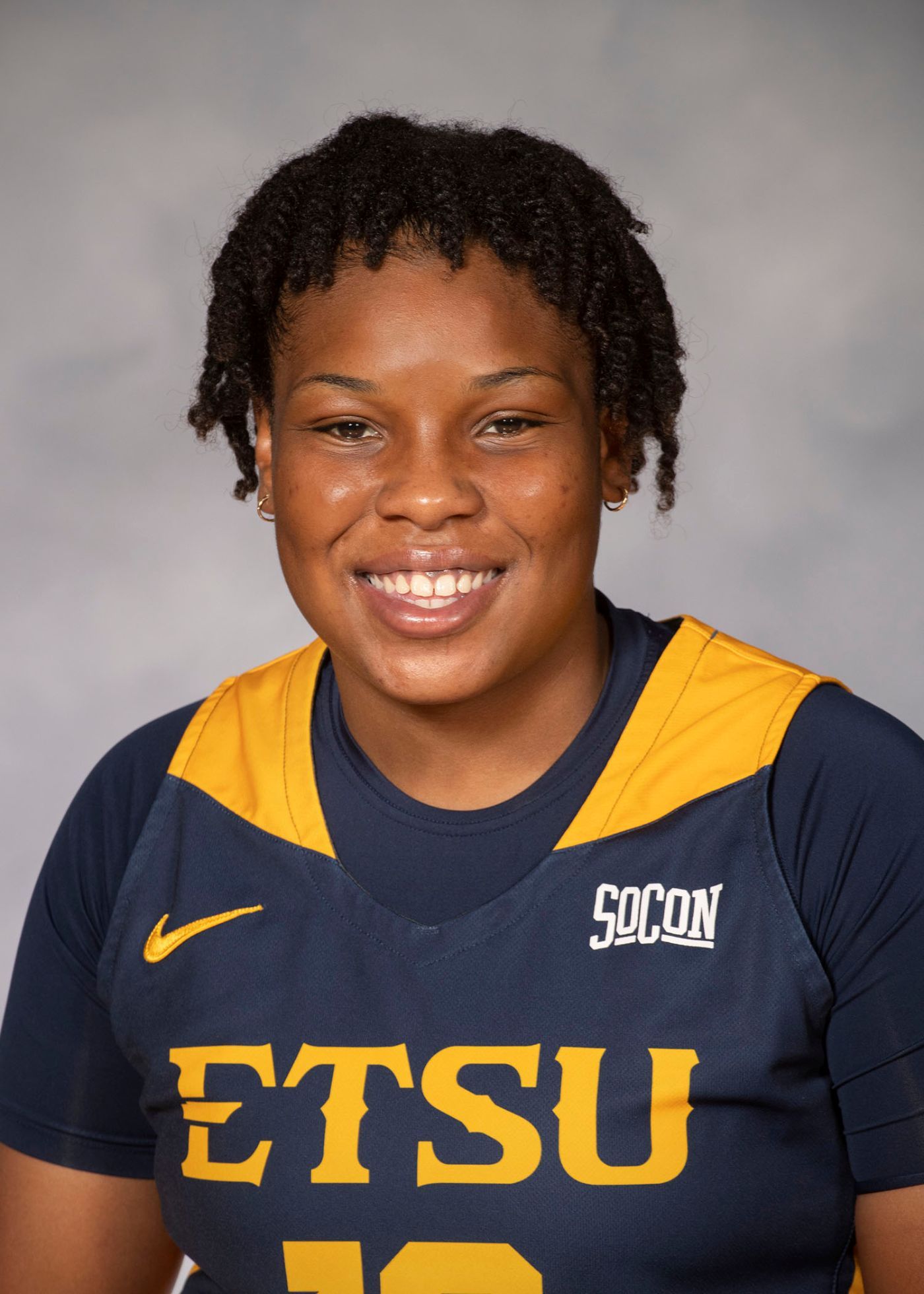 2019-20 Season (Sophomore): One of two players to appear and start in every game...Amongst qualifiers, led team in field goal percentage (44.2), rebounds (161) and was third on team in points per game (8.5)...Made 30 of her 35 free throws in Southern Conference play to finish second on the team in free throw percentage (77.4)...Three double-doubles on the season including 18-point, 15-rebound efforts against Western Carolina Feb. 6 and Mercer Feb. 22, the first ETSU player to pull in at least 15 rebounds since Shomari Kendrick took 17 against Iona Dec. 29, 2015...Went 11-for-12 from the free throw line against Western Carolina Feb. 6, tying for sixth in ETSU history for most free throws made in a game...Reached double-digits in scoring 11 times, including a career-high 22 points against Mercer in Macon, just 25 minutes from her hometown of Warner Robins, Ga....Took big strides in conference play, scoring 10.5 points per game, grabbing 6.6 rebounds per game, finishing fourth in the league by making 49 percent of her field goal attempts and second in the league by shooting 86 percent from the free throw line during league action.

2018-19 Season (Freshman): Appeared in 18 games as a reserve while playing 82 total minutes...Netted a trio of three-pointers on the season, including one in front of friends and family gathered at the Bucs contest against Mercer in Macon Jan. 26, Jackson’s supporters making the half-hour drive from her hometown of Warner Robins to support the freshman.

High School: Four year letterwinner in both basketball and track…Earned the Leadership Award for the best three-point percentage…Averaged 13 points per game and seven rebounds per game...Named to the Region 1 5A All-Region Second Team…Participated in the Warton vs. Mactown All-Star game…Tabbed to the Hype South Second Team…MVP of the Holiday Classic…Named Offensive Player of the Year…Earned the Newcomer Award as a freshman and the Best Footwork Award…AAU National Champion FBC in 2017…Member of the 1000th Point Club.

Personal: Born on Sept. 29, 1999 in Warner Robins, Ga….Daughter of Dante Oates and Laquisha Jackson…Chose ETSU because it felt like home and because of its great academics…Goal at ETSU is to win a conference championship...Majoring in exercise science.