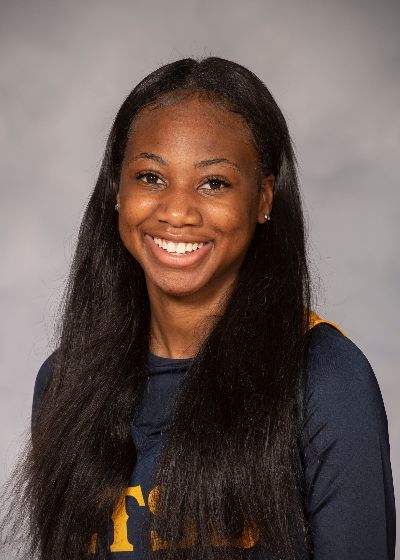 2020-21: Southern Conference Media and Coaches All-Freshman Team selection…started in 14 of her 19 appearances in her freshman season…led the Bucs in scoring with 9.9 points per game…averaged the third most minutes on the team by logging 25.1 minutes per game, the third most steals (26) and the second most assists (31) on the team…scored a career-high 20 points in the final game of the season, registering 20 points in the SoCon Semifinals loss to Wofford (3/5/2021)…scored double-digits in nine games, her first time coming from a 10 point effort against Presbyterian (12/12/20)…assisted a career-high six assists in her second career start at Appalachian State (12/20/20)…scored a then season-best 16 points on the road at Samford (2/20/21) before matching it two games later at home against Chattanooga (2/25/21), where she collected a career-best six rebounds…averaged 16.5 points per game in postseason play.

High School: Played for Westlake High School in Atlanta, Ga. during the school year and FBC Kay in the summers...7A State Champion in her sophomore, junior and senior seasons...Section 7A Rookie of the Year...Midseason Atlanta Tipoff 7A Champion in her junior year...All-region first team in her junior season...Two-time team captain...All-region first team for her senior year performance.