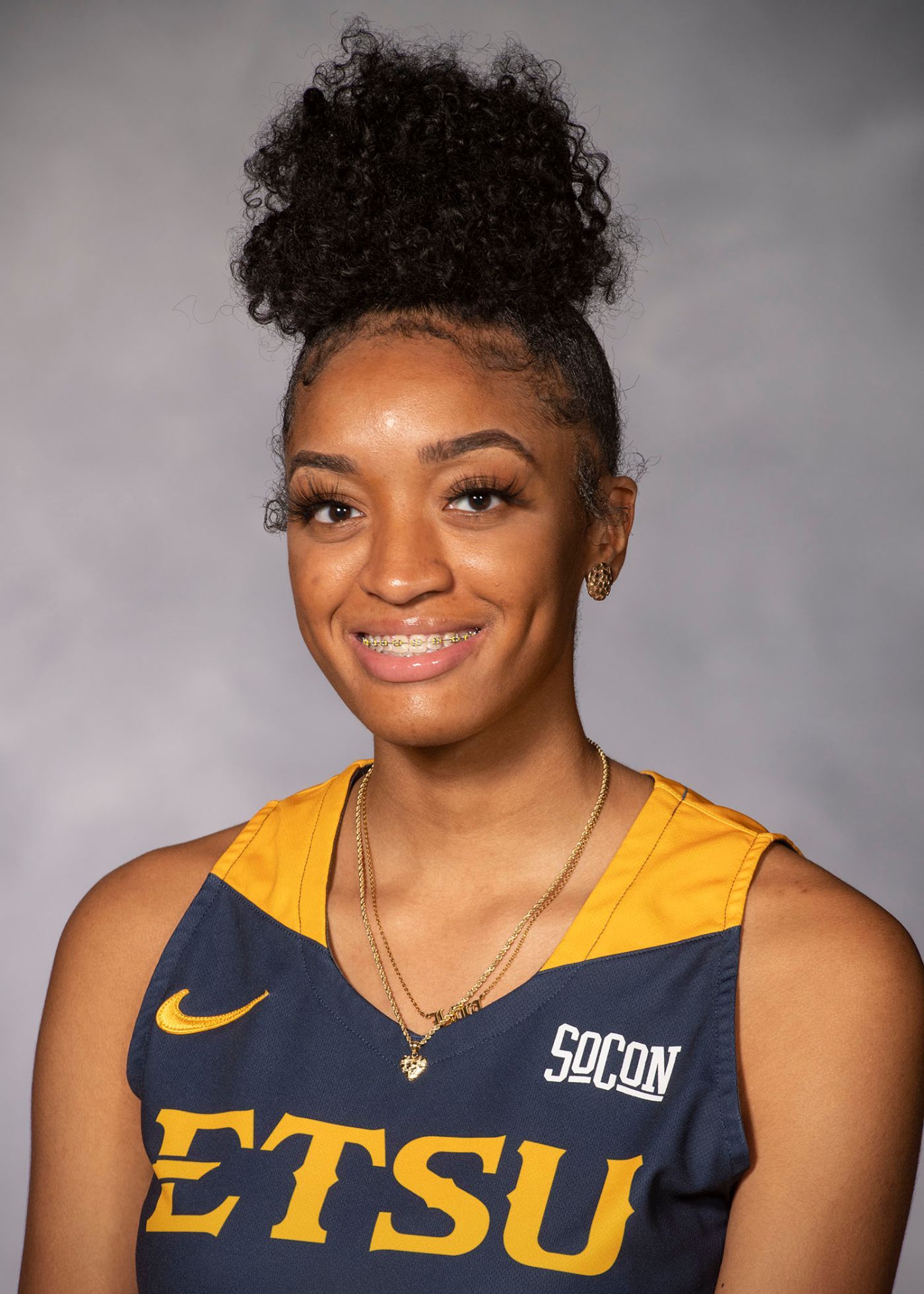 Prior to ETSU: Played two years at Weatherford College in Weatherford, Tex.

2020-21: Played in 14 games in her first season as a Buccaneer…scored 18 points and grabbed 11 rebounds, collecting five blocks in 58 minutes of action…scored a season-best five points against Chattanooga (2/25/21)…played a season-high 11 minutes against Mercer (2/27/21), tallying four points in the loss…named to the SoCon Honor Roll.

2019-20 Season at Weatherford College (Sophomore): Moved from a reserve to starter’s role, appearing in 29 of the Lady Coyotes 31 games, all as a member of the starting five...Scored 174 points, pulled in 144 rebounds, rejected 54 shots and stole the ball 15 times...Named 2019-20 honorable mention JUCO All-American as she helped Weatherford win 12 of their first 13 games and finish the season with a 22-9 overall record.

2018-19 Season at Weatherford College (Freshman): Appeared in 26 games off the bench, scoring 149 points, snaring 173 rebounds, blocking 80 shots and claiming 18 steals over the course of the campaign...80 blocks led the Northern Texas Junior College Athletic Conference and was second in the nation at the NJCAA level.

Personal: Born on October 1, 2000...Daughter of Brandi Oliver and Andre Brown...Majoring in nursing...Chose ETSU because she really likes the coaching staff and how the team plays...Goals while in Johnson City are to become a more complete player and have a successful career in Johnson City.