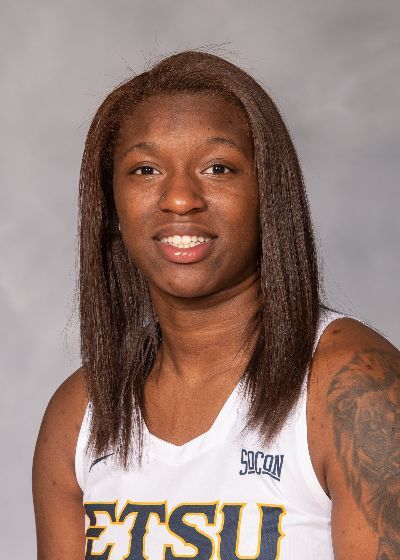 Prior to ETSU: Spent three years at the University of Miami, making 12 starts while playing in 71 games for the Hurricanes…scored 180 points and secured 197 rebounds in three seasons…shot 39% from the field, assisting on 28 baskets…provided a threat on the defensive end with 42 career steals and 16 career blocks.

High School: Graduate of John Hay High School in Ohio…was listed by espnW HoopGurlz as the No. 14 wing prospect in the class of 2018…averaged 13.8 points and 12.7 rebounds per contest as a junior. Scored 14.9 points per game as a sophomore and earned Associated Press Division I Third Team All-Northeast Lakes District honors…nearly averaged a double-double as a freshman with 10 points and 9.0 rebounds per game.

Personal: Born on February 16, 2000…daughter of Montá Driscal and Jacquelyn Huston…cousin Asim Rose Jr. plays for the Minnesota Vikings…cousin Denzel Ward was a first round draft pick by the Cleveland Browns…majoring in sport management.