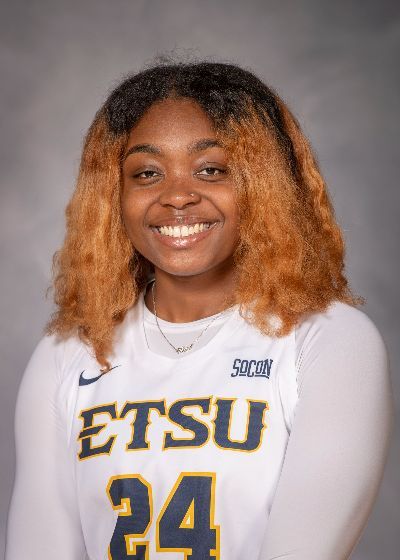 2020-21: Played in all 20 games in her rookie season, starting in 15 of them … Earned a spot on the Media Southern Conference All-Freshman Team … Finished her year averaging 9.5 points and 6.7 rebounds per game, ranking second on the team in scoring, first in field goal percentage, third in 3PT %, first in rebounds, first in blocks and third in minutes … Finished eighth in the conference in rebounds and fifth in blocked shots … Scored 13 points in her debut against Longwood on Nov. 28 … Posted 11 points and six rebounds in the loss against Tennessee Dec. 1 … Put up another solid performance of seven points and eight rebounds against Vanderbilt on Dec. 8 … Scored a new best of 18 points on 7-9 shooting against Appalachian State (12/20/20)…exploded for her season-best of 25 points against Furman (2/5/21) on 10-15 shooting, recording her first double-double of her collegiate career with a 14 rebound effort while blocking three shots … Recorded another double-double against Samford on Feb. 20, posting 15 points and 11 rebounds in the loss … Fell one rebound short of back-to-back double doubles after a 10 point, nine rebound performance against Western Carolina on Feb. 23 … Tallied 12 points, 14 rebounds and three blocks against Mercer on Feb. 27 on the final day of the regular season … Put up 20+ points for the second time of her career with a 21 point showing to knock off  No. 1 Samford in the SoCon Quarterfinals ... Finished the season with a 14 point, 10 rebound effort in the loss to Wofford in the semis of the conference tournament … Grabbed a career-best three steals on three occasions throughout the season, matching her best effort of three blocks three times, as well … Named to the SoCon Honor Roll.