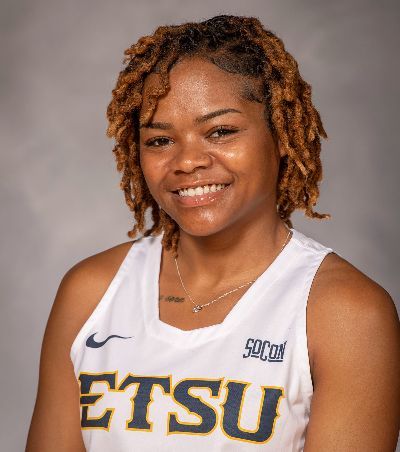 Prior to ETSU: Spent time at Wake Forest and most currently Northwest Florida State … Played in 26 games in the Raiders uniform, starting in one … Averaged 3.8 points, 13.0 minutes, and 2.8 rebounds per game for the Raiders ... Prior to NWFSU, Brown made her Wake Forest debut in the 2020-21 season opener against Arkansas ... Scored eight points off the bench against both Arkansas and Davidson ... Had seven points in 16 minutes versus NC State ... Was the highest scoring player off the bench in five games.

High School: NCISAA All-State honoree ... Posted 14.2 points, 4.1 assists, 1.9 steals and 1.4 blocks per game as a senior at Mallard Creek ... Led Davidson Day to a 22-6 record and the NCISAA 2A state championship in 2019 ... Named All-Mecklenburg County and was selected to the All-Charlotte Observer first team as a junior and senior ... Earned State Defensive Player of the Year honors as a junior ... Played her first three seasons at Davidson Day, averaging 14.7 points, 5.2 rebounds and 4.2 steals per game as a junior.