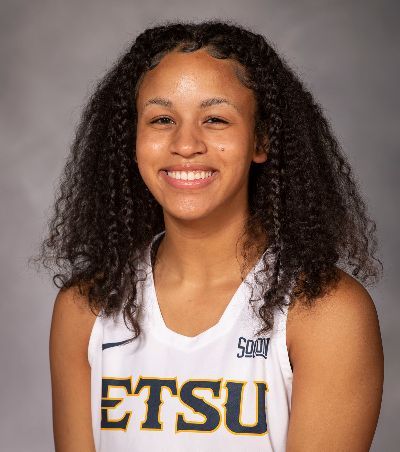 Prior to ETSU: Transferred to ETSU after one season at Temple University ... Averaged 6.0 points per game ... Had 20 points against St. Francis ... Played in nine contests with three starts ... Before Temple, Thomas played two seasons at Florida International ... Led FIU with 16.9 points during the 2020-21 season and earned All-Conference USA honors ... Became the ninth player in C-USA history to record a triple-double with 18 points, 10 rebounds and 10 steals against Middle Tennessee ... In just two seasons with the Panthers, Thomas scored 784 points to average 14 points per game ... Sat out the 2018-19 season after playing her freshman year at High Point University.

High School: Scored 2,023 points, in 96 games with Norwalk High School … Averaged 21.1 points per game in her prep career … During her senior season, she earned District 6 and Northwest Player of the Year honors in Ohio after pouring in 24.4 points per contest … Eclipsed the 35-point mark nine times in high school, while also averaging 6.1 rebounds and 3.5 assists as a senior… Overall, complied over 500 rebounds, 300 assists and 300 steals in high school … Was the first girls’ basketball player in Norwalk history to be named to the All-Ohio First Team.