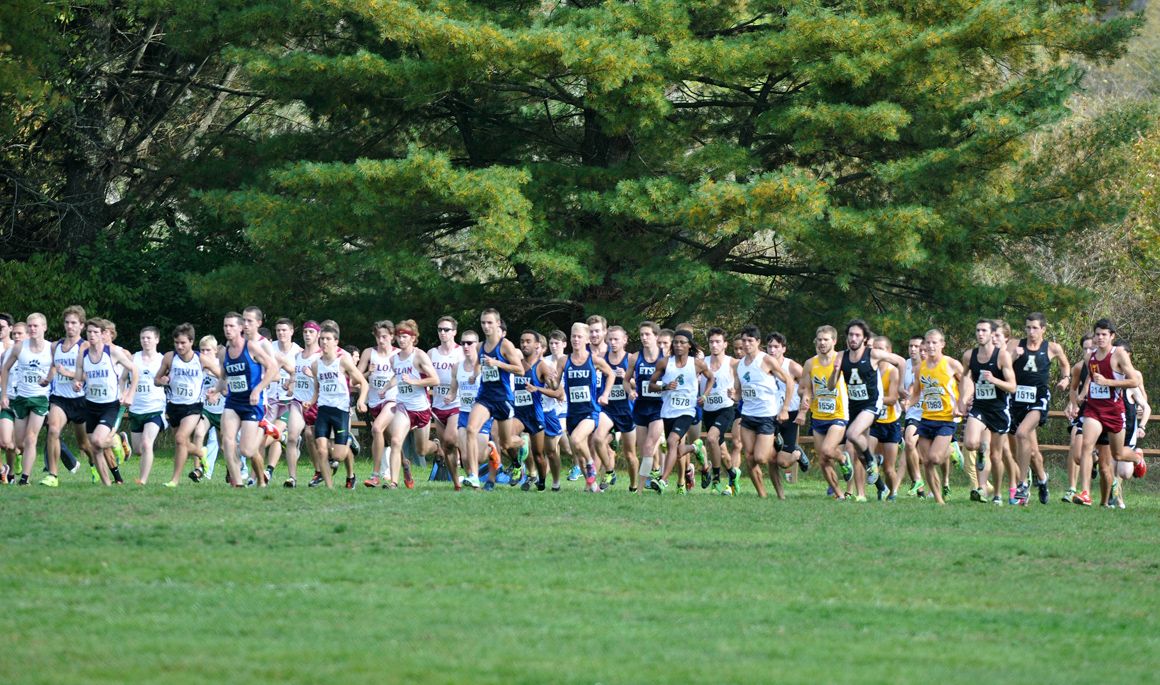 "I'm pleased with both teams efforts. We have work to do to close the gap on our conference foes," said director of cross country/track & field George Watts. "I believe we will benefit from having raced the conference course for down the road."

On the men’s side the Bucs took seventh out of 12 teams and was the third Southern Conference team to finish behind Furman (1st) and VMI (5th). Nationally ranked Furman won the men’s race with all seven of their runners finishing in the top 10.

In the women’s meet the Bucs were led by junior Emily Williams (Bristol, Tenn.) who placed 34th  out of 115 runners with a time of 22:36.52. Not far behind Williams was junior Sahara Fletcher (Atlanta, Ga.) who finished 54th overall with a time of 23:17.86. The three through five runners for ETSU all finished within 20 seconds of each other with junior Victoria Hutchens (Stuart, Va.) with a time of 24:02.40, followed by sophomore Macy Carrier (Bluff City, Tenn.) at 24:07.09. Rounding out the top five for ETSU was sophomore Sarah Zimmer (Knoxville, Tenn.) recording a time of 24:25.92.

The women finished eighth out of 13 teams with a final point’s total of 254. The Bucs finished ahead of their SoCon counterparts Mercer (10th), Wofford (11th) and VMI (12th) and were just behind Western Carolina (7th). Furman was the top finisher from the conference earning 89 team points, placing third. The University of Auburn captured the Furman Classic crown.

"The first meet for the kids is a mixture of running better than expected or not quite what you hoped for," said Watts. "We will run a tougher course next Friday and I believe we will improve as a team and individually."

It will be a short break for the cross country program as ETSU travels to Blacksburg, Va. for the Virginia Tech Alumni Invitational next Friday, September 18th. The Bucs placed well last year during the event with the men finishing third while the women placed fifth.