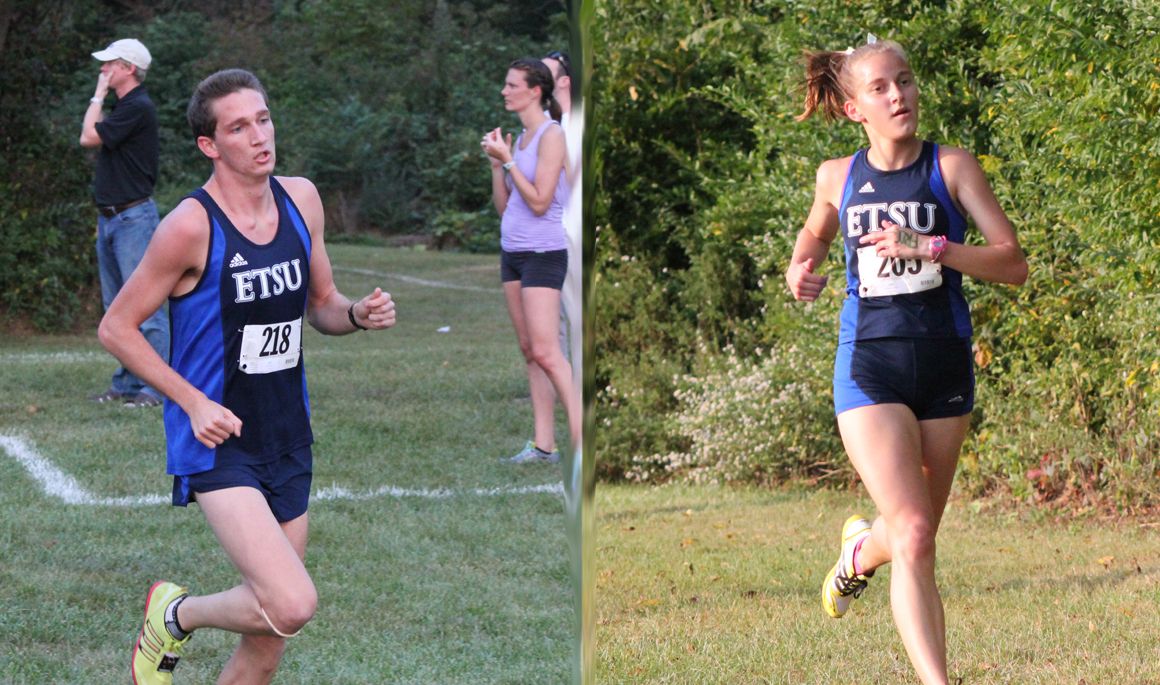 The women’s team was led by junior Victoria Hutchens (Stuart, Va.) who placed 34th overall with a time of 23:14.98. Behind Hutchens was sophomore Macy Carrier (Bluff City, Tenn.) who finished just outside the top 50 with a time of 23:52.04. Carrier finished ahead of fellow sophomore Sarah Zimmer (Knoxville, Tenn.) by a 10th of a second. Rounding out the top five for the Bucs was sophomore Kylie Rutherford (Lavalette, W.Va.) and senior Lisa Pallotta (Leesburg, Va.).

“Both teams improved from last week’s race,” said director of cross country/track & field George Watts. “All of the women ran faster than last week on a more demanding course.”

Overall, ETSU placed 7th out of 11 teams and was the top team from the Southern Conference finishing just ahead of Radford who placed eighth and VMI who finished 10th. Nationally ranked Florida State won the event with a total score of 24.

On the men’s side, the 15th ranked Bucs in the USTFCCCA South region were paced by junior Simeon Roberts (Greeneville, Tenn.) who recorded his first top ten finish of the season, coming in sixth with a time of 25:00.77. Sophomore David “Skyler” Winchester came in shortly after with a time of 25:27.83 and in 29th place. Sneaking into the top 50 was freshman James Garst (Jonesborough, Tenn.) who ran a collegiate best time of 25:44.83. Senior Angus Baldwin (Tumbi Umbi, Australia) and sophomore Daniel Sonnenfelt (Knoxville, Tenn.) rounded out the top five for ETSU.

“Our men ran a solid race led by Roberts’s strong race. Winchester and Garst ran very nice races and were greatly improved from last week’s races,” said Watts. “We have decent depth on the men’s side and if we can tighten up the pack we will run well late into the season.”

It was also a seventh placed finish for the men out of 12 teams. The Bucs were the second SoCon team to finish behind VMI who finished fifth. Akron edged nationally ranked Florida State by one point to win the team title.

The Blue & Gold will take a week off before heading to Louisville, Ky. to compete in the Greater Louisville Classic at Tom Sawyer Park on Oct.3. It is the same course that will be hosting the NCAA South Regional championships. The men’s race will start at 10:45 a.m. followed by the women at 11:30 a.m.