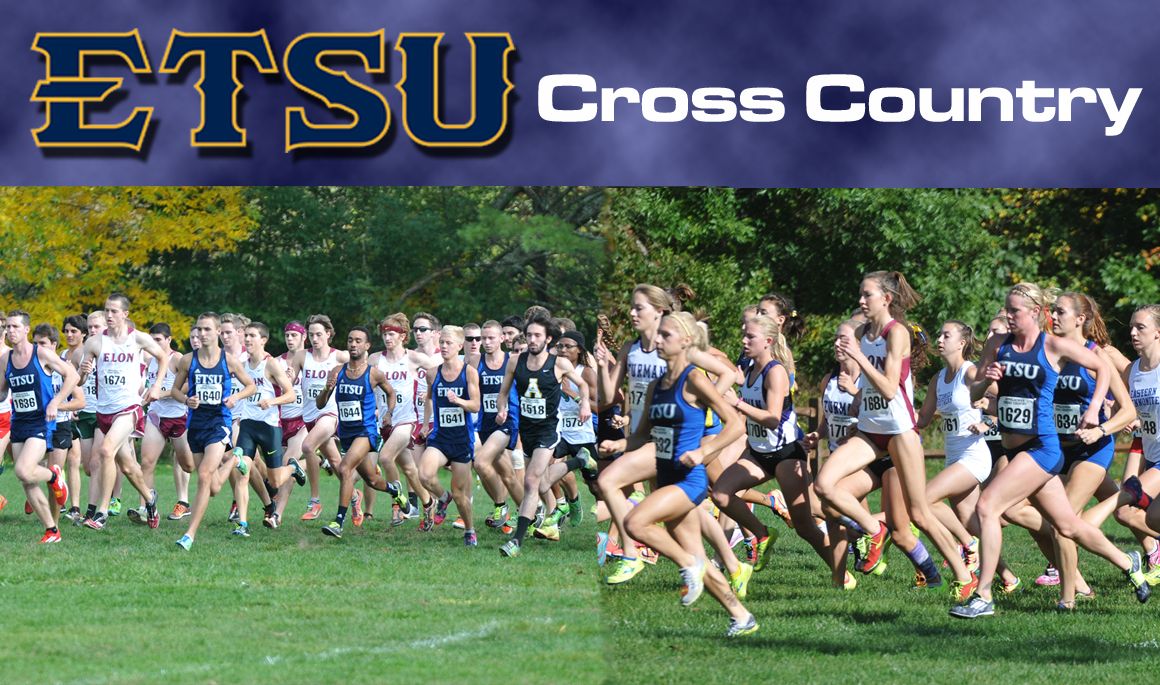 In the men's 8k race, the Bucs finished seventh out of 18 teams with sophomore David "Skyler" Winchester pacing ETSU for the first time this season with a time of 25:36.48. Winchester placed 25th out of nearly 170 runners. Coming in second for the Blue & Gold was freshman James Garst with a time of 25:59.90, placing 45th. A second behind Garst was junior Simeon Roberts who placed 46th with a time of 26:00.58.

Rounding out the top five for the Bucs was sophomore Carl Oberfeitinger and sophomore Hayden Borghetti-Metz.
George Mason won the men's race, just edging out Charlotte with an overall total score of 68. ETSU was right behind their Southern Confernece counterparts as Furman placed fifth while VMI placed sixth.

"Our men's team raced much better than our previous meet," said director of cross country/track & field George Watts. "Skyler Winchester and James Garst have been very consistent this season and ran solid races today to lead the team."

On the women's side ETSU was paced junior Emily Williams who ran a time of 22:42.01, placing 30th overall out of 170 runners. Sneaking into the top 50 was junior Victoria Hutchens who came in 37th with a time of 22:51.02. Hutchens has paced the Bucs the last two events.

Rounding out the top five for the Buccaneer women's cross country team was sophomore Macy Carrier, breaking the top 100 with a time of 24:01. After Carrier was junior Sahara Fletcher and sophomore Sarah Zimmer.

"Our women's team had one of their best showings of the season and it was great to have Emily Williams back out leading the team again," said Watts.

The women finished ninth out of 17 teams and was the highest placed SoCon team finishing ahead of VMI in 14th placed. Richmond won the event with an overall score of 53.

It was the final tune-up for the Bucs before heading to Greenville, S.C. on Oct. 31 for the Southern Conference Champions hosted by Furman University.

"Both teams are working hard and I'm very pleased with their progress," said Watts. "The key is to have our biggest improvement between today's race and the conference championship."