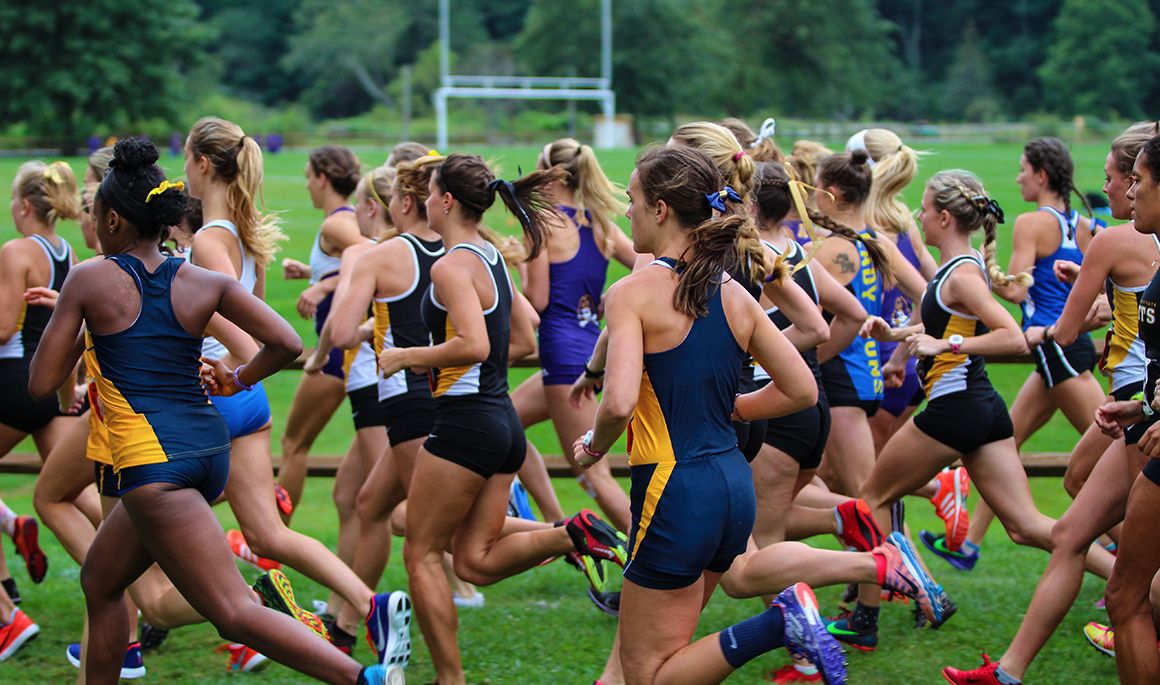 For the second time this season on the men’s side senior Simeon Roberts paced the Bucs finishing 35th out of 186 runners with a time of 25:06.35. Roberts recorded his best 8K time of the season, eclipsing the mark of 25:58.30 at the Virginia Tech Alumni Invitational.

“The men have battled some injuries that have kept them from having a better race today,” said director of cross country / track & field George Watts. “Three of our potential top five dropped out today but that is not an excuse because we have depth and we need to overcome those situations.”

Behind Roberts was freshman Adam Bradtmueller finishing 56th with a time of 25:31.55. Rounding out the top five for the Bucs was senior Skyler Winchester, sophomore James Garst and junior Daniel Sonnenfeldt. The ETSU men had all five scorers in the top 100.

Overall, the men finished 15th out of 21 teams as Virginia Tech won the meet with a point total of 59.

“Mostly all of the women had season best times today as Victoria Hutchens was our number one runner for the third time this year,” said Watts. “She as well as the others have improved each meet.”

Closing out the top five for the Bucs was sophomore Nicki Smith, followed by senior Sahara Fletcher and freshman Adrienne Hutchens. Overall the women finished 25th as Michigan went on to win the meet with a point total of 40.

The Bucs will have a week off to prepare for the HPU Vert Cross Country Invitational on Friday, Oct.14. After that, the Bucs will have another week off before preparing for the Southern Conference Championships on Saturday, Oct. 29.

“The guys need to decide how good they want to be this season and improve their mental approach to competition,” said Watts. “The women need to keep doing what they are doing.”