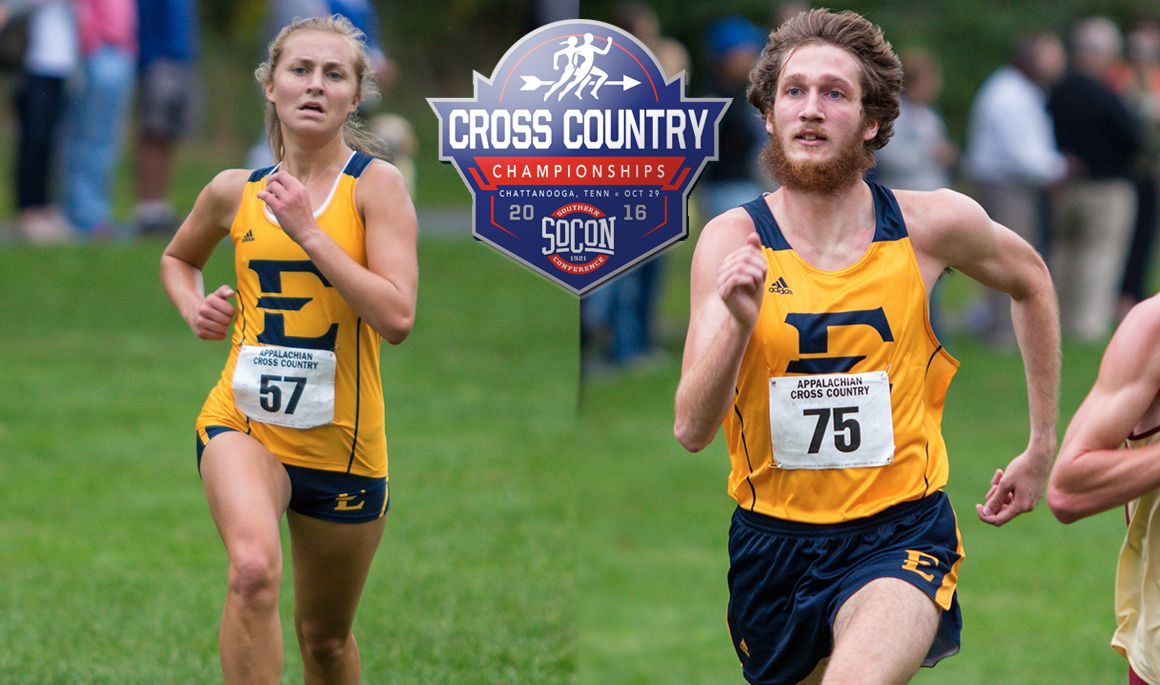 In the early morning men’s race the Bucs were led by Simeon Roberts who recorded a season-best time of 24:15.10 to finish seventh. Roberts with the seventh placed finish earned First Team All-SoCon honors and earned postseason All-SoCon recognition for the second straight year.

"Both teams put forth tough competitive efforts and I am proud of how hard they fough throughout their races," said director of cross country/track & field George Watts.

Following Roberts was sophomore James Garst who just missed out on All-SoCon honors, finishing 15th with a time of 24:45.93. Six seconds behind was freshman Adam Bradtmueller with a time of 24:51.98 to finish 17th and earn All-SoCon Freshman honors.  Rounding out the top five for the Bucs was Carl Oberfeitinger in 26th and Matthew Warriner in 30th. ETSU had each of their first five runners finish in the top 30.

"The men ran a gritty race and surprised a few people with our team finish. They have dealt with some adversity this season but they put that behind them and peformed quite well today" said Watts. "As he's done the majority of the season Simeon Robers led the way with a seventh place finish and earned First Team All-SoCon. James and Adam ran different races but finished strong over the final 800 meters."

As a team, the ETSU men recorded a third placed finish for the second straight year with 93 total points. The Bucs finished behind Samford with 53 as Furman won their fourth consecutive crown with a point total of 22.

For the first time this season, the ETSU women’s team had a new leader as Katie Hirko led the Bucs with a time of 17:54.79 to finish 15th. Hirko was one position away from earning Second Team All-SoCon honors.

"We were very solid up front with Katie, Victoria and Macy. Nicki and Kaitlyn ran terrific races, especially over the last 800 meters where they passed about 10 poeple to help securea third place team finish," said Watts. "I can't say enough of how nice a job Coach Layne has done preparing the women's team throughout the season. We are moving in the right direction."

"The return of Hirko has strenghthened the team and although coming off a serious injury she showed her toughness by being the numver one runner for the team today," said Watts. "Although the meet is about how many people you beat, I think it's important to note that along with Nicki and Kaitlyn, we had Kylie, Adrienne and Keegan all run personal bests."

Overall the women finished third with a point total of 111. The third place finish is the highest finish for the ETSU women in the SoCon since 1999 and the highest finish at a conference meet since finishing second in 2013 at the Atlantic Sun Championships. Samford finished runner-up while Furman won the conference meet for the fourth straight year.

"We have much to look forward to with a very young men's and women's team but we need to begin to prepare for the NCAA South Regional championship and finish off the season with another strong performance," said Watts.

Up next for the Bucs is a week off before heading to Tallahassee, Fla. to take part in the NCAA South Regional Championships at Apalachee Regional Park on Friday, Nov.11