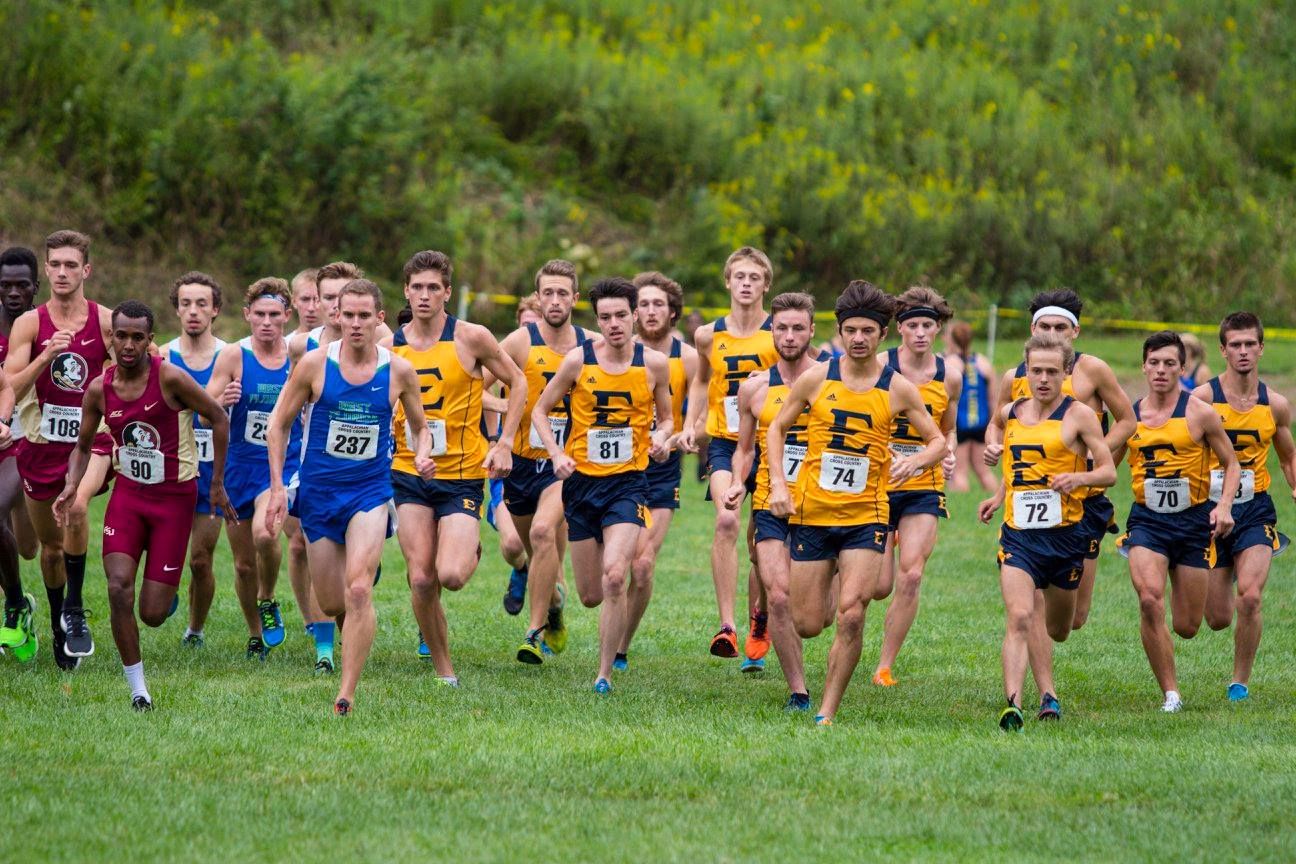 Bucs Get Top Results From Freshmen Varghese and Stallworth

BLACKSBURG, Va. (Sept. 15, 2017) -- Paced by strong showings from a group of youngsters, both of ETSU’s cross country teams finished in the top five of the Virginia Tech Alumni Invitational on Friday in Blacksburg, Va.

For the men, freshman Ben Varghese (Kingsport, Tenn.) – making his collegiate debut – finished 5th out of field of 147 runners.

Another freshman, Lindsay Stallworth (Knoxville, Tenn.) was the women’s top finisher, coming in 11th out of 116.

The men were 3rd in the team standings, and the women 5th. Twelve squads ran in the men’s 8K race, won by the host school, Virginia Tech. Fourteen teams competed in the women’s 6K, won by Florida State.

“The men’s team showed nice progress finishing third,” said ETSU head coach George Watts. “The women were without two of our top five because of illness. Both the women and the men have a chance to become solid teams this season.”

ETSU’s men placed two other runners in the top 20. Sophomore Adam Bradtmueller (Sarasota, Fla.) was 17th, taking the spot a tenth of a second ahead of freshman Malick Gamechu (Johnson City, Tenn.) in 18th.

“Today was the first 6K of Lindsay Stallworth’s career,” Watts said. “With the return of Emily Williams-McElroy, the women have a chance to be pretty good.”

“It’s still early and we need to keep working hard,” said Watts. “If we can get healthy and get everyone on the same page by the end of the season, we can be successful.”

The Bucs’ next event is the USC Upstate Invite in Spartanburg, S.C. on Saturday, September 30.