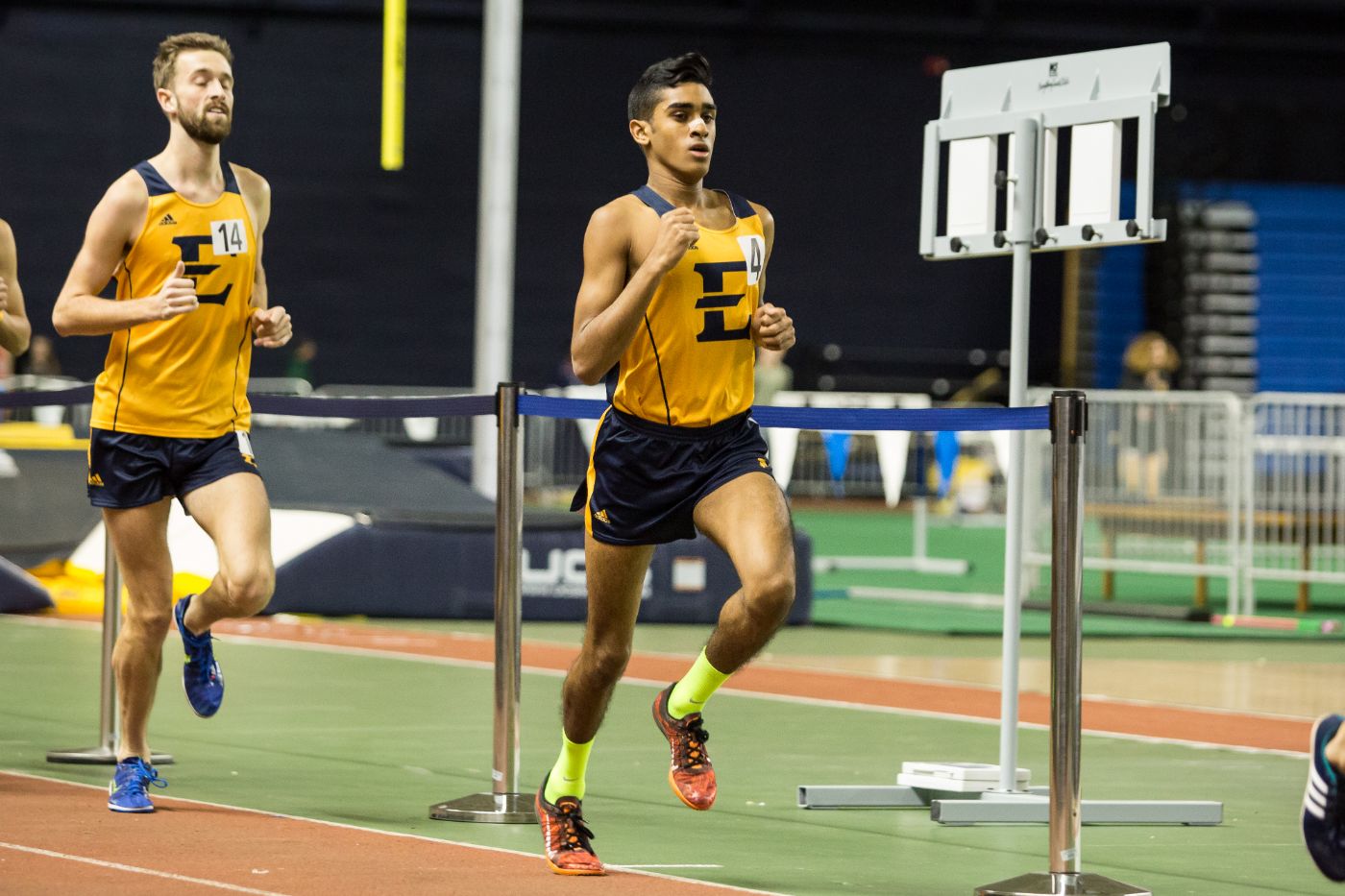 LOUISVILLE, Ky. (Sept. 29, 2018) – In a loaded field at the 17th Annual Louisville XC Classic, sophomore Ben Varghese (Kingsport, Tenn.) streaked to the front of the pack and never looked back, finishing third amongst the 252 athletes representing 29 teams in the men’s gold race at Tom Sawyer Park.

Varghese averaged a 4:47 mile in the 8K race Saturday morning, finishing in a time of 23:48.4 behind only individual winner Emmanuel Cheboson of Louisville and Brennan Fields of Kentucky. The third-place finish is Varghese’ third consecutive top-three result to open the 2018 season.

As a team, ETSU finished fifth on the men’s side, also placing Matthew Scarr (Wambersal, Australia) and Malick Gemechu (Johnson City, Tenn.) in the top-30. North Central took the team title, with Kentucky claiming runner-up, Belmont finishing third, host Louisville fourth with the Bucs rounding out the top five. The fifth-place result marks ETSU’s 11th regular season event in the last 12 in which they have finished top five as a team, Saturday outrunning nationally-ranked Eastern Kentucky amongst other top teams.

"The men ran a solid race and made a big jump from where we've been in the past," head coach George Watts said. "I challenged them to run a complete race and for the most part they accomplished that goal.  Ben ran a very nice race to finish third and continues to get better each week."

Resting a number of athletes in order to have them 100 percent for the regular season’s final event, the ETSU women finished 25th. Lindsey Stallworth (Knoxville, Tenn.) logged another good run, finishing tops amongst six Bucs that took to the course with a 17:42.7, good for 31st of 226 that set out to navigate the 5K event.

"The women were under strength and in a very competitive race," Watts said. "We always talk about team but also individual effort from one race to the next. All of the women made progress from our last meet. Lindsey had a great run and is well ahead of where she was at this time next year."

Winning individually in the women’s gold race was Louisville’s Dorcas Wasike, crossing the finish line nearly 11 seconds ahead of her closest competition, while Michigan, No. 10 in the USTFCCCA national poll, looked impressive as a team, winning the event by 74 points over second-place Eastern Kentucky.

With many of the women having a chance to focus on their health and the men putting together another good race as we enter a key month, ETSU will look for a strong performance Oct. 12 at the HPU Vert XC Invitational, the season’s final tune up before the Southern Conference Championship meet Oct. 27.