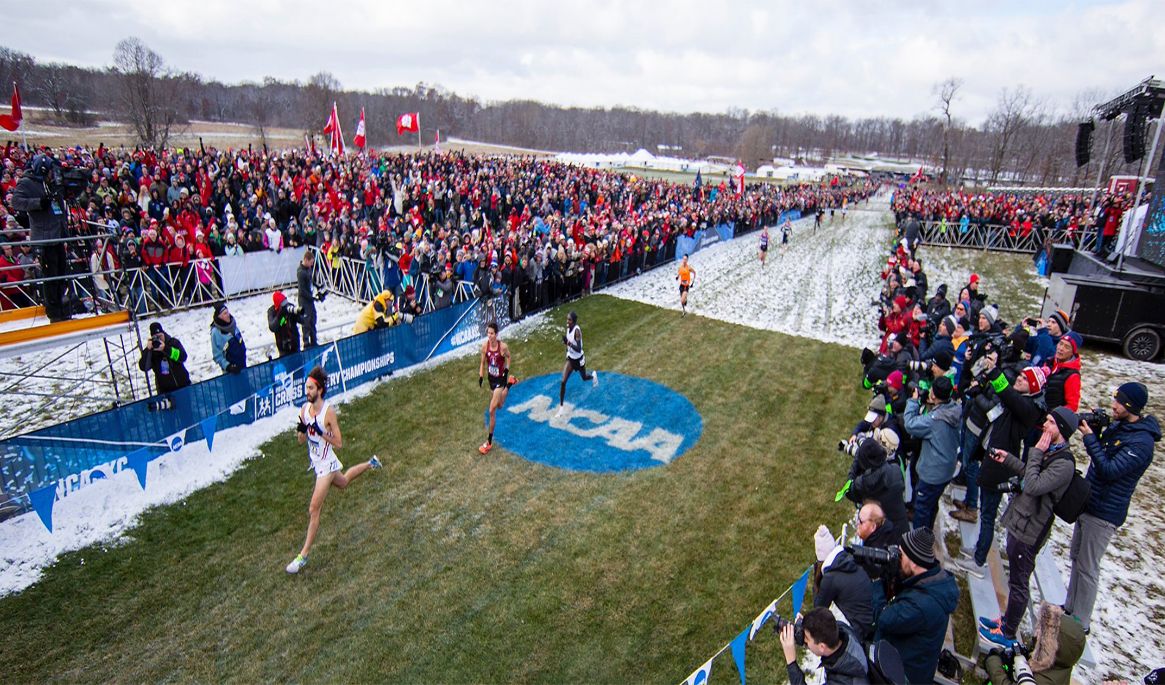 “It was one of those days where Ben gained some valuable experience,” Watts said. “He made tremendous progress this season and has a chance to be even more competitive going forward.”

Varghese, competing in a 255-athlete field, ran a 31:20.2 10K, an identical time to his South Region Championships mark that advanced him to the NCAAs. Varghese averaged a 5:02.8 mile Saturday and looked consistent throughout the race, starting especially strong with a 5:50.1 as he crossed the 2K pole.

Racing in overcast and chilly conditions in front of a boisterous and sizeable crowd, Varghese’s next splits were 12:36 at the 4.1K mark, 18:34 after six kilometers and 25:06.2 following the 8K checkpoint as he navigated his way through a course that was snowy in some areas.

With his 31:20.2 finish, Varghese came in 177th amongst the largest field he participated in this season.

At the front, Morgan McDonald of host school Wisconsin edged Grant Fisher of Stanford by less than a second to take the men’s individual title with a time of 29.08.3, McDonald calling it “my proudest moment” post-race. Taking the team title for the third consecutive year was Northern Arizona, with each of their top-five finishing amongst the first 25 to cross the finish line at Zimmer Championship Course.

The women’s race, run directly prior to the men’s competition, saw Dani Jones of Colorado lead the Buffaloes charge to the national title by winning the individual title and making head coach Mark Wetmore the only cross country coach in NCAA history to have a men’s and women’s individual champion as well as team titles for both sides.

With cross country officially coming to an end around the NCAA, 28 of the 29 ETSU men’s and women’s cross country runners now await track and field season, which is slated to begin in mid-January.