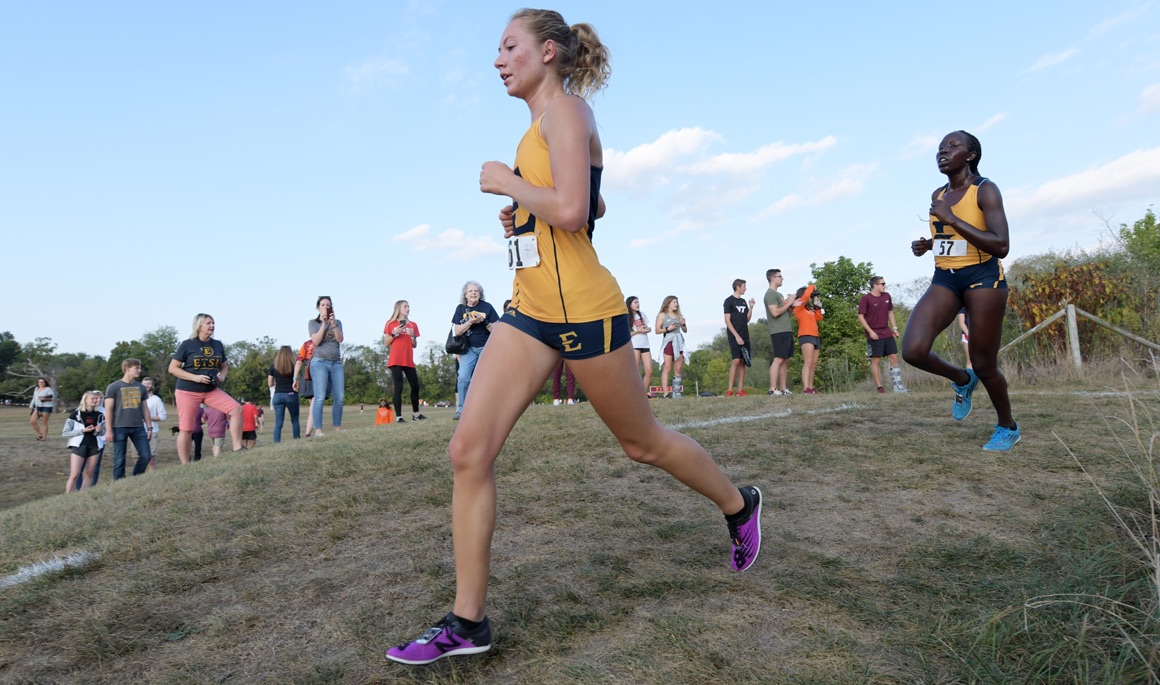 KERNERSVILLE, N.C. (Oct. 17, 2019) -- After earning its first team win in over two years, the ETSU women’s cross country team looks to carry the momentum into the VertCross Invitational, which will be held Friday evening at the Ivey M. Redmon Sports Complex.

The Bucs won the “Blue” race two weeks ago at the Greater Louisville Classic, marking their first team win since Sept. 30, 2017 when the Blue and Gold captured the title at the USC Upstate Invitational.

As a team, ETSU placed first in the 62-team field in Louisville by totaling 104 points. Sophomore Genevieve Schwarz (Oak Ridge, Tenn.) led the Bucs by finishing ninth in the 533-runner field with a mark of 18:27.6 on the 5K course. That time was a collegiate best and was 13 seconds faster than the previous mark – set at the 2018 season-opener in Boone, N.C.

Overall, the Bucs are sending 11 runners to North Carolina on Friday to make their final prep before next month’s Southern Conference Championship, which will be held at Pine Oaks Golf Club in Johnson City.

“Our women’s and men's teams will be split this weekend with emphasis on having our best meet of the season,” said head coach George Watts, as the men are heading to Indiana for the Pre-National Invitational on Saturday in Terre Haute. "The women will run their second 6K of the season and I’m interested in seeing how much faster they run from the first effort. We are competing 11 women, the most this season, as we try to finalize who the nine will be for the conference championship.  Just about the entire team has competed on the VertCross course, so familiarity should help them tomorrow.

Friday’s race, which is hosted by High Point University, will be a 6K run beginning at 4:30 p.m. The women also ran a 6K at the Virginia Tech Alumni Meet back on Sept. 20.

ETSU will host the SoCon Championship on Saturday, Nov. 2 at Pine Oaks Golf Club … The women will run at 10 a.m. with the men following at 10:45 … Click here for more information.