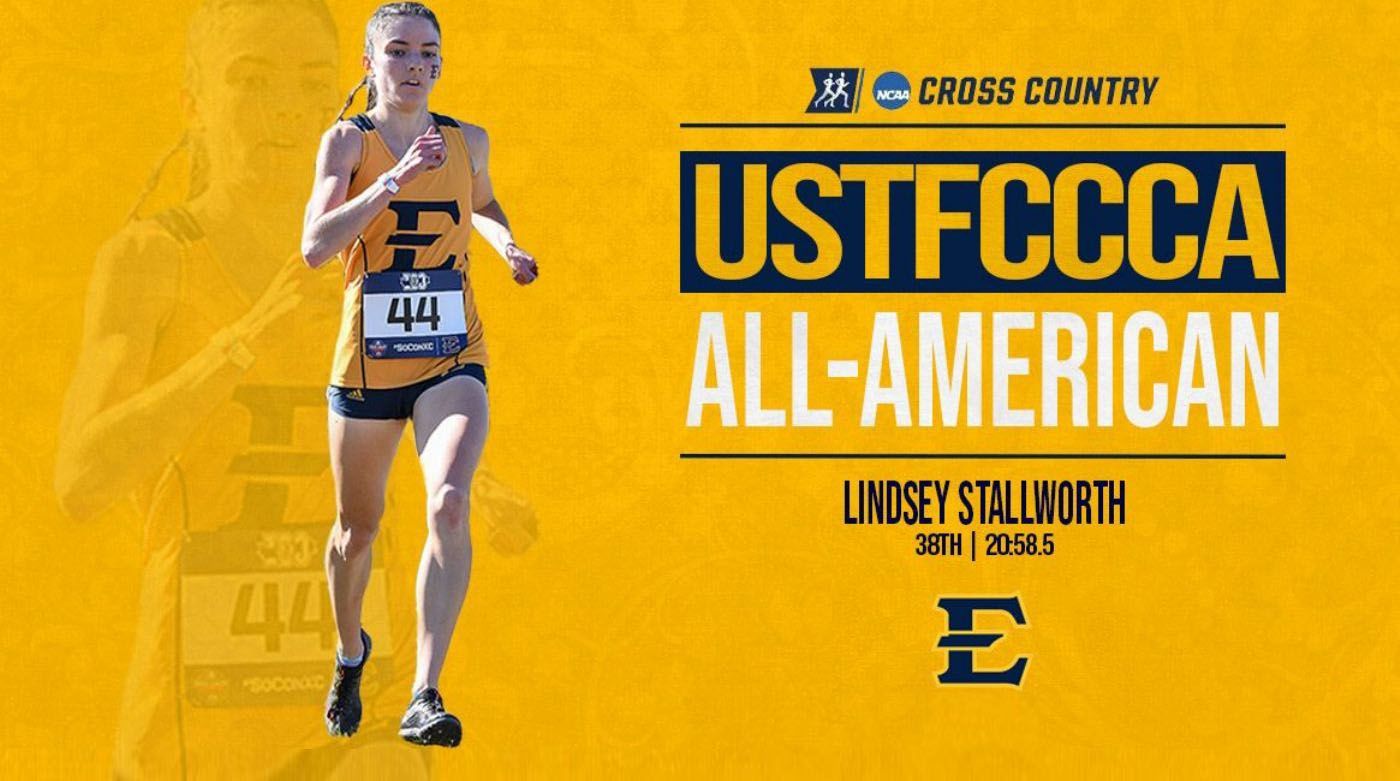 Facing a field of 256 runners, Stallworth made a late charge to the finish line as she placed 38th overall with a time of 20:58.5, earning All-American honors on Monday afternoon from the OSU Cross Country Course.

“The race went well. I went out according to the race plan and stuck to it,” said Stallworth. “The course was definitely challenging, but I wouldn’t have wanted it to be any other way. The terrain made the experience exciting.

“Overall, it was amazing to take it all in. The weekend itself, the level of competition, and the support from so many people back home had me walking on air.”

“Lindsey ran like a champ. For her to earn All-American honors in her first NCAA Championship is even more impressive,” said Watts. “Her dedication and attention to detail has made a huge difference in the success she's had so far in her career. I couldn't be happier for Lindsey and Coach Layne."

Stallworth, the 2020 Southern Conference champion, constantly plucked off runners over the 6000m course en route to becoming the ninth female Buccaneer in ETSU Cross Country/Track & Field history to earn All-American honors – the first doing so as a cross country runner.

“It feels surreal to earn All-American (honors),” said Stallworth. “I know it’s something I’ll look back on years from now and be proud of. On the line, before we the gun went off, I was never more happy to be wearing our colors out there.”

Following the first 1000m, Stallworth sat in 186th place, but then she started making moves. Over her next 1000m, Stallworth climbed 35 spots and sat in 110th place at the midway point with a time of 10:21.8. At the 4000m mark, Stallworth moved into the top 100 (86th), while she was in 72nd-place with 1000m left in the race. Needing to take down at least 32 runners to capture All-American honors, Stallworth hit another gear and sprinted past 34 competitors to place in the top 40 – the highest finish by an ETSU runner in the NCAA Cross Country Championships since her coach Catherine (Berry) Layne finished 33rd at the 1997 meet.

“I knew when the final two hills were coming, and at that point, the objective was to reel in as many runners as possible,” said Stallworth. “I had no idea where I was exactly in terms of place, but I did know that each spot was critical.”

Stallworth was one of 38 individuals to earn a spot in Monday’s race and she placed seventh among those runners who were not competing as a team.

Alabama’s Mercy Chelangat won the national championship with a time of 20:01.1, while BYU captured the team title, besting NC State by 65 points, 96 to 161.