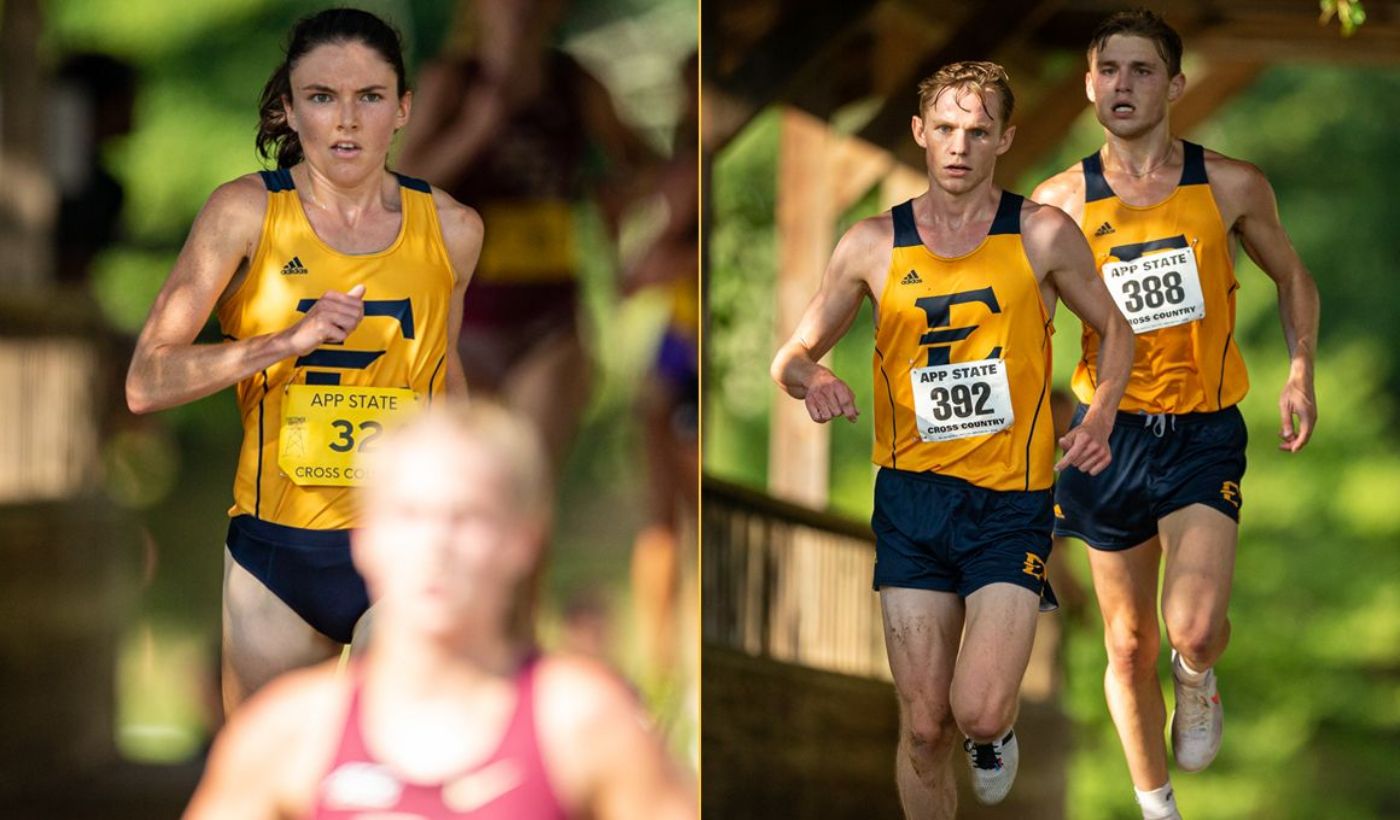 BOONE, N.C. (Sept. 3, 2021) – The ETSU men’s and women’s cross country teams made the short trek over the mountain to open its 2021 campaign on Friday, as the Blue and Gold competed in the Covered Bridge Open from the Don Kennedy Trails at State Farm Field.

The Buccaneer men were led by Matt Scarr (Wambersal, NSW, Australia) and Brayden Hamblen (Rock Falls, Ill.) as they both finished fourth and sixth, respectively. Scarr, who posted his third top-five collegiate finish, led ETSU as he clocked in at 25:17.56 on the 8K course, while Hamblen was right behind in 25:23.48 en route to guiding the Blue and Gold to a third-place team finish.

ETSU’s other scorable performances came from Myles Stoots (Mobile, Ala.) as he crossed the tape in 25:42.45, marking a 14th-place finish. Stoots enjoyed his best collegiate showing as his time and place were both personal bests. Seth Bowden (Maryville, Tenn.) and Gavin Cooper (LaFollette, Tenn.) accounted for the other scores. Bowden ended in 27th with a time of 26:16.63 and Cooper was 10 spots back in 26:28.41.

“The men had enough moments where I thought they looked good.  A couple of guys struggled to hold it together during the latter stages of the race, but it wasn't for a lack of fitness or competitiveness,” said ETSU Director of Cross Country/Track & Field George Watts. “It was just the opposite as a couple guys were a little too ambitious. “I'd rather have that be the case than the other way around.

“Matt has improved greatly throughout his career and really looks like a true cross country runner this season.  It's nice to have Brayden on board as he ran his first cross country race in over two years.  Myles is greatly improved and is off to a great start this season.  He's becoming more and more of distance runner each year.  Seth ran steady throughout the race, and as a true 10k runner in the positive sense, has the most room for improvement as the season progresses.  Gavin looked strong most of the race and was running with the first three through the mid-point, but struggled a little coming home.  It's impressive how much progress Dylan and Jordan have made between last year and this year.  They are completely different runners as they ran faster in this first meet than they did all season last year.  William and Mason are where Dylan and Jordan were last year.  William had a solid first collegiate race, and although Mason struggled a little over the last couple of weeks, he got his first taste of college cross country and will run much better in his next race.”

Florida State’s Adriaan Wildschutt won the individual title as he finished in 24:48.53.

Like she did last season, Lindsey Stallworth (Knoxville, Tenn.) led the Buccaneer women as she was the fourth-fastest collegiate runner in the 130-runner field. Stallworth, the reigning SoCon champion, placed fifth overall in 17:24.63. Stallworth collected her seventh top-five collegiate finish.

Genevieve Schwarz (Oak Ridge, Tenn.) and Kiera Snyder (Clyde, Mich.) were the other top runners for the Blue and Gold as they placed 27th and 31st, overall. Schwarz clocked in with a personal best time of 18:22.80 and Snyder posted her fastest mark as a Buccaneer in 18:26.96.

“I thought the women executed their race plan very well,” said Watts. “The emphasis was to finish well over the final 1200m of the race, and to feel satisfied with their individual races and know that there is much more to look forward to as the season progresses.  I believe we accomplished both goals.

“Lindsey Stallworth did a great job leading the way and is right where she needs to be for early September.  Gen ran nicely through the field and had a strong finish.  Kiera ran a solid race and is well ahead of last year.  Shila ran her first cross country race in two years and looks like she can make a lot of improvement in a short period of time.  Makayla has fought through some adversity and will be ready when it matters the most.  Jessica, Rebekah, Julia, and Hannah ran beyond my expectation for them and that is a positive step forward as it adds team depth that I wasn't sure we had.

“Our next meet will be a larger and more competitive field that will give us an early season feel of what the South Regional Championship will be like in November.”

The Bucs return to action in two weeks when ETSU heads to Huntsville, Ala. for the North Alabama Showcase on Sept. 17.