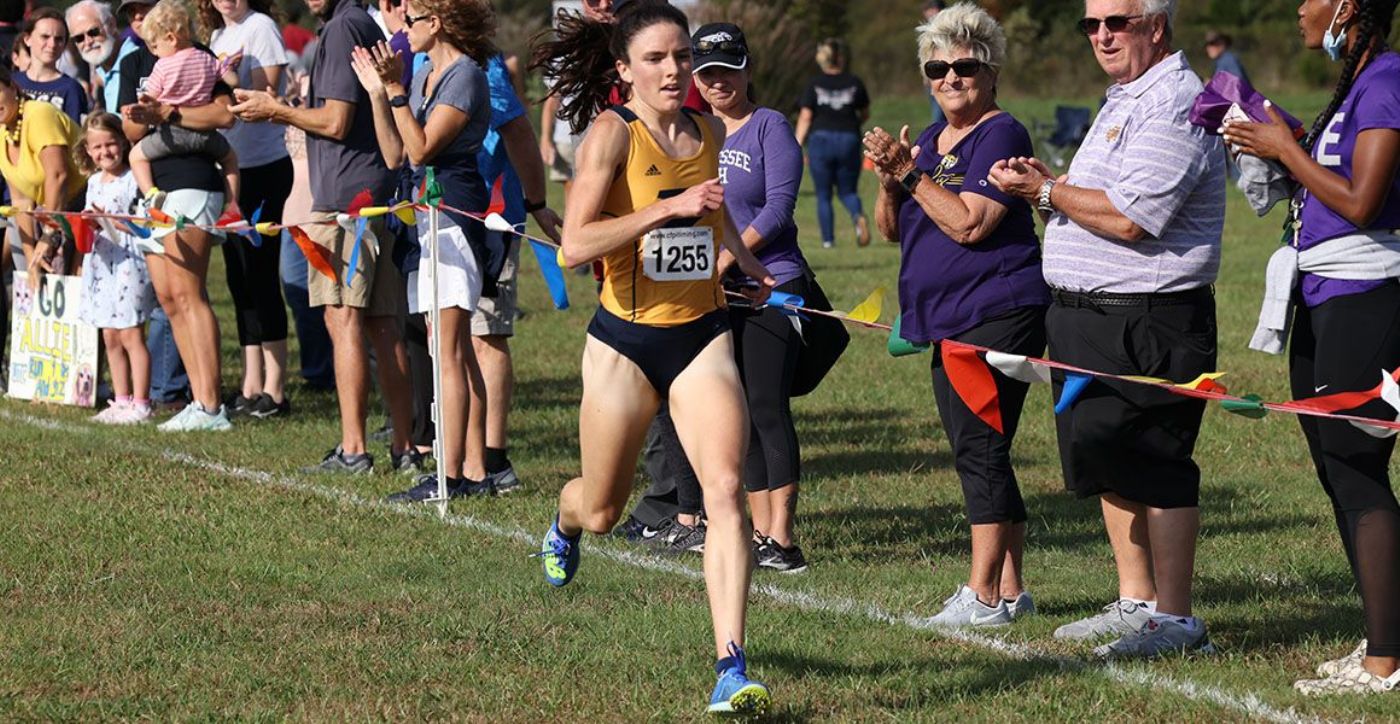 COOKEVILLE, Tenn. (Oct. 15, 2021) – ETSU’s Lindsey Stallworth (Knoxville, Tenn.) made the most of her final tune up before the Southern Conference Championship in two weeks.

Stallworth, the reigning SoCon Runner of the Year, turned in her third career collegiate win as she crushed the field in Friday’s Golden Eagle Invitational from the Putnam County Sports Complex.

Stallworth, who won her first two races last fall including the SoCon Championship, clocked in at 17:54.6 in Friday’s 5K race, which was over 46 seconds faster than her nearest competitor. The Knoxville, Tenn. native averaged a 5:45 minute mile and defeated a pair of Tennessee Tech runners. Amanda Laboy finished second in 18:41.4, while Helen Pacurariu-Nagy placed third in 18:43.7.

Joining Stallworth in the top-10 were Genevieve Schwarz (Oak Ridge, Tenn.) and Kiera Snyder (Clyde, Mich.). Schwarz posted her second top-10 collegiate finish as she finished sixth – her top placing of her Buccaneer career – clocking in at 19:01.8, while Snyder came in eighth (19:16.3). Friday also marked Snyder’s second top-10 finish as she placed fifth in her collegiate debut last fall at Newberry.

The Bucs now turn their full attention to the SoCon Championship, which will be held on Saturday, Oct. 30 in Lexington, Va.