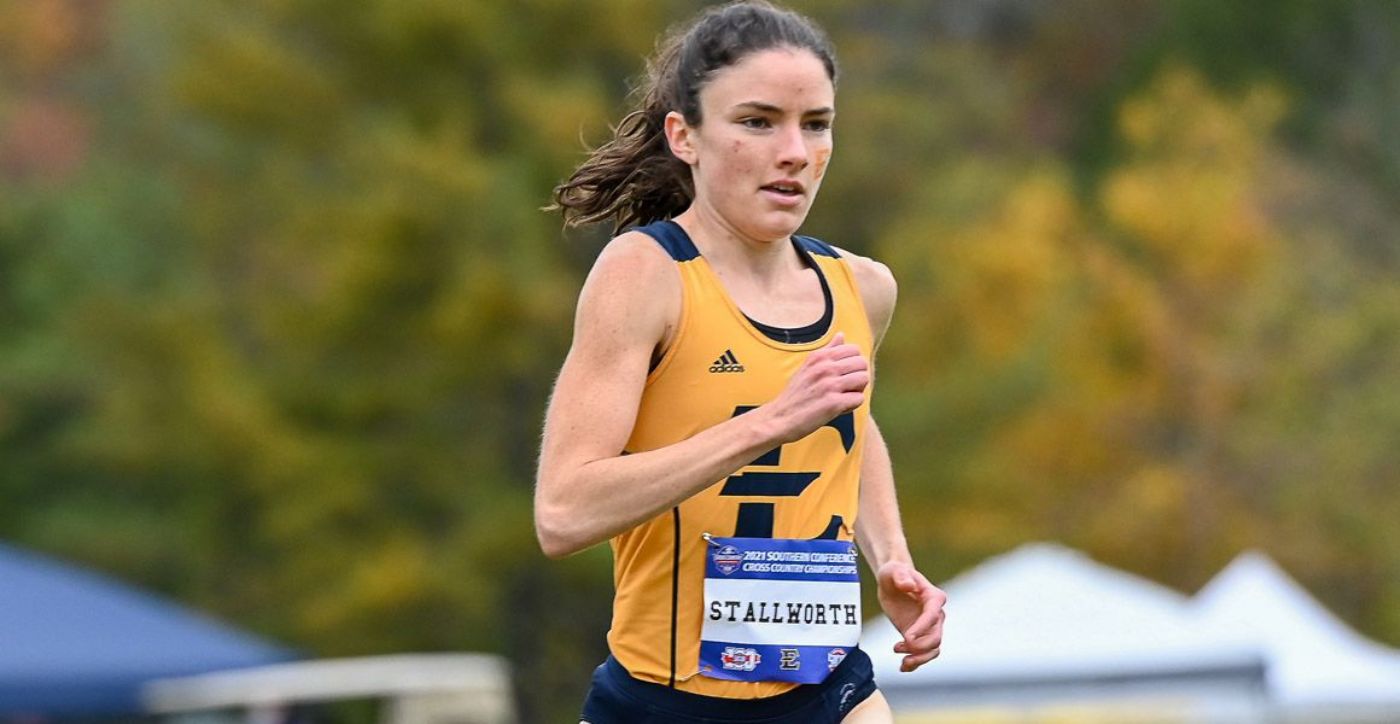 Stallworth, who became just the second female Buccaneer runner to win the SoCon championship a year ago, was one of three ETSU runners to post top-20 finishes as she crossed the line in 17:57.1. The Knoxville native was in 10th place at the 1K mark and moved into sixth at the 2K position. From there, Stallworth jumped three Furman runners to get into third with 1K remaining in the race, but the Buccaneer All-American couldn’t pluck off the final two Paladin student-athletes to make it back-to-back titles at the conference meet. At the post-race ceremony, Stallworth received first team all-conference honors for the second straight year.

Genevieve Schwarz (Oak Ridge, Tenn.) had her best finish at the SoCon meet where she jumped 13 spots over the 1K mark to the finish line en route to placing 13th in 19:04.9. Schwarz was 26th at the 1K position and passed two runners down the stretch to earn all-conference honors for the second straight year. Teammate Kiera Snyder (Clyde, Mich.) was three spots behind in 18th with a time of 19:20.8.

As a team, ETSU missed finishing runner-up by three points as the Bucs totaled 86, compared to Samford’s 83 points. Furman won its ninth straight SoCon championship, finishing with 18 points as they had nine of the top 10 runners in the field with Stallworth being the only runner to break up the Paladin pack.

ETSU’s other two scorable runners came from Shila Kapaya (Knoxville, Tenn.) and Lindsay Holliday (Maryville, Tenn.) as they finished 30th and 31st. Kapaya, the 2018 SoCon Freshman of the Year, crossed the line in 20:03.8 and Holliday finished in 20:06.7.

The Bucs now gear up for the NCAA South Regional, which will be held Friday, Nov. 12 in Huntsville, Ala.