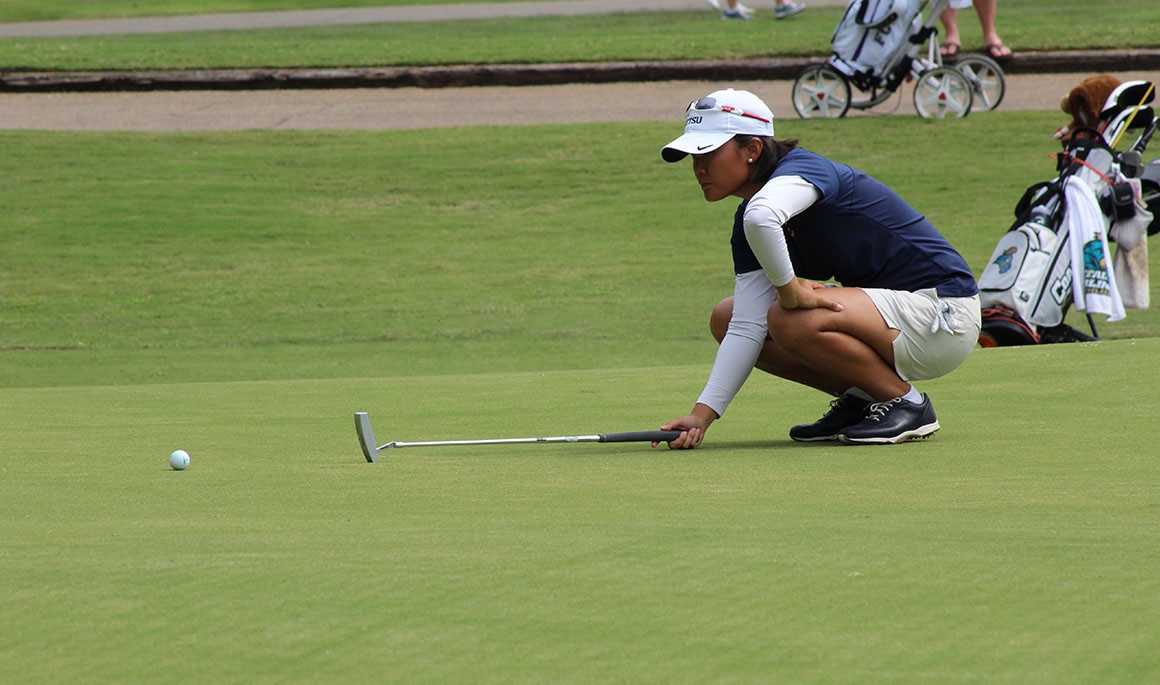 Vivienne Chin leads the Bucs at the Edwin Watts/Kiawah Island Spring Classic with a score of even.
Bucs crack top ten at biggest tournament in nation
Related Links

Kiawah Island, S.C. (Feb. 28, 2016) – The ETSU women’s golf are in seventh place after the first round on Sunday at the Edwin Watts/Kiawah Island Spring Classic, which is the biggest tournament in the nation with 41 participating teams.

Vivienne Chin (Kota Kinabalu, Sabah, Malaysia) is pacing the Bucs as she sits even after day one, which is tied for ninth individually. She was able to tally four birdies on the first day of the three-day tournament. Chin is one stroke away from matching the 52nd player in the nation, Alessandra Liu of Williams & Mary.

Linda Dobele (Ogre, Latvia) is picking up where she left off last fall by posting a 2-over par day at the Osprey Point Golf Club. She carded two birdies on the front nine.

The team finds themselves just one stroke from cracking into the top five in the tournament after posting a 298-team score.

Hee Ying Loy (Baru, Kulaijaya, Malaysia) concluded day one with a 3-over 75. She finished with 1-over par on the back nine including a birdie on hole 13. Dominika Czudkova (Cesky Tesin, Czech Republic) shot a 77 on Sunday, which included 14 pars.

Chattanooga leads the tournament, as they are 5-under as a team. Three of the five golfers shot even or better at the Osprey Point course. All UTC golfers are in the top 15 individually.

Emily McLennan of Chattanooga and Malene Krolboll Hansen of Coastal Carolina are tied for the individual lead at 4-under 68.

The Bucs tee off day two at Oak Point Golf Club on hole ten. They will be paired with Chattanooga and Old Dominion and will begin their day at 10:43 a.m.