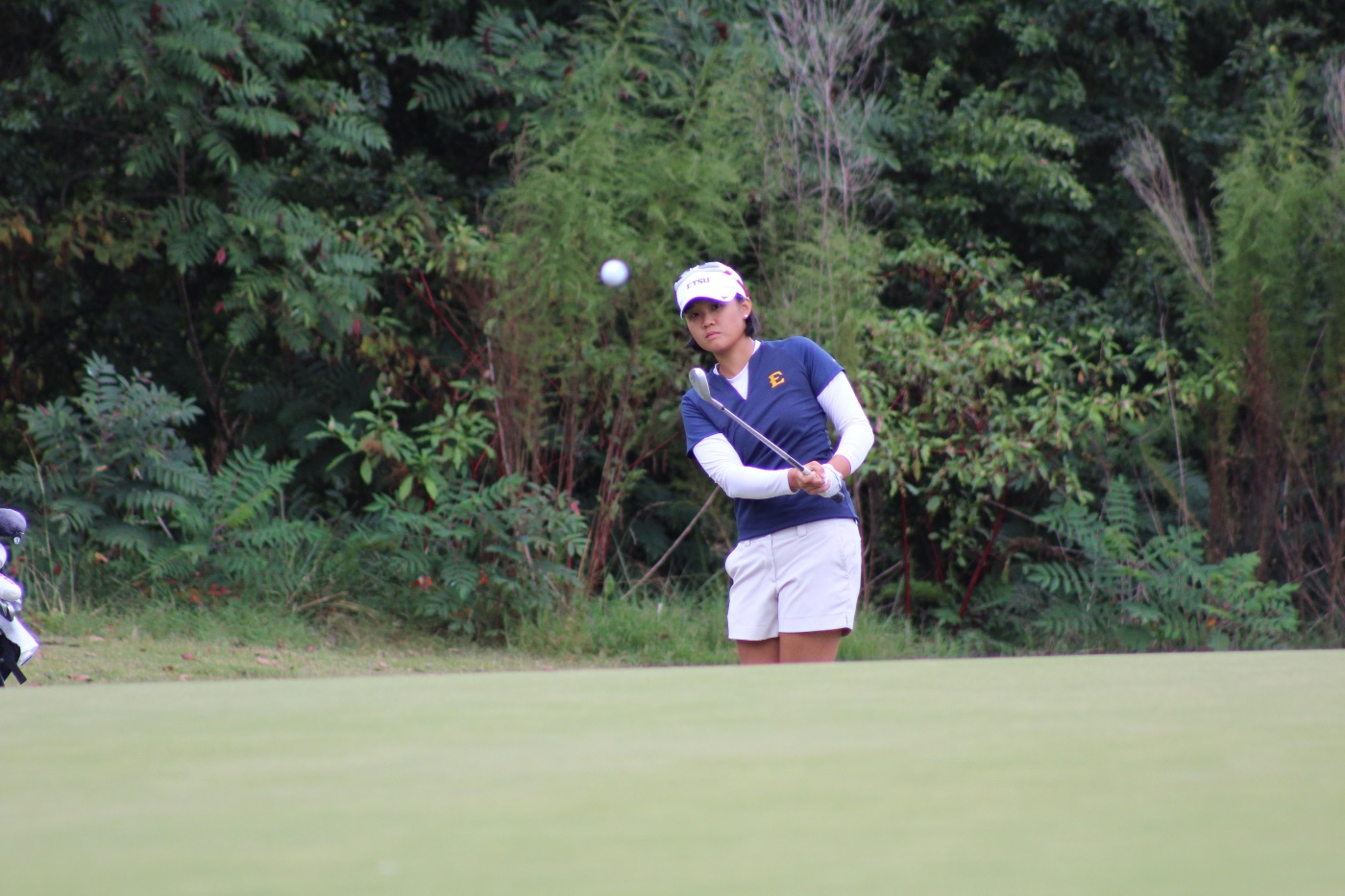 Chin is leading ETSU after shooting even the first day and 1-over on the second at the Oak Point Golf Club on Monday. She shot 15 pars today, including seven straight from holes three through nine. She improved from being T-9th individually to sixth overall and is just four strokes from tying Fatima Cano, who is currently first individually from Troy University.

Hee Ying Loy (Baru, Kulaijaya, Malaysia) matched her first day score with a 3-over par 75. She shot three birdies including two on the back nine. She is tied for 23rd individually with a 6-over 150 score after day two.

The Bucs improved one spot as they are tied for sixth with Mercer with a 26-over 602 team score. ETSU is just three strokes behind fifth place Old Dominion who fell one spot after shooting 18-over par Monday. The Bucs had the ninth best score of the day with 16-over 304 at Oak Point.

Coastal Carolina and host College of Charleston are tied for the lead at 589. Chattanooga dropped out of first and into third place after carding 25-over on the second day. Three Southern Conference members are in the top six teams at the tournament.

Heather Munro of Elon University made one of the biggest improvements Monday as she jumped 23 spots after posting a 4-under 68. She is currently in second place and just one stroke behind Cano. Alessandra Liu (52nd ranked player in the country) is just one stroke ahead of Chin with a score of even.

The final day for ETSU will start at 9 a.m. at the Osprey Point Golf Club, which is the course the Bucs played on Sunday. The Blue and Gold are paired with T-8th Delaware and Troy.