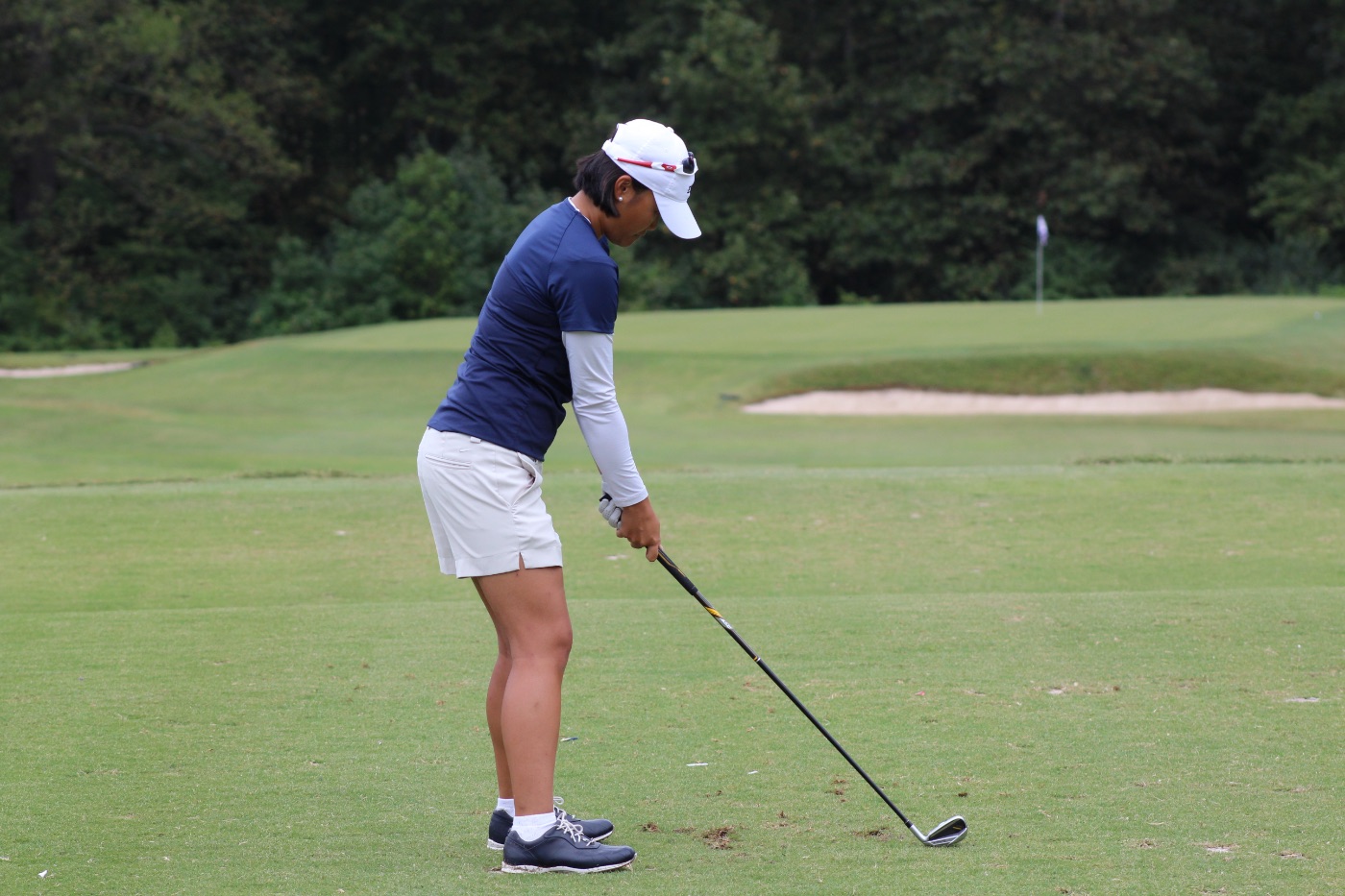 Chin started the day at the Osprey Point Golf Course on hole six. Through 15 straight holes on Tuesday, she was 1-under after shooting two birdies on holes 8 and 17. She finished the tournament with seven total birdies and 39 pars. This is Chin’s second best outing of senior season as she finished tied for third at the Pinehurst Challenge in October.

“Vivienne arrived this week with the determination to walk away with some hardware. Her zone is impenetrable, and it’s going to be a fun spring watching her,” said head coach Stefanie Shelton.

The Bucs were just a pair of strokes out from clinching a top five slot and matching Elon University, who fell one position after shooting 10-over on Tuesday. Out of the 41 teams at the Edwin Watts/ Kiawah Island Classic, the Bucs managed to outduel 34 teams to finish as the top sixth team.

Rachel Pollock (Guelph, Ontario, Canada) made the biggest improvement for the Blue and Gold as she jumped 17 spots as she carded a 4-over on Tuesday.

“We were able to get a taste of being in the mix of leaders this weekend. It’s where we belong, and I know the ladies look forward to playing each weekend with a chance to win,” said Shelton. “The ladies stepped up and played with a lot of confidence this week. It was a great start to the spring schedule.”

Fatima Cano of Troy and Emily McLennan of Chattanooga finished the tournament tied number one overall after finishing 6-under 210 in the three-day tournament. McLennan shot 5-under on Tuesday to match Cano which included three birdies in her last six holes.

Coastal Carolina was named the outright team champion of the tournament after the Chanticleers shot 6-under 871 at Kiawah Island. Chattanooga fell by eight strokes to claim the second overall team, and host team College of Charleston slipped out of first after carding a 7-over on the final day of the outing.

The Buccaneers will take a ten day break before heading to Augusta, Ga. to play in the three-day 3M Augusta Invitational.