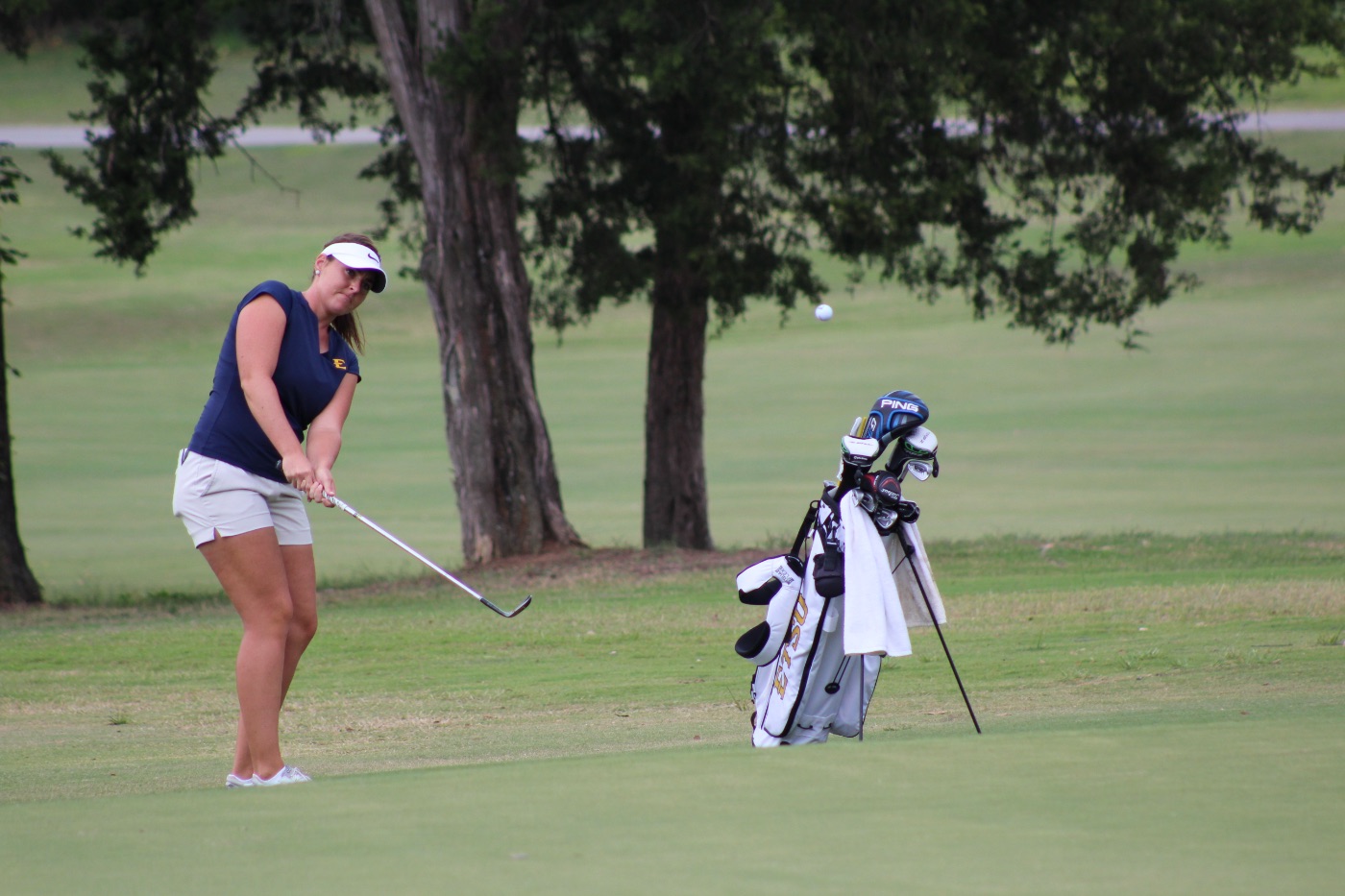 Rachel Pollock (pictured) leads the Bucs with a 1 under 71 on Friday.
Bucs atop leaderboard at Augusta Invitational
Related Links

Augusta, Ga. (March 11, 2016) – In a field featuring two top-25 teams and four in the top-50 nationally, the ETSU women’s golf team sits atop the leaderboard after firing a 2-over-par 290 on day one of the 3M Augusta Invitational on Friday from Forest Hills Golf Club.

The Bucs – who are tied with Furman for the team lead – are nine shots ahead of No. 17 Florida State and 11 strokes better than No. 21 Texas A&M. Both ETSU and Furman hold a five-stroke advantage over No. 35 East Carolina (third place) and an eight-stroke lead over No. 42 Augusta and Kennesaw State who are both tied for fourth.

Hee Ying Loy (Baru, Kulaijaya, Malaysia) and Rachel Pollock (Guelph, Ontario, Canada) are leading the team as they finished day one at 1-under 71 through 18 holes. The duo is tied for fourth and ahead of three golfers who are ranked in the top 50. Loy recorded a team-best four birdies, while Pollock birded three holes – including the par-4, 300-yard No. 18 – to end the afternoon.

Vivienne Chin (Kota Kinabalu, Sabah, Malaysia) finished with an even-par 72 after carding 14 pars, placing her tied for ninth. After recording a bogey in four of her first five holes, Linda Dobele (Ogre, Latvia) played her last 13 holes at even-par and is tied for 34th at 4-over 76.

Second round play gets underway with a shotgun start, beginning at 8:30 a.m. The Buccaneers are paired with Furman, East Carolina, and Augusta on Saturday.