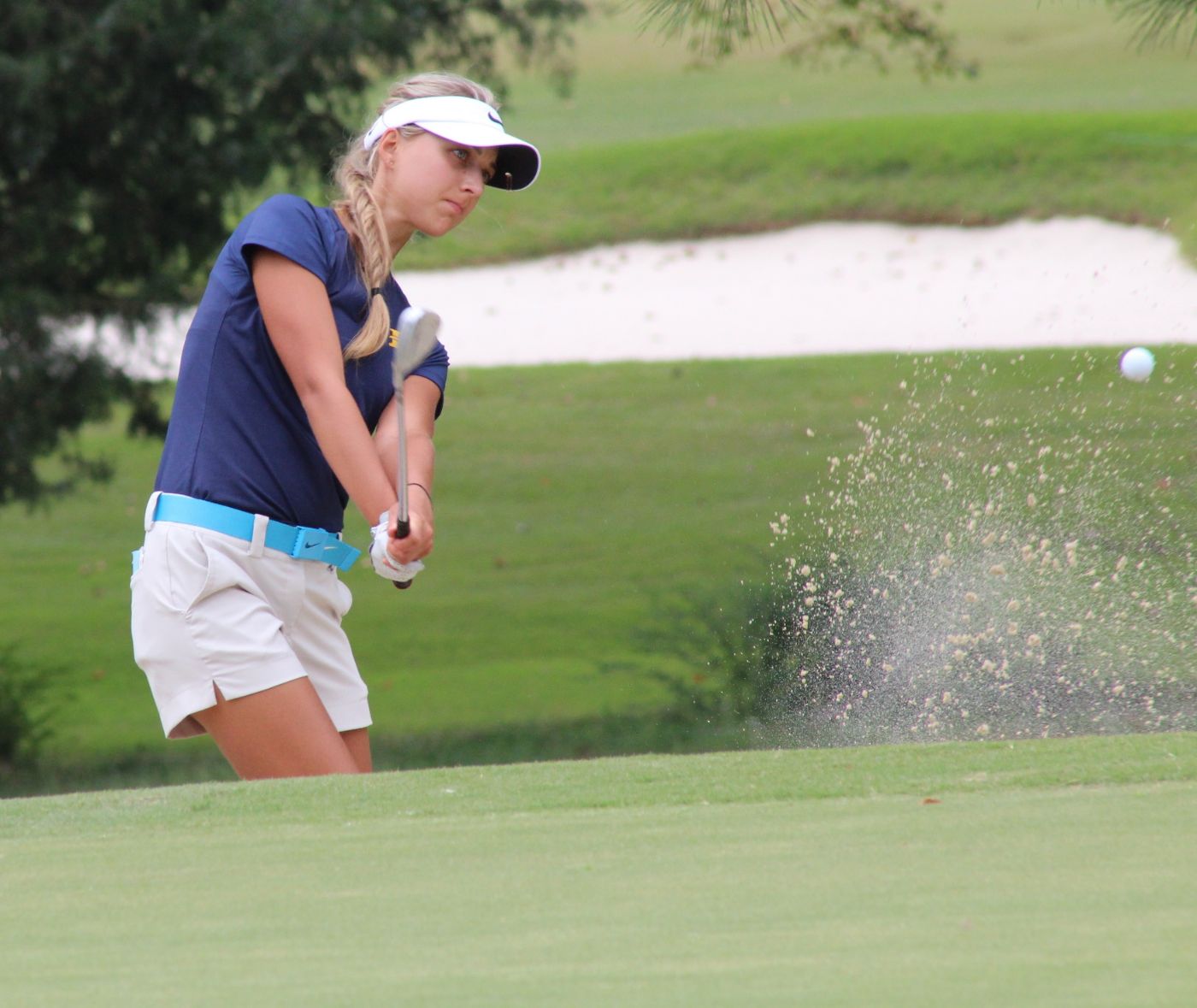 Bucs wrap up day one in Kennesaw
Related Links

­ETSU improves by 11 strokes in the second round

Kennesaw, Ga. (March 28, 2016) – The ETSU women’s golf team finished rounds one and two at the Hennsler Financial Intercollegiate on Monday as the Bucs made the biggest improvement of the tournament from round one to round two by 11 strokes.

Dominika Czudkova (Cesky Tesin, Czech Republic) leads the Blue and Gold as she is tied for 31st with an 11-over 155. She recorded a 3-over 75 on her second round which included 13 pars and a birdie on hole five. After shooting an 84 on the first 18 holes, Hee Ying Loy (Baru, Kulaijaya, Malaysia) made the biggest improvement on the team by dropping ten strokes in the second round. Loy inked three birdies in the second 18 holes and shot even on the back nine. Rachel Pollock (Guelph, Ontario, Canada) and Loy are tied for 41st individually with a 14-over 158.

Vivienne Chin (Kota Kinabalu, Sabah Malaysia) cracked the top 40 individually by shooting 78 and 79 on her first day. Chin and Pollock led the team in the first round as they each shot 6-over.

All five Buccaneer golfers finished within the top 50 individually, and as a team, ETSU sits in 10th place and are just three strokes from cracking into the top eight.

No. 26 Texas Tech leads the event with a 7-over 583 and are 19 strokes ahead of the second place Illinois and No. 34 Augusta. ETSU is outpacing Southern Conference foe Mercer University by one stroke and are three strokes from jumping host team Kennesaw State University.

The final day of the Henssler Financial Intercollegiate will start at 9:15 a.m. with ETSU teeing off from holes 12-15 and are paired with Mercer and Georgetown.