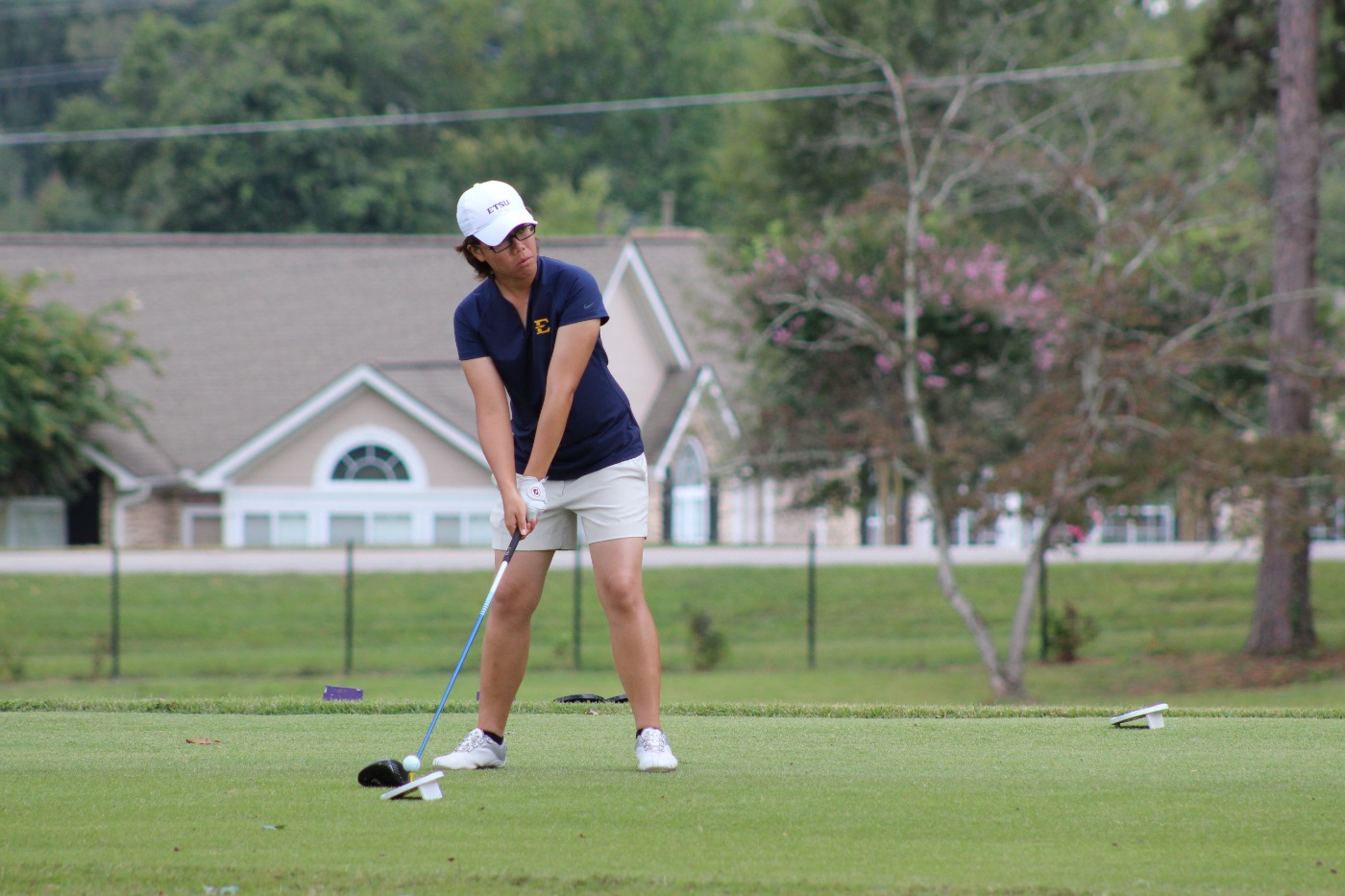 OXFORD, Miss. (April 1, 2016) – ETSU women’s golf team sits in second place and just three strokes out of first place at the Rebel Intercollegiate after concluding day one with a 12-over 300 at the Ole Miss Golf Course on Friday.

Hee Ying Loy (Baru, Kulaijaya, Malaysia) leads the team with a 1-over 73 after recording 14 straight pars from holes five to 18. She is currently tied for 8th. Vivienne Chin (Kota Kinabalu, Sabah, Malaysia) is one stroke from tying Loy after Chin shot even on the front nine. Chin inked three birdies, which all came on the front nine, and she is tied for 12th individually.

Dominika Czudkova (Cesky Tesin, Czech Republic) carded the most birdies on the ETSU team with four. She had two birdies on both the front and back nine, and she is the third Buccaneer placed in the top-20 individually at tied for 19th. Rachel Pollock (Guelph, Ontario, Canada) was the fourth scorer for the Bucs as she finished with a 5-over 77. Pollock shot 12 pars, which was the second most for the Buccaneers.

ETSU is outpacing two Southern Conference foes, Samford and Western Carolina, by at least ten strokes, and the Bucs are just three strokes out of the first place Troy Trojans. There is a five-way individual tie for first place in the tournament with a 1-under 71.

The second round of the Rebel Intercollegiate will begin for the Bucs at 10:21 a.m. on hole one with Linda Dobele (Ogre, Latvia) the first to tee off. ETSU will be paired with Troy University and Harvard University.