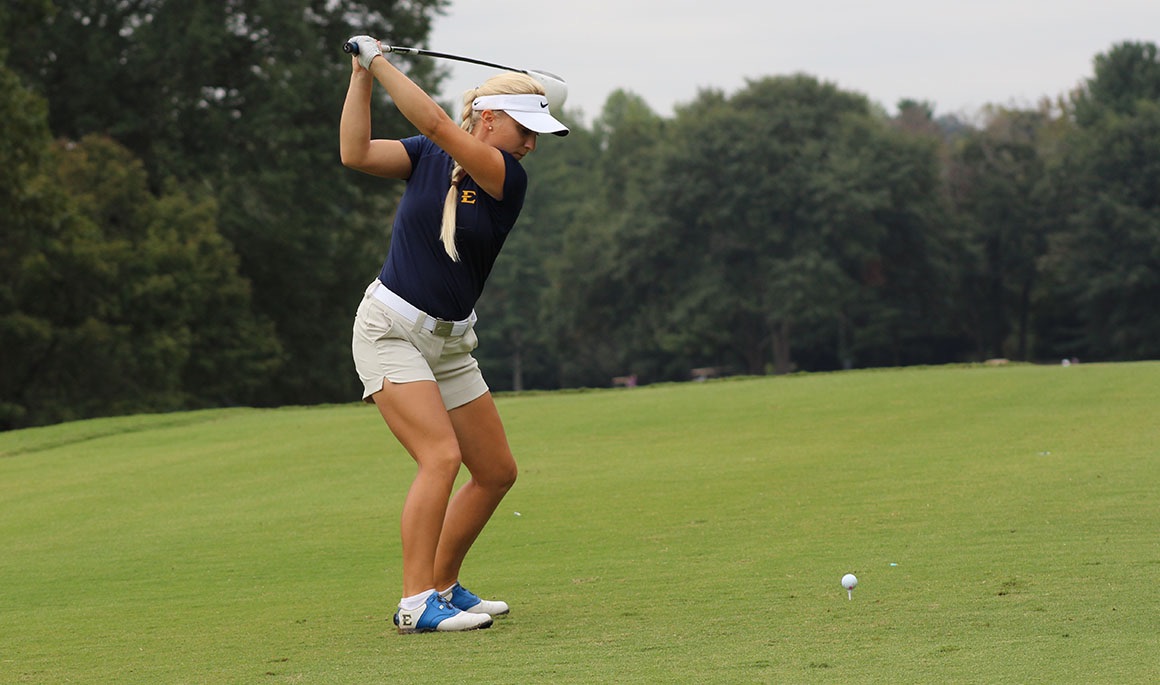 Linda Dobele (pictured) is tied for third after day one at the SoCon Women's Golf Championship.
Dobele and ETSU sit in third as Bucs finish day one at SoCon Championship
Related Links

Chin shoots an eagle on hole eleven; Loy and Chin tied for seventh

The Bucs – who have three golfers in the top seven – sit in third-place following round one in Pooler, Ga.

Dobele came out firing in the first day as she inked two birdies in her first four holes and finished the first nine holes with a 1-under 35. She finished the afternoon tallying four birdies, which was the most on the team. After the first 18 holes of play, Dobele is also in third-place and is three off the lead.

Hee Ying Loy (Baru, Kulaijaya, Malaysia) and Vivienne Chin (Kota Kinabalu, Sabah, Malaysia) concluded their first round with a 4-over 76. Chin finished the back nine with a 1-under 35 and highlighted her last nine holes with an eagle on the par-4 No. 11. Chin is one of two players in the tournament to sink an eagle on day one. Maegan Higgins of Wofford shot the second eagle on the 17th hole.

Dominika Czudkova (Cesky Tesin, Czech Republic) rounded out the scores for the Blue and Gold as she tallied a 7-over 79 on the first day and is tied for 13th.

As a team, ETSU is seven strokes back of Furman as the 22nd-ranked Paladins lead the tournament at 10-over-par 298. Furman was paced by Alice Chen and Valentina Romero on day one, as the Paladin duo are in first and second-place, respectively. Chen inked a 1-under 71 by registering three birdies and 14 pars and Romero is two shots back at 1-over 73.