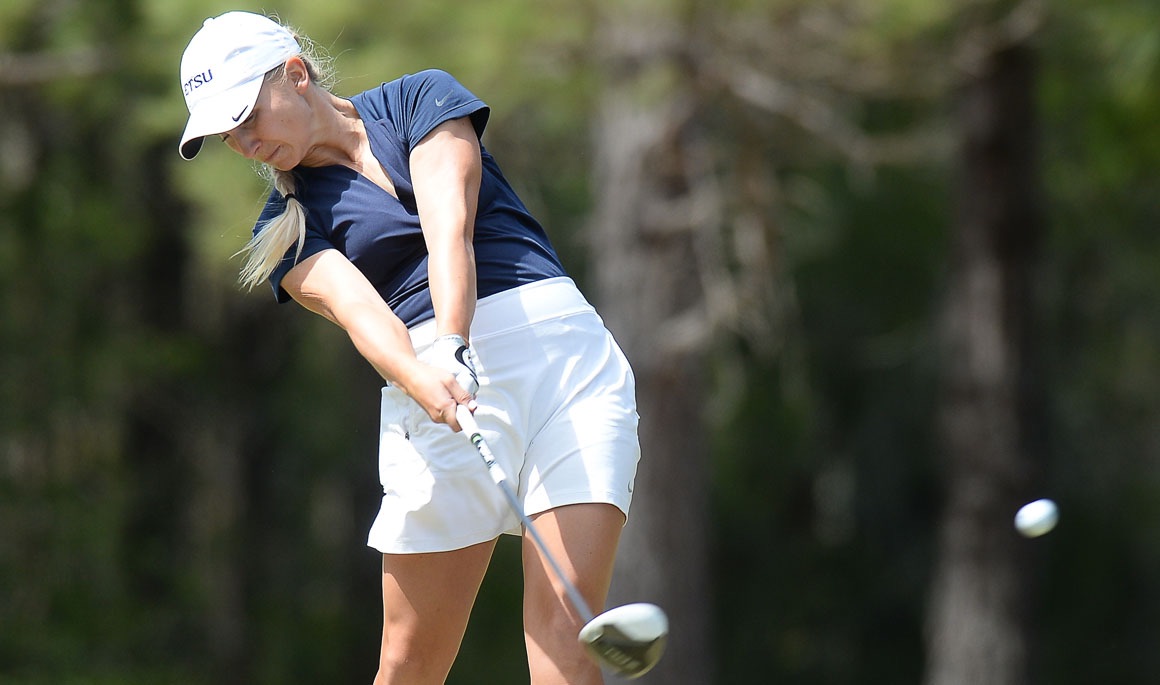 POOLER, Ga. (April 11, 2016) – With inclement weather predicted for Wednesday, the Women’s Golf SoCon Championship finished the final two rounds Tuesday in Pooler, Ga. The Bucs had three individuals in the top-10 as the team finished in third.

Linda Dobele (Ogre, Latvia) paced the Buccaneers in the championship as she concluded her final two rounds shooting 3-over-par 147, and clinched a top-five in the tournament, which was her best finish this year. Dobele averaged 4.33 birdies and 8.33 pars per round at the Savannah Quarters.

Hee Ying Loy (Baru, Kulaijaya, Malaysia) and Vivienne Chin (Kota Kinabalu, Sabah, Malaysia)-matched Dobele on Tuesday as they each carded even-par and 3-over 75 in the final two rounds at the Savannah Quarters Country Club. Loy and Chin each tied for eighth, marking Loy’s fifth top-ten finish this year and Chin’s third top-ten finish in her last five outings.

Chin was under par for most of the second round but dipped back to even after hitting a bogey on her last hole. Loy started with two birdies and two bogeys on her first five holes in the second round, but she found rhythm during the next eight holes by shooting 1-under in that stretch.

Rachel Pollock (Guelph, Ontario, Canada) inked a team-low 1-over 73 in the third round, and finished the tournament tied for 15th with a 16-over-par 232.

The Blue and Gold finished in third place after all three rounds. The Bucs, however, made a ten-stroke improvement from the first to second round and shot the second-best 9-over-par 297 behind Furman’s 4-over 292 in the third round. ETSU shot 33-over-par 897 (309-295-297) and ended eight strokes behind second-place Chattanooga.

Furman clinched their second straight SoCon Conference Championship and did so by 14 strokes. Chattanooga finished in second with a 25-over-par 889.

Furman’s Alice Chen and Chattanooga’s Megan Woods finished tied for first after recording a 2-over 218 after the two-day tournament. Woods eventually won sole possession of first on the fifth hole in a head-to-head playoff.