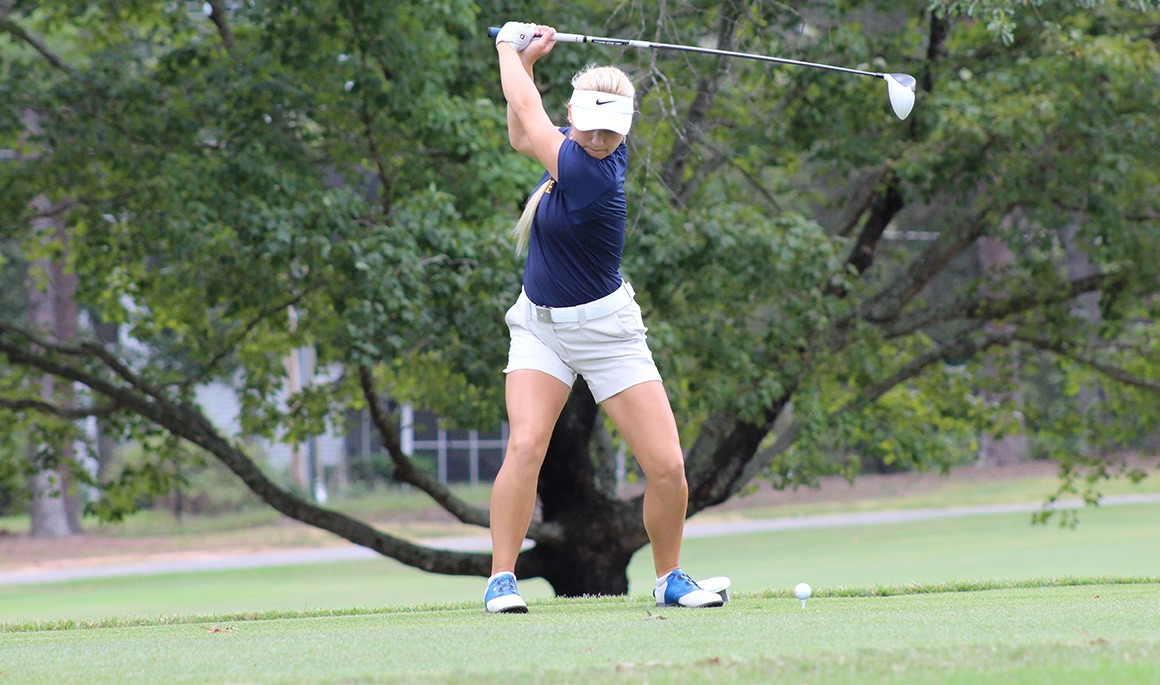 After sitting in seventh place after day one, the Bucs improved two spots after shooting 300 on day two. As a team, ETSU shot the fourth-best round with New Mexico State University carding a team-low 7-over 295 in the final round.

Loy Hee Ying led the Blue and Gold for the second straight day as she capped off the first tournament of the season with a 5-over 221 (76-73-72). She started her final round with four birdies in her first eight holes, but her score fell back to even after shooting 3-over on the final two holes.

Rachel Pollock (Guelph, Ontario, Canada), Linda Dobele (Ogre, Latvia) and Ankita Kedlaya (Bangalore, India) concluded their second day at The Rawls Course by carding 4-over 76. Each of the girls inked a birdie in their final 18 holes.

The Aggies led the entire tournament and finished the tournament at 16-over 880. Four of the five players for NMSU finished in the top-10, individually, and was led by Camille Orito and Kennedie Montoya. The duo finished with 3-over 219. However, Texas Tech Red Raider, Gabby Barker, took home the individual crown after she shot under par in her two of the three rounds in the tournament.

Host school, Texas Tech, had three players in the top-3 with Lauren Mason finishing 3rd for the Red Raiders. She dropped out of the top spot after shooting 5-over 77 in her final round.

Annie Freman of Santa Clara jumped 31 spots after shooting a tournament-best 3-under 69 in the final round in Lubbock.

ETSU will take a break before heading to Greenville, S.C. to compete in the 2016 Lady Paladin Invitational starting on Sept. 23. This is the third straight season the Bucs have participated in the tournament.