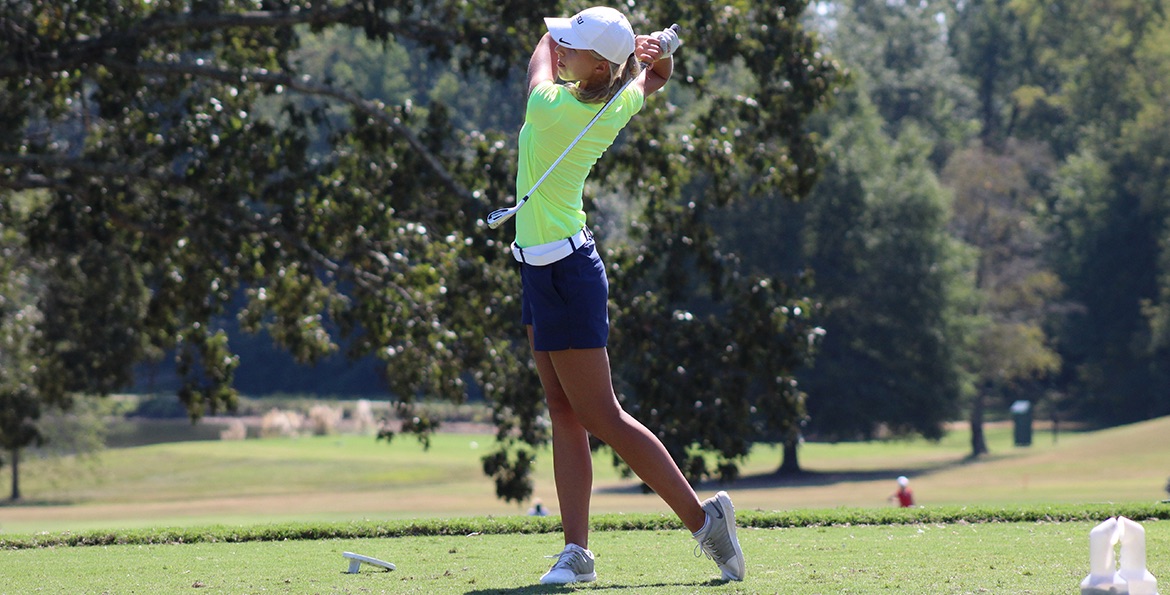 Czudkova shot a career-best 3-under 69 en route to improving 27 spots on the individual leaderboard. She finished tied for 34th with a 5-over 221 (75-77-69), and she also recorded an eagle on her final hole of the tournament for the seventh overall eagle of the Lady Paladin.

Loy finished in the top-5 individually after inking a 1-under 71 in the final round. She sank three birdies – with all coming on par fives – and 13 pars at the Furman Golf Course. In the three-day outing, she finished with 12 birdies and 34 pars to her best finish since the Rebel Intercollegiate in April, where she finished tied for 2nd.

Improving each day at the Lady Paladin, ETSU improved three spots from day two after inking 2-over 290 and improved its overall score from yesterday by seven strokes to move into the top-10. This is the second tournament in a row where the Bucs finished in the top-10 in competitive fields.

No. 32 Texas claimed the top spot of the tournament after carding a 2-under 286 in day three and finished with an 11-under 853. Host school, No. 20 Furman, fell to second place with even par 288 and two strokes short of matching the Longhorns.

Emilee Hoffman of Texas took home the individual crown as she finished one stroke ahead of Alice Chen of Furman. Hoffmann finished the tournament with a 2-under 70 and an overall score of 6-under 210.

The Bucs will have a quick turnaround as they head to Columbia, Mo. on Oct 3rd. The two-day Johnie Imes tournament is hosted by the University of Missouri.