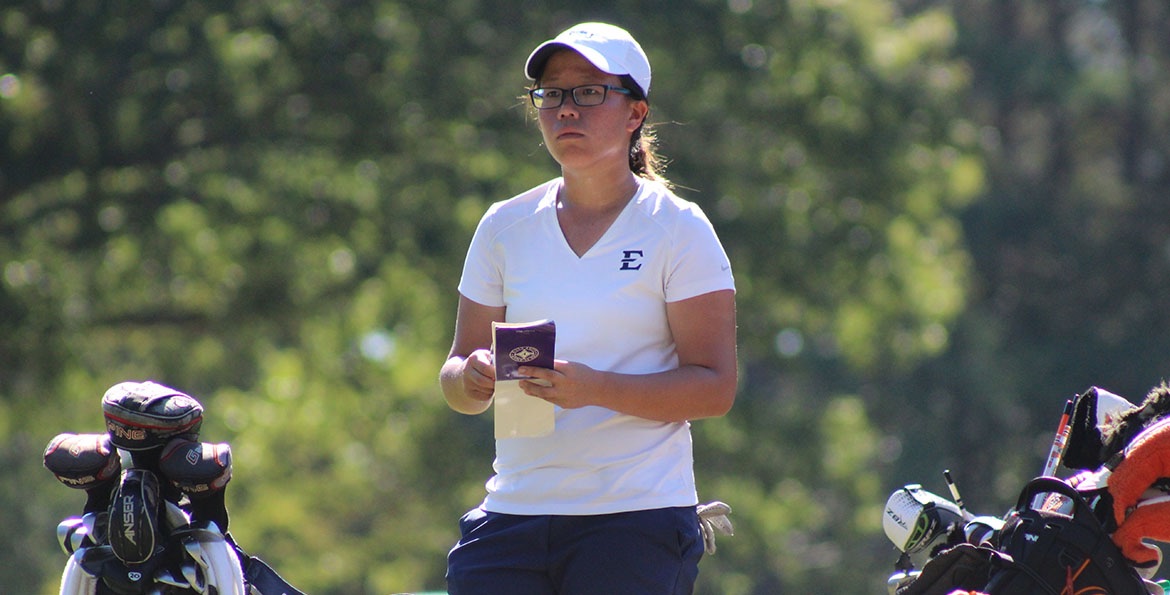 COLUMBIA, Mo. (Oct. 4, 2016) – Loy Hee Ying (Baru, Kulaijaya, Malaysia) finished tied for 2nd in the final round of the Johnie Imes Invitational on Tuesday as the ETSU women’s golf team placed 7th in the final day of the tournament.

Loy had the second-best day for the Blue and Gold in the final round as she carded 3-over 75. She finished in a four-way tie for 2nd at 3-under 213. Her first two rounds had her sitting atop the standings as finished 6-under 138.

Rachel Pollock (Guelph, Ontario, Canada) paced the Bucs in the final round as she carded 2-over 74 for her lowest outing this season. Her previous low this year was 4-over 76, which she did twice at the Red Raider Invitational. She drained four birdies in her final round at the Johnie Imes Invitational including three from holes one to five. Individually, she finished in the top-50 at 9-over 225 in the two-day outing.

Linda Dobele (Ogre, Latvia) cracked the top-25 for ETSU. In the first two rounds, she finished even par 144 but fell to 5-over 221 in the final round.

As a team, ETSU finished in 7th place with a 23-over 887. The Bucs dropped two slots on the final day after shooting 16-over 304 at the Old Hawthorne Golf Course.

Medy Thavrong of Kennesaw State claimed the individual crown at 5-under 211. She was in 4th place after the first day and moved to first after shooting even-par 72 in the third round.

The Bucs will take a 19-day break from the links as they prepare for the Kiawah Fall Invitational. The three-day tournament is set to begin on Oct. 23.