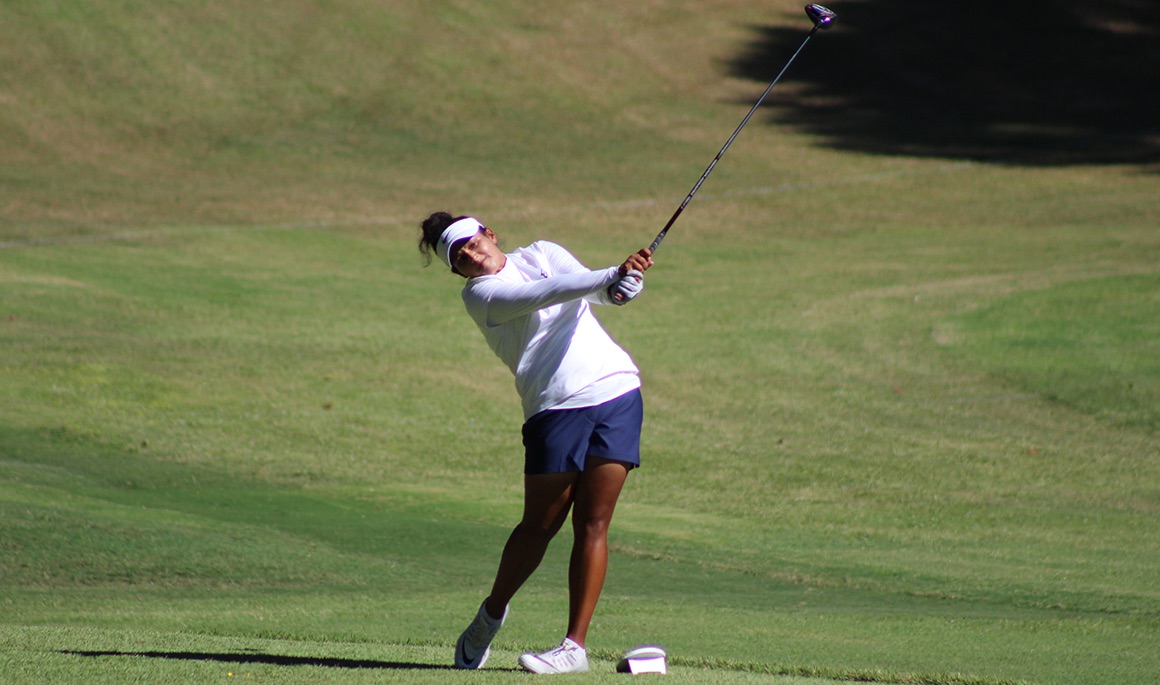 Kedlaya had a career-best day at Turtle Point Golf Course as she finished 1-over 73 to lead ETSU after the first round at the Palmetto Intercollegiate. She sank four birdies in her first six holes including two par-5 and two par-4 holes. She recorded a pair of birdies on the back nine for the most birdies (6) for ETSU after the first round. She is currently tied for 9th with eight other golfers including Malene Krolboll Hansen, who is 84th in the nation individually. Kedlaya is also out-pacing Fatima Cano – who is 77th individually in the nation – by one stroke.

Dominika Czudkova (Cesky Tesin, Czech Republic) was second on the team for ETSU as she carded a 4-over 76. She is tied for 34th individually after the first 18 holes. She recorded back-to-back birdies on holes 13 and 14 for the second-most birdies on the team in the first round.

As a team, ETSU sits tied for 11th at 19-over 307. The team is just seven strokes out of matching the tied for 6th Augusta University, who is 34th in the nation. The Bucs are out-shooting SoCon foe UNCG by five shots and is just a pair of strokes behind conference rival Mercer.

Ole Miss currently leads the pack at 2-over 290 with No. 43 Chattanooga and Coastal Carolina just two strokes out of matching the Rebels. Host school, College of Charleston, is tied for 4th at 11-over 299.

There is a three-way tie for first individually, which includes Monica San Juan of Chattanooga. Laura Fuenfstueck of College of Charleston and Madisen Bentley of Ole Miss matched San Juan at 2-under 70 after day one. Elon University has a pair of golfers in the top-5 with Aurelia Hamm (1-under 71) leading Kelsey Badmaev (even-par 72) by one stroke.

Second round action at the Palmetto Intercollegiate is set to begin at 9:15 a.m. with Rachel Pollock (Guelph, Ontario, Canada) being the first Buccaneer to tee-off for ETSU. The Bucs will start on hole 10 on Monday.