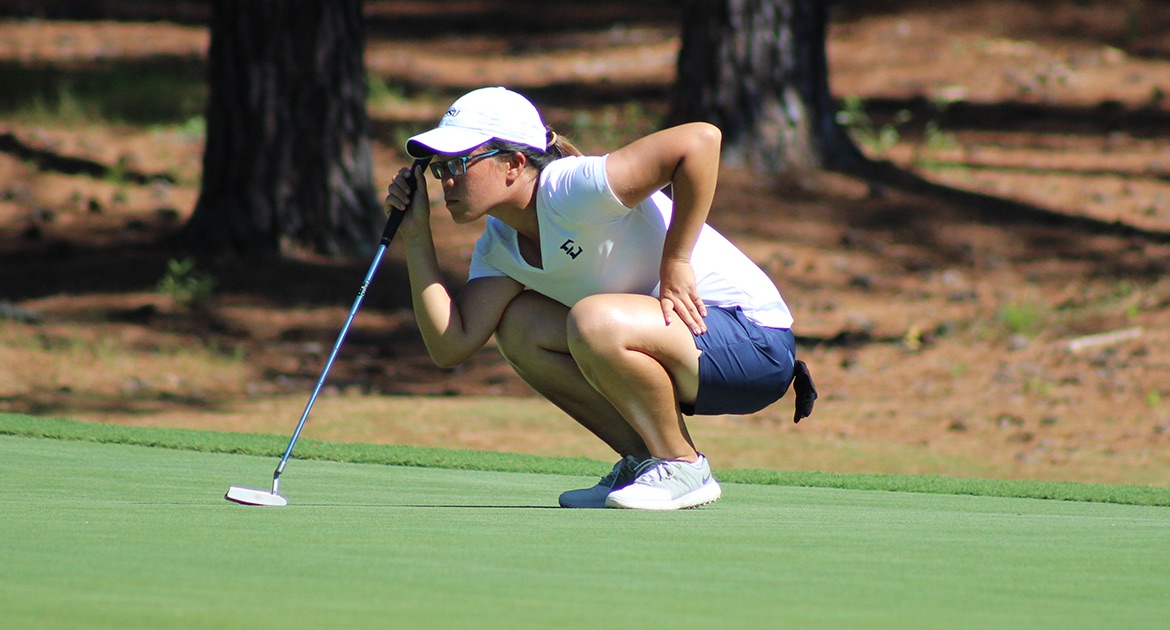 KIAWAH ISLAND, S.C. (Oct. 24, 2016) – Loy Hee Ying (Baru, Kulaijaya, Malaysia) rebounded after day one at the Palmetto Intercollegiate with a 2-under 70 outing on Monday to move the ETSU women’s golf team into the top-10 at the Turtle Point Golf Course.

Loy shot 6-over 78 in the first round and improved her score by eight strokes to move into the top-20 individually. On Monday, she started with a par followed by a bogey, but she gained momentum on holes 12 and 13 by sinking back-to-back birdies. Following the two birdies, she recorded five straight pars to end the front nine at 1-under 35. On the back nine, Loy recorded three birdies and four pars en route to matching her first nine hole score. After the second day, she is 4-over 148 and sits tied for 19th along with No. 77th individual Fatima Cano of Troy.

Rachel Pollock (Guelph, Ontario, Canada) also rallied after the first round with a 1-over 73 score on Monday. She started her round with a birdie on the longest par-5 at Turtle Point Golf Course. She concluded the front nine with a 1-under 35. She sank two more birdies on the back nine but recorded two over-par scores to finish 2-over 38 on the final nine holes.

Ankita Kedlaya (Bangalore, India) looked to continue her success after day one and finished with a 3-over 75. She sits tied for 28th individually after the second 18 holes. She sank 13 pars and one birdie to conclude her second round in Kiawah Island. S.C.

Coastal Carolina jumped into first place after inking 3-under 285 – an improvement of seven strokes from Sunday. Ole Miss sits six strokes behind the Chanticleers with Campbell and College of Charleston just three strokes behind the Rebels.

Malene Krolbell Hansen of Coastal Carolina leads the pack individually by one stroke over teammate Marie Lunackova. The duo each shot 1-over 73 in the first round, but Krolboll Hansen pulled ahead by a stroke after shooting 3-under 69. Three College of Charleston players are in the top-14 and are led by Laura Fuenfstueck, who dropped out of first place after a 2-over 74 outing.

Final round action for ETSU women’s golf is set to begin at 8:45 a.m. with a shotgun start. The Bucs will start on holes 9-11.