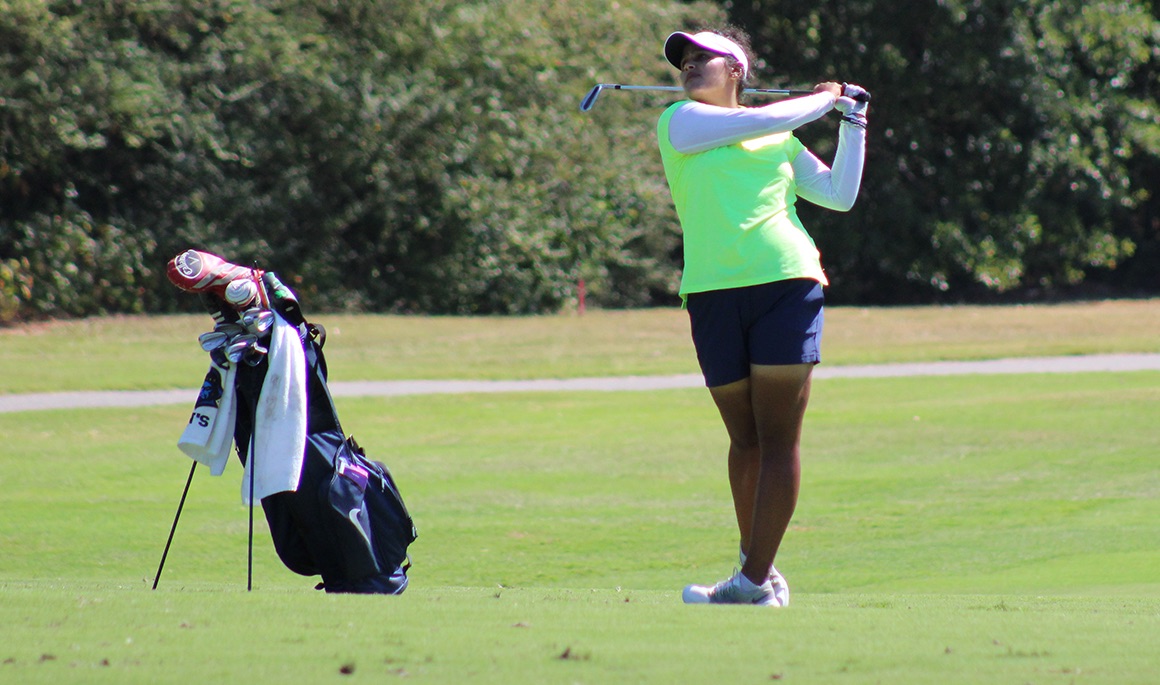 Freshman Ankita Kedlaya (Bangalore, India) and sophomore Loy Hee Ying (Baru, Kulaijaya, Malaysia) finished tied for 19th individually after the three-day tournament in Kiawah Island, S.C. Kedlaya led ETSU on the final day at 3-over 75, and Loy shot 4-over 76 on Tuesday. The duo finished in 19th with nine other players at 8-over 224. Both players combined for 19 birdies and 57 pars in the three-day outing.

After cracking the top-10 after the second round, ETSU stayed in tenth place on the final day. The Bucs were ten strokes from matching No. 34 Augusta, who fell two spots on the final day to eighth place. ETSU finished ahead of SoCon foe UNCG as the Spartans finished in 16th.

Campbell University recorded the lowest round on the final day at 5-over 293. The first place finish for the Camels is their best finish of the fall. Coastal Carolina dropped out of first by shooting 16-over 304 in the third round, and SoCon foe Chattanooga dropped one spot on the final day after recording its first team score of over 300 in the tournament.

Katy Harris of Ole Miss took home the individual crown by carding a 4-under 212 (73-70-69). She narrowly bested the 84th ranked individual Malene Krolboll Hansen of Coastal Carolina by one stroke. Malene Krolboll fell out of first by shooting a 1-under 71 in the third round, whereas Harris inked 3-under 69 to take control of the player leaderboard.

The Palmetto Intercollegiate was the Buccaneers final tournament of the fall schedule. They will return in Kiawah Island in late February for the Kiawah Spring Invitational, which is hosted by College of Charleston.