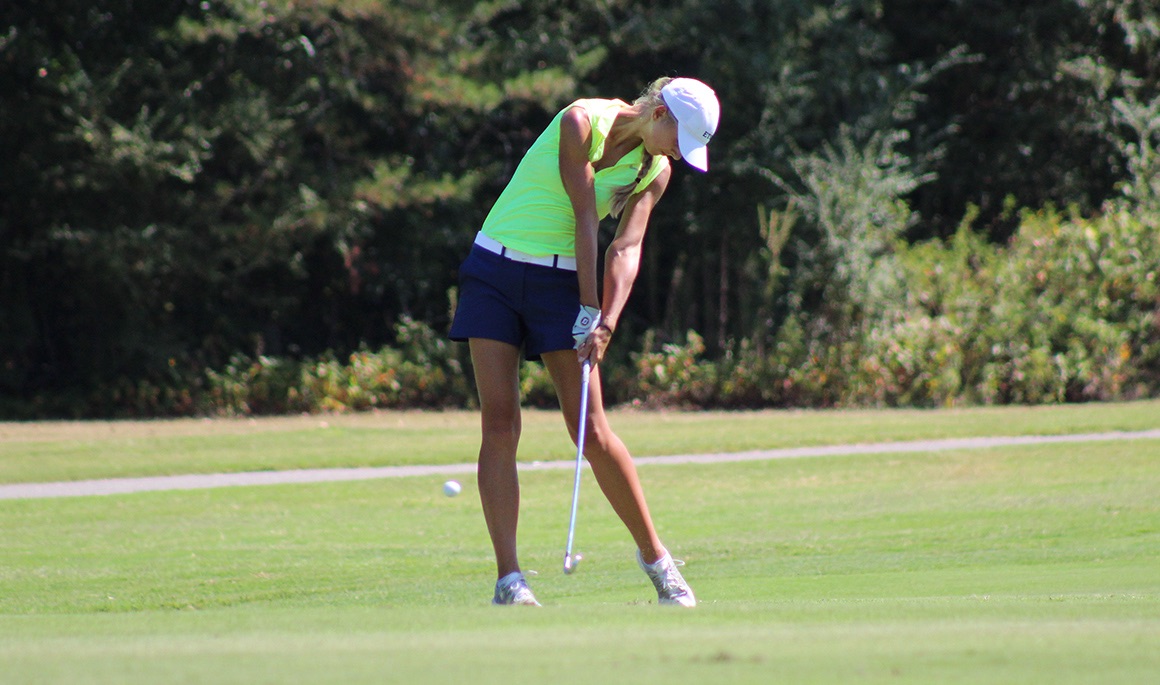 JOHNSON CITY, Tenn. (March 16, 2016) – For the fourth straight season, the ETSU women’s golf team will travel to Augusta, Ga. to compete in the 3M Augusta Invitational beginning on March 17 at the Forest Hills Golf Club.

Loy Hee Ying (Baru, Kulaijaya, Malaysia) won the individual title at the River Landing Classic just a week ago. It was her first time ever winning an outing, and she was rewarded for her accomplishments with her second career Southern Conference player of the week honor. She finished the outing at 3-under 213, but she posted a tournament and career-best 7-under 65 in the first round in Wallace, N.C.

As a team, ETSU had its best finish since the 2014 Atlantic Sun Championships when the Bucs won the team championship. At the River Landing Challenge, ETSU finished in second, but the team held its own as the Bucs held a two-stroke advantage over Penn State after the first two rounds.

Also posting a strong outing last week was freshman Ankita Kedlaya (Bangalore, India). She finished tied for 14th, which was a career best. She carded two 3-over 75s as well as a 1-over 73 on the final day to finish at 7-over 223.

Just behind her was seniors Rachel Pollock (Guelph, Ontario, Canada) and Linda Dobele (Ogre, Latvia). Pollock finished tied for 23rd, which is a season-best, and she matched a season-best 1-over 73 in the first round. Dobele finished one stroke behind fellow senior as she shot 11-over 227 in the two-day tournament. She stayed around her 75.49 stroke average as she carded a 75 and two 76 rounds in Wallace, N.C.

The 3M Augusta Invitational is hosted at the Forest Hills Golf Course. The tournament is a three-day outing beginning on March 17 and concluding on the 19th. The first two rounds have assigned tee times from 9:30 a.m. to 11:50 a.m. ETSU will start round one at 9:55 a.m. on hole 10 with Dominika Czudkova (Cesky Tesin, Czech Republic) teeing off first for the Blue and Gold. The Bucs are paired with Eastern Michigan and Daytona State College.

This is the 12th year of the 3M Augusta Invitational and the seventh straight year of playing the tournament in the spring.

There are 14 participating teams in the outing with No. 45 Augusta University playing host of the tournament. Also joining the 14-team field is No. 23 Purdue, No. 33 Tennessee, No. 65 Coastal Carolina and No. 70 Ole Miss.