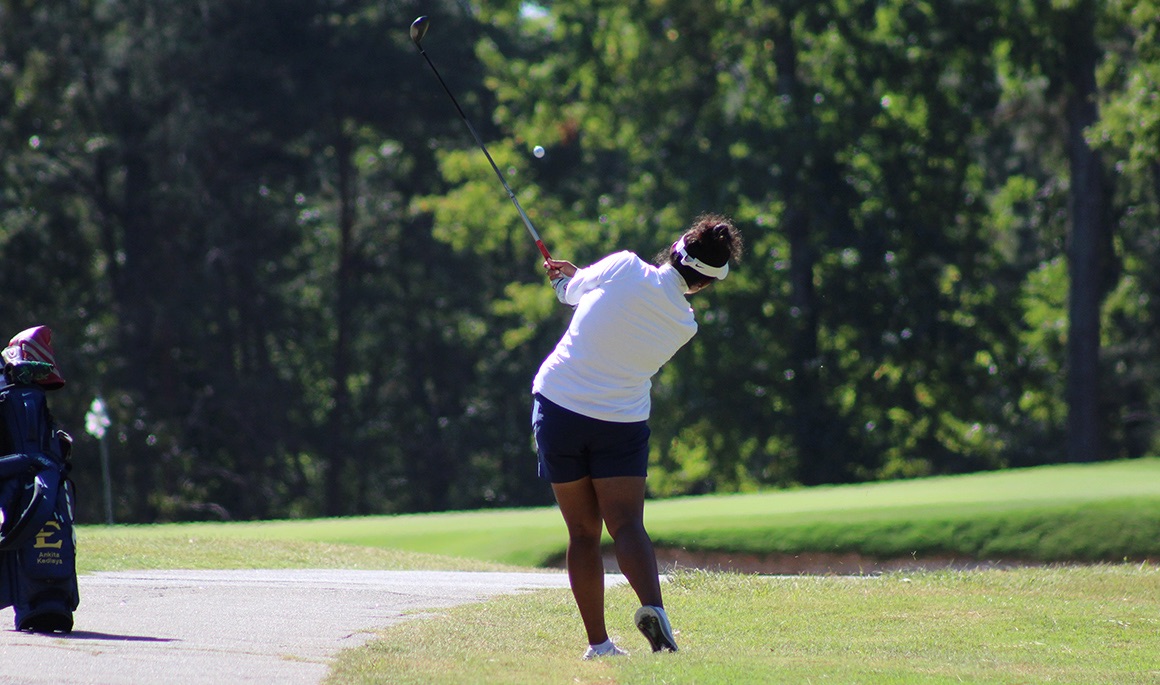 As a team, ETSU finished day one at 12-over 300 as the team sits in seventh place out of 14 teams. The Bucs are seven strokes ahead of host school No. 45 Augusta as the Jaguars concluded their first round with a 19-over 307. The Bucs were paired with the school leading the tournament – Daytona State College - as the Falcons carded a collective 1-under 287 score, and the Falcons are also out-shooting No. 23 Purdue and No. 33 Tennessee by one stroke.

Freshman Ankita Kedlaya (Bangalore, India) has been playing solid golf lately, and she leads the entire ETSU squad as she sits tied for 19th at 2-over 74 after Friday’s round. She is tied for the most birdies on the team with a pair of birdies. Both of her birdies came on the final four holes of her first round. She is currently tied with No. 92 Linn Andersson of Purdue and just three strokes away from matching No. 30 August Kim of Purdue and No. 89 Marlene Krolboll Hansen of Coastal Carolina.

Loy Hee Ying (Baru, Kulaijaya, Malaysia) and Rachel Pollock (Guelph, Ontario, Canada) are just behind their teammate as they each recorded a 3-over 75 in the first round at the Forest Hills Golf Club. Both Buccaneers started on hole ten and finished the front nine at 1-over 37. However, their overall score dipped a little farther as they both shot 2-over 38 on the back nine.

Linda Dobele (Ogre, Latvia) recorded the most pars on the team, and she is tied for third in the entire outing with 14 total pars. The Latvian native is tied for 39th as she rounded out the ETSU team score with a 4-over 76 outing on Friday.

Leading the individual pack is Jiwon Jeon of Daytona State College as she matched Loy’s first round score last week at the River Landing Classic, 7-under 65. Jeon holds a commanding lead over the tournament field as her closest competitor is five strokes away from matching the freshman from South Korea.

ETSU is the first team to tee off round two on Saturday as the Bucs start on hole one at 9:30 a.m. The Bucs are paired with Mississippi and Coastal Carolina, and Dominika Czudkova (Cesky Tesin, Czech Republic) will start the second round of the tournament for all teams.