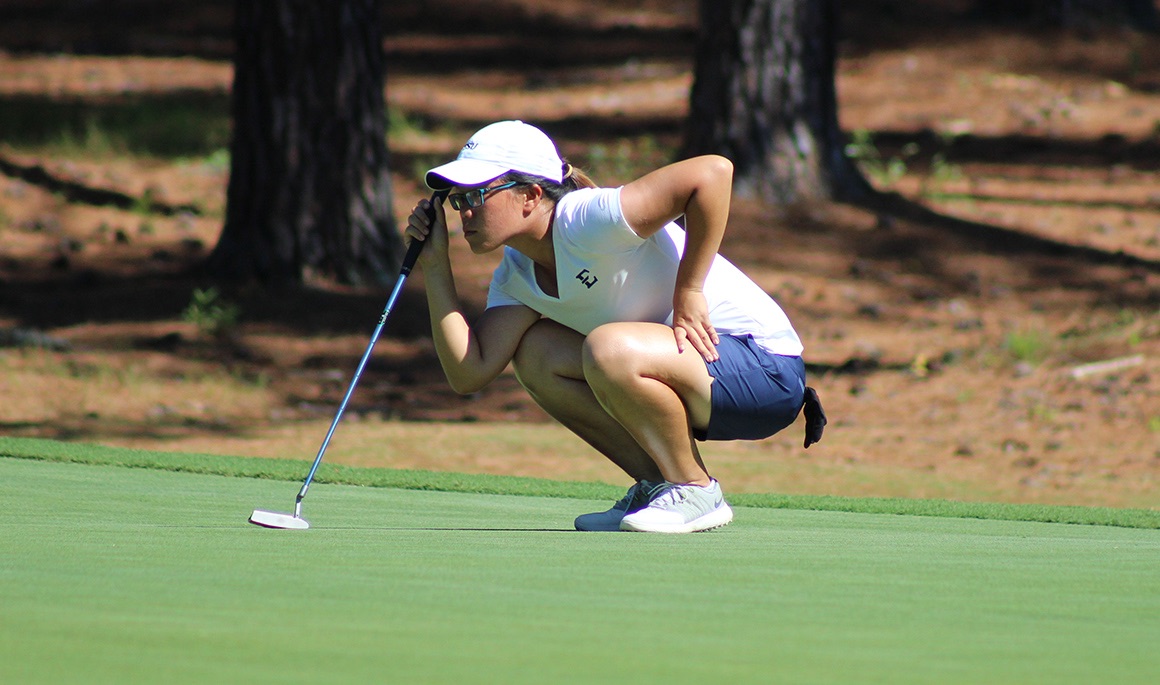 AUGUSTA, Ga. (March 18, 2016) – The ETSU women’s golf team and sophomore Loy Hee Ying (Baru, Kulaijaya, Malaysia) made big improvements on day two of the 3M Augusta Invitational on Saturday as the team improved three positions, and Loy jumped 25 slots to place tied for third after the second round.

Loy had incredible second round at the Forest Hills Golf Club in Augusta, Ga. as the sophomore carded a 5-under 67. The No. 88 golfer in NCAA Division I golf inked six birdies including back-to-back birdies on holes five and six. She improved 25 positions after the first round, which was the second-best improvement behind Amanda Hollandsworth of Virginia Tech who improved by 26 slots. Loy is also currently tied with No. 30 August Kim of Purdue at 2-under 142 after the first two rounds.

The sophomore finished in second place in the same event last year, and she has finished first and second in the first two spring events this year for ETSU.

As a team, the Bucs jumped three positions as they shot the second-best team score on day two of the 3M Augusta Invitational. ETSU is tied for fourth with host school No. 45 Augusta with an overall score of 19-over 595, and the Blue and Gold are 11 strokes behind No. 23 Purdue - who sits atop of the leaderboard - and No. 33 Tennessee.

ETSU had a pair of upperclassmen post strong outings on Saturday as senior Rachel Pollock (Guelph, Ontario, Canada) and junior Dominika Czudkova (Cesky Tesin, Czech Republic) each recorded a 3-over 75 score. Czudkova led the team with 13 pars in the second round, and Pollock sank a pair of birdies to cap off her outing. Pollock found consistency on the back nine as she recorded a par or better on eight of the nine holes.

Yeji Ahn (Changwon-City, South Korea) found a groove after making the turn as she penciled three birdies on the first four holes on the back nine.

Jessica Haigwood of Augusta narrowly bested Loy’s second round score by one as the Jaguar shot a 6-under 66 to jump her into first place. Jiwon Jeon of Daytona State College dropped one spot into second place after shooting 1-over 73.

The third and final round is a shotgun start that begins at 9 a.m. on Sunday, and ETSU is paired with Augusta and Daytona State College. The Bucs will start from hole four to hole seven.