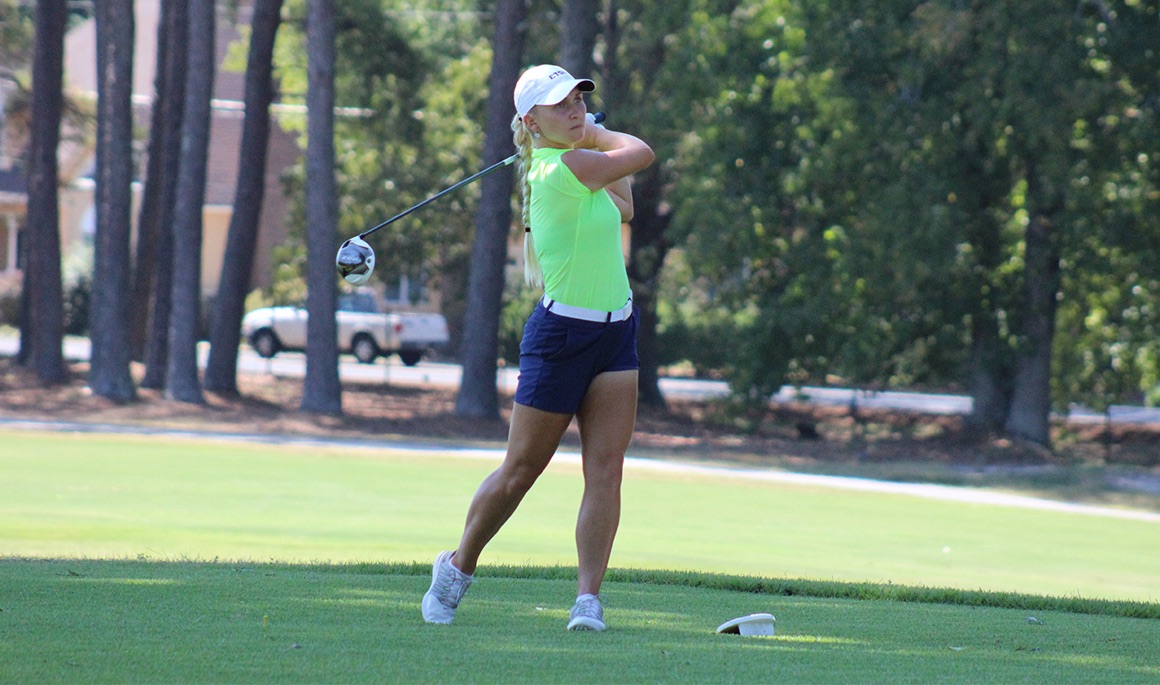 Dobele had the best outing for ETSU on Sunday as she posted a 2-over 74. She sank a total of five birdies to lead the Bucs as she played her best golf on holes one through nine, and in that stretch, she recorded four birdies. The senior finished tied for 30th on the individual leaderboard as she posted a 12-over 228 (76-78-74) in the three-day outing.

Loy Hee Ying (Baru, Kulaijaya, Malaysia) had the best overall finish for the Blue and Gold as the sophomore finished in the top-15 (tied for 13th). She carded an overall 6-over 222 in the three-day tournament, and in her final round, she finished at an 8-over 80 to complete her tournament.

Fellow senior Rachel Pollock (Guelph, Ontario, Canada) finished just behind Dobele as she placed tied for 35th at 13-over 229 after posting back-to-back outings at 3-over 75 on the first two days.

As a team, ETSU finished tied for seventh with Southeastern Conference member Mississippi. The Bucs shot 24-over 312 as they finished the 3M Augusta Invitational at 43-over 907 (300-295-312).

No. 23 Purdue won the team crown as the Boilermakers shot a 14-over 878 en route to a four-stroke win over No. 33 Tennessee. The Volunteers concluded their final round with a 10-over 298 as they finished in second. Host school No. 45 Augusta improved another position as the Jaguars shot a tournament-best 2-over 290 on the final day of the tournament.

Jessica Haigwood of Augusta maintained her first status after day two as she won the individual crown with a 12-under 204. She capped off her tournament with a field-best 5-under 67. Jiwon Jeon of Daytona State College finished second at 5-under 211, and No. 30 August Kim of Purdue placed third at 2-under 214

The Bucs next outing will be the Web.com Intercollegiate in Jacksonville, Florida. It begins on April 3 and concludes on the 4th.