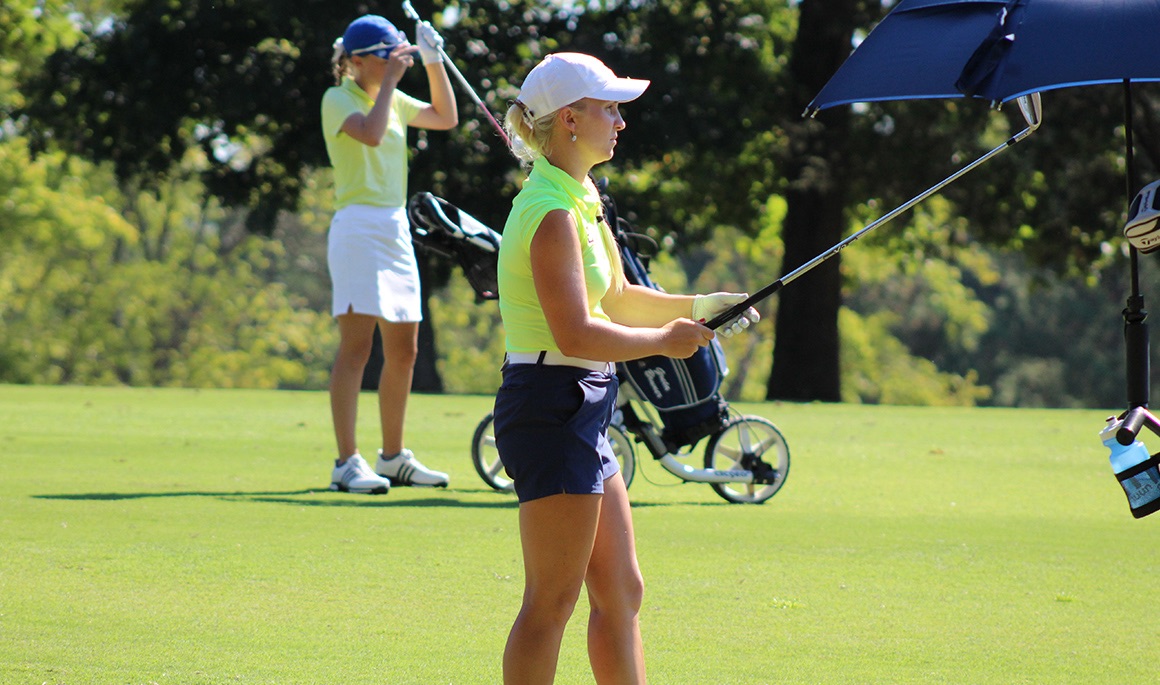 MACON, Ga. (April 10, 2017) – After winning its first outing in three seasons, the ETSU women’s golf team is sitting in the top-5 while Linda Dobele (Ogre, Latvia) and Loy Hee Ying (Baru, Kulaijaya, Malaysia) are second individually after the first two rounds at the highly-competitive Brickyard Intercollegiate in Macon, Ga. on Monday.

There are five ranked teams in the top-60 competing at the Brickyard Intercollegiate – No. 9 Furman, No. 21 Texas A&M, No. 42 Augusta, No. 56 Maryland and No. 59 Old Dominion. Furman, Texas A&M and Augusta hold the top three spots in order. However, the Bucs hold a lead on nationally ranked Maryland and Old Dominion by 12 and four strokes, respectively.

ETSU concluded its first two rounds at 23-over 599 (300-299) and is sitting in fifth place. The Blue and Gold are just a few strokes behind Augusta and Texas A&M and hold a two-stroke lead on host school and Southern Conference rival Mercer. The Bucs also hold an advantage on three other SoCon members.

Leading the Bucs is Dobele and Loy who are both tied for second individually at 1-over 145.

Dobele opened her first round shooting a 2-over 74, but she finished her second 18 holes at 1-under 71, which was the best score for the Bucs on the first day. Loy started the tournament shooting even-par 72 and followed that round by carding a 1-over 73 to tie her teammate and five other individuals. The duo recorded 11 combined birdies en route to runner-up status following the first two rounds.

Freshman Ankita Kedlaya (Bangalore, India) is right behind her teammates as she is tied for 16 at 4-over 148 (76-72). In her second round, she found momentum as she sank back-to-back birdies to start the second 18 holes. She concluded her day inking a birdie on the par-3 hole five to bring her score back to even-72.

Haylee Harford of Furman is leading the charge as she holds a narrow lead on the individual leaderboard at even-144 (71-73). Loy and Dobele sit one stroke behind the SoCon rival, as the tournament turns to its final round on Tuesday.

ETSU is scheduled to begin at 8:20 a.m. on hole one with Yeji Ahn (Changwon-City, South Korea) teeing it off first for the Bucs. The Blue and Gold are paired with Mercer University, Troy and Old Dominion