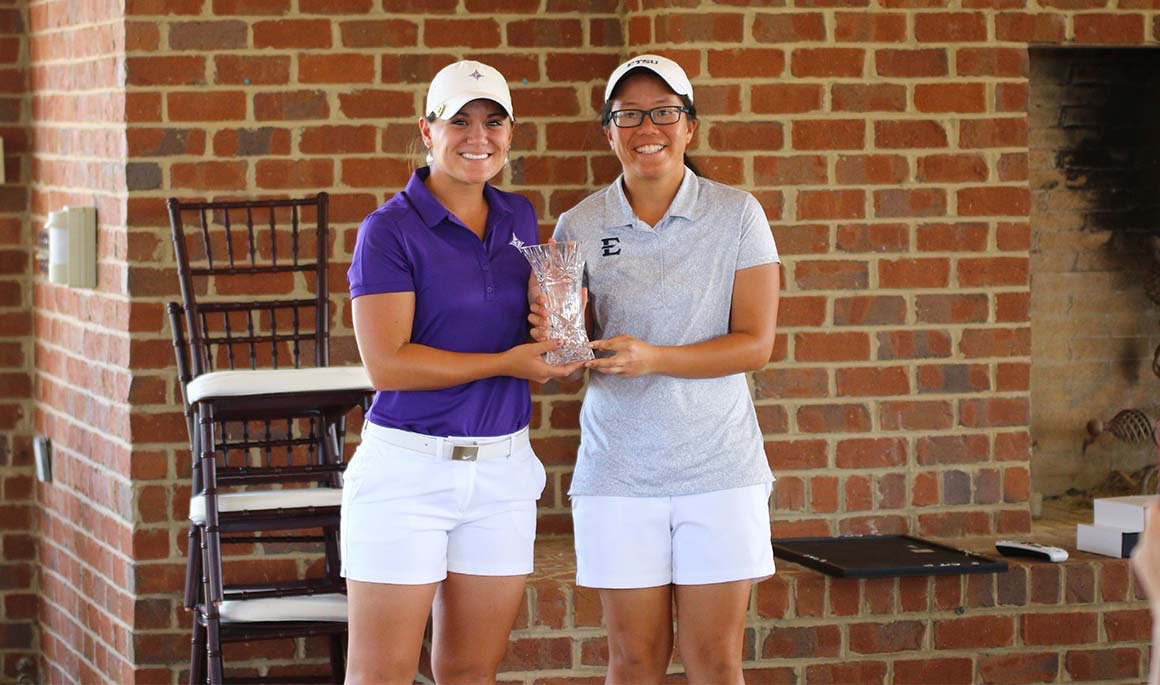 MACON, Ga. (April 11, 2017) – Sophomore Loy Hee Ying (Baru, Kulaijaya, Malaysia) broke the tournament and course record as she carded a 4-under 68 on Tuesday in the final round of The Brickyard Intercollegiate, which put her in a tie for first individually at The Brickyard Golf Club.

The victory in Macon, Ga. was Loy’s second individual victory of her career and her second in four tournament outings. Loy, along with her teammate Linda Dobele (Ogre, Latvia), were in a tie for second place after the first two rounds at The Brickyard Intercollegiate.

Loy carded a tournament and course-breaking 4-under 68 in the third round, which is the eighth time of her ETSU career to shoot below a 70. She finished the tournament at 3-under 213 (72-73-68), which put her in a tie for first place individually with Haylee Harford of Furman. Harford was leading after the first two rounds by one stroke, but Loy recorded one stroke lower than Harford in the final to force a tie with the Paladin.

After Monday’s play, Dobele was tied for second, but the senior shot a 6-over 78, which dropped her into a tie for 17th with two other individuals on the second day. She carded a below-par score in her second round as she shot a 1-under 71, which was the best score for the Bucs in the first two rounds.

Freshman Ankita Kedlaya (Bangalore, India) placed in the top-30 for her fourth time in her ETSU career. She finished in 29th with an 11-over 227.

The Brickyard Intercollegiate concluded ETSU’s regular season. The Bucs will now rest for two weeks as they prepare for the Southern Conference Championships from April 23-25 in Lexington, S.C.