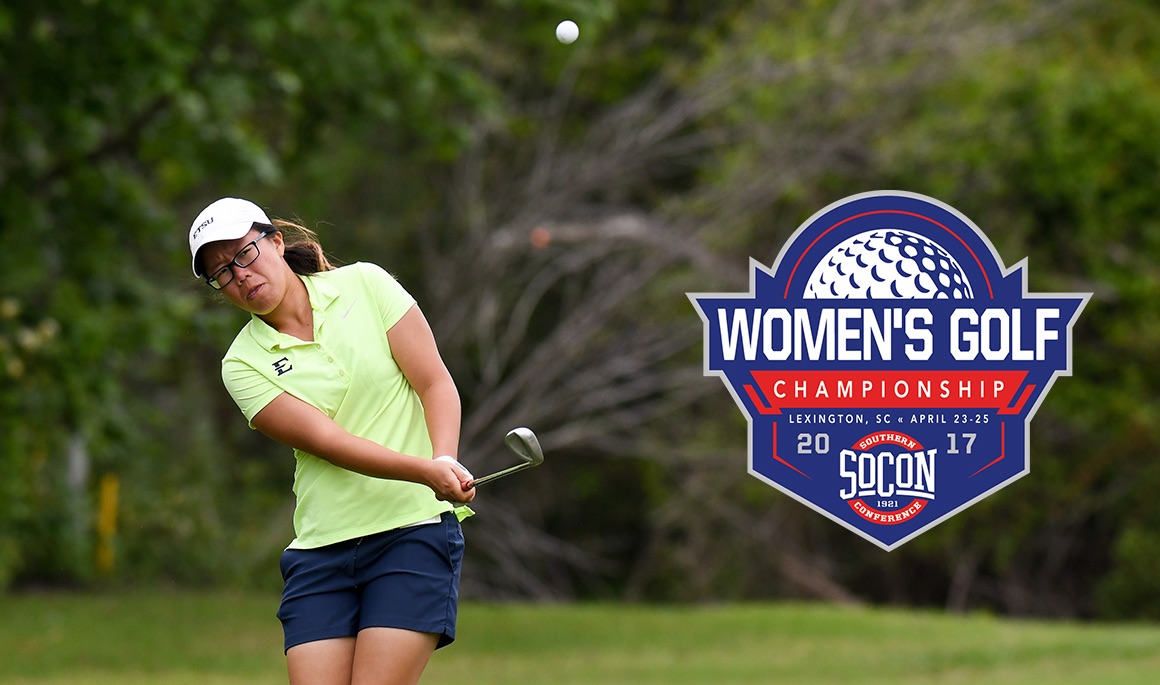 Photo courtesy: Southern Conference
Loy tied for first; Bucs in third after the first round of the SoCon Championships
Related Links

LEXINGTON, S.C. (April 23, 2017) – Sophomore Loy Hee Ying (Baru, Kulaijaya, Malaysia) leads the ETSU women’s golf team as she is in a three-way tie for first after the first round of the Southern Conference Championships, and the Bucs are in third, as a team, at 13-over 301 following the first 18 holes at the Country Club of Lexington on Sunday.

The 56th nationally ranked player, Loy, is tied for first after the first day of the SoCon Tournament as she carded a 3-under 69. She sank six birdies and 10 pars en route to sitting atop of the individual leaderboard. She started the opening round by sinking three birdies on the first four holes and four in the first seven holes. The opening round score of 69 marks the ninth time the sophomore recorded below a 70 this season.

Dominika Czudkova (Cesky Tesin, Czech Republic) sits in the top-10 as she penciled a 3-over 75, which was the second-best score for the Blue and Gold on Sunday.

As a team, ETSU sits in third place behind No. 10 Furman and No. 82 Chattanooga. The Bucs are only one stroke behind the Mocs. ETSU holds a two-stroke lead on Mercer and a five-stroke advantage on UNCG.

Furman recorded the best team score of the day as the Paladins shot an 8-under 280. Leading the Paladins is Natalie Srinivasan and Alice Chen, who both carded a 3-under 69 to tie ETSU’s Loy for first place. The Paladins placed four individuals in the top-5 and all five players in the top-15.

Second round action will continue on Monday at the Country Club of Lexington, as the Bucs will be paired with Furman and Chattanooga. Rachel Pollock (Guelph, Ontario, Canada) will begin the day for ETSU on hole one at 10:50 a.m.