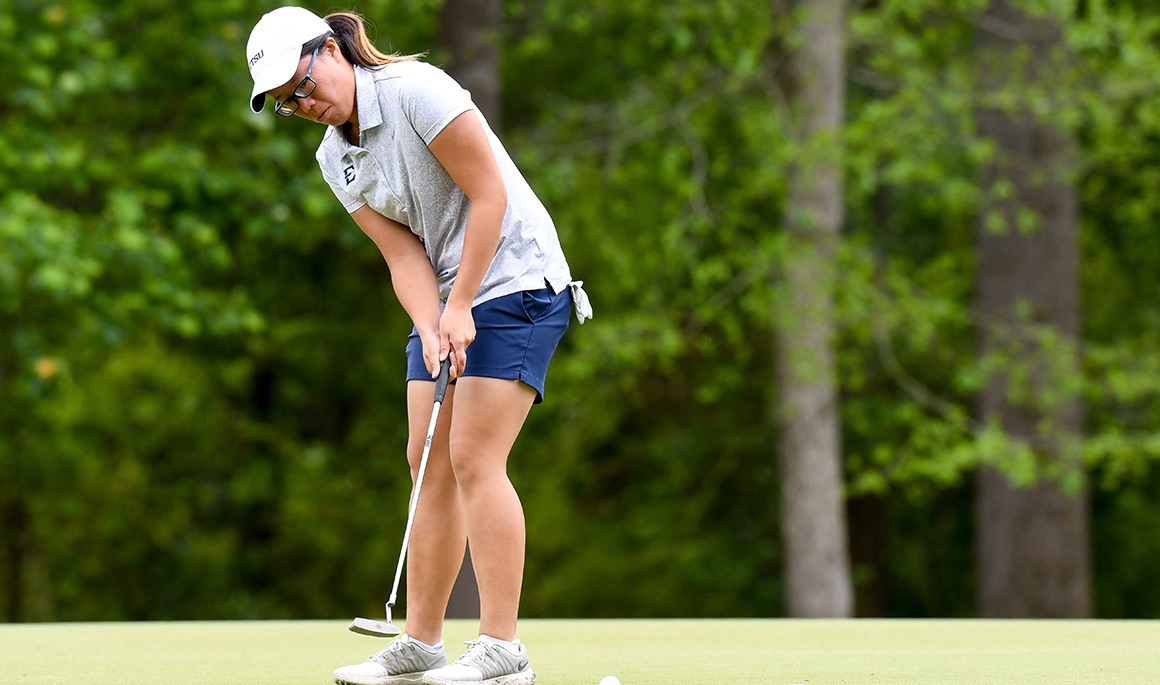 The sophomore will travel to Columbus Regional

INDIANAPOLIS, Ind. (April 27, 2017) – Southern Conference Player of the Year Loy Hee Ying (Baru, Kulaijaya, Malaysia) learned on Monday afternoon that her sophomore season isn’t over as she was selected to compete in the Columbus Regional Site of the NCAA Tournament as an individual.

“We are very excited to have Loy represent our women’s golf program in the NCAA regionals,” said head coach Stefanie Shelton. “She has been playing on a new level this year and worked hard to earn that first seed position as an individual.”

“I am familiar with the Scarlet Course at Ohio State having played there myself and coached there. I look forward to watching Loy in this next stage.”

Loy was selected as one of 24 at-large individuals. The sophomore is currently ranked No. 56 nationally, according to GolfStat.com.

The three-day Columbus Regional Site is hosted by Ohio State and will be played on the OSU Golf Club (Scarlet Course). The course is a par-72 and is 6,416 yards in distance. The first day of the regional is set to begin on May 8 at 7:30 a.m. and will conclude on May 10.

The SoCon Player of the Year led the entire conference with a 72.11 stroke average and she won two individual titles during her sophomore campaign – the River Landing Classic and The Brickyard Intercollegiate. She finished in the top-5 in seven events this year and in the top-10 in eight of the ten outings this fall and spring.

In her second year at ETSU, she broke the course and tournament record at the River Landing Classic as she carded a 7-under 65. That score was also the lowest score recorded by any SoCon golfer in the last 12 seasons.

A total of 384 participants have been selected for regional competition. Of these players, 132 will advance to the championship finals. Six teams and three individuals will advance from each regional site.

The national championships with begin May 19-24 at Rich Harvest Farms in Sugar Grove, Illinois. The final three days of the championship will be televised live by the Golf Channel.