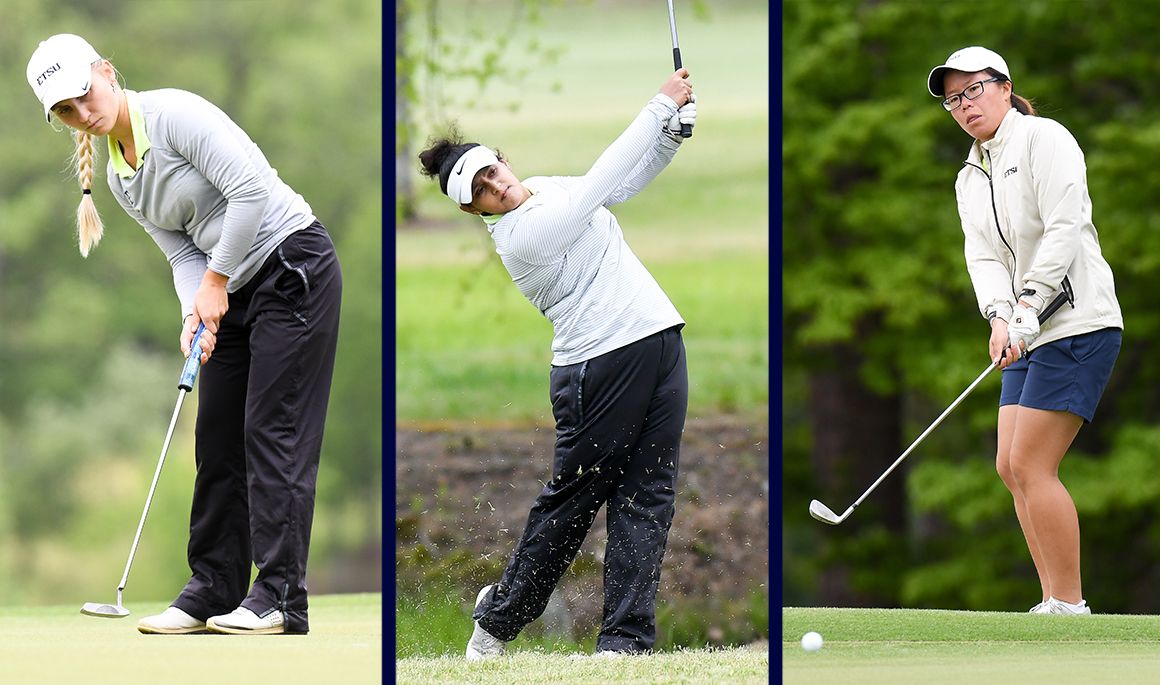 SPARTANBURG, S.C. (April 27, 2017) – The Southern Conference announced Thursday afternoon its postseason All-SoCon awards, and the ETSU women’s golf team earned three awards with two Bucs named to the All-SoCon Team and one to the All-Freshman Team.

After being named the SoCon Player of the Year after the final round of the SoCon Championship on Tuesday, Loy Hee Ying (Baru, Kulijaya, Malaysia) was automatically named to the All-SoCon team by being in the top-5 league golfers in the GolfStat national rankings. Loy was also recently named as an at-large selection to the NCAA Tournament in the Columbus Regional Site.

Also joining her teammate on the All-SoCon Team is senior Linda Dobele (Ogre, Latvia). She finished the conference tournament tied for 11th, and her best finish came at the Web.com Intercollegiate where she placed third individually, which was her best career finish. The third place individual finish helped guide the Bucs to wining the Web.com Intercollegiate in Ponte Vedra Beach, Fla. Dobele had the 11th-best SoCon scoring average at 75.18 in 28 rounds this year.

Rounding out the conference honors was rookie Ankita Kedlaya (Bangalore, India) as she was named to the All-Freshman Team. The India native had the 21st-best scoring average this year in the league at 76.64, which was the third-best on the ETSU squad. Her best finish came at the River Landing Classic where she finished in a tie for 14th and ETSU placed second as a team. She placed in the top-25 four times this year including finishing tied for 23rd in the SoCon Championship.

Furman set a league record with six players being named to the All-Southern Conference Team, and Chattanooga’s Monica San Juan and Mercer’s Hannah Mae Deems rounded out the 10 All-SoCon honorees.