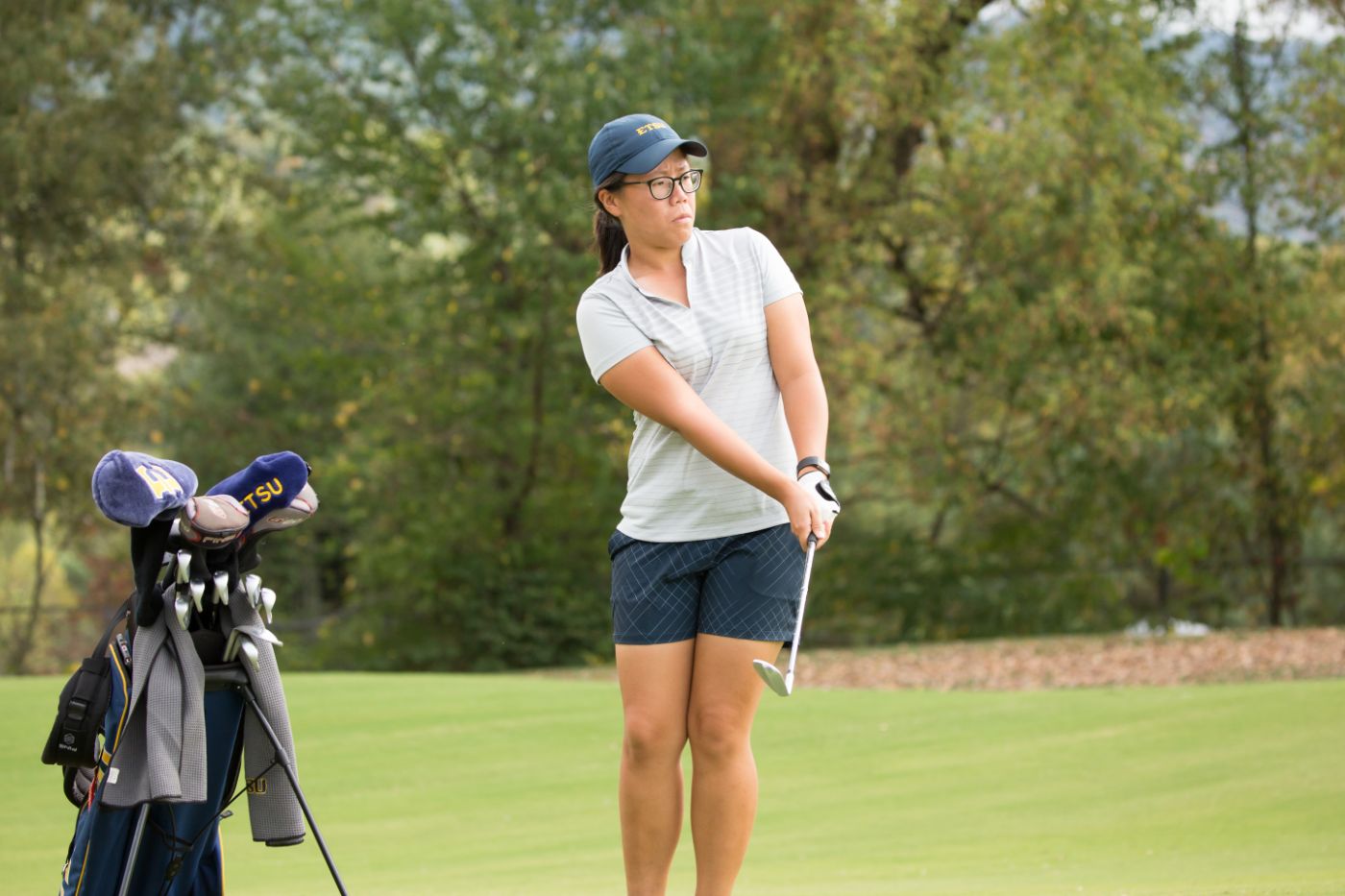 Junior Hee Ying Loy (Johor, Malaysia) has made a big move up in the latest International player standings for the Arnold Palmer Cup, announced today by the Golf Coaches Association of America.

Loy, the 2016-17 Southern Conference Player of the Year, currently stands at 14th. That’s up four spots from the first spring rankings on February 8, and five up from the final Fall standings last November 16.

“That’s great news,” said ETSU head coach Stefanie Shelton. “She hasn’t played in any events this spring, which could have worked against her. A lot of other players have gotten in a tournament or two already and that could have helped move them up.”

The Arnold Palmer Cup is a tournament consisting women’s and men’s teams of 12 players each, divided into US and international squads. Updated standings come out on March 8, and the final team rosters will be announced March 15.

The top six in the March 8 standings qualify automatically. The other six spots will be determined by four committee selections, one head coach’s pick, and the winner of The R&A Scholars Tournament in St. Andrews, Scotland April 2-3. This International women’s team head coach is Anne Walker of Stanford.

Arnold Palmer Cup Standings are based on Golfstat NCAA Player Rankings, reward wins and high finishes, consider strength of schedule, and penalize poor finishes. This year’s tournament will be played July 6-8 at The Evian Resort Golf Club in Evian-les-Bains, France -- the home of the fifth and final major of the season on the LPGA Tour.

ETSU begins the 2018 spring season not too far from where the fall campaign ended. The Bucs head to South Carolina for the Edwin Watts Kiawah Island Spring Classic, beginning February 25. It’ll be played at the Osprey Point and Oak Point courses, less than four miles from the Turtle Point course, where ETSU concluded the 2017 fall season at the Palmetto Intercollegiate tournament on October 24.

“We have a very young team,” Shelton said. “In the off-season, the work we put in gave us a growing sense of maturity. There’s a sense of ownership. There are fewer unknowns. It’s a stronger team. More united.”

The Bucs have enjoyed an off-season with unseasonably warm weather, allowing them more than usual practice time outdoors. High temperatures hovered around the 70-degree mark as the team ramped up its preparations over the last week.

“The weather has been excellent,” Shelton said. “It’s been so nice to have days like this. We’ve played more 18-hole rounds this winter than we have in any other season since I’ve been here.”

The Bucs may welcome a return to Osprey Point and Oak Point. ETSU was a solid 4th out of 43 teams in last year’s Edwin Watts, just eight shots back of Coastal Carolina at the top of the standings. The Bucs were the best out of six SoCon squads at the tournament -- 24 shots ahead of the next-best team, Chattanooga, which finished 14th.