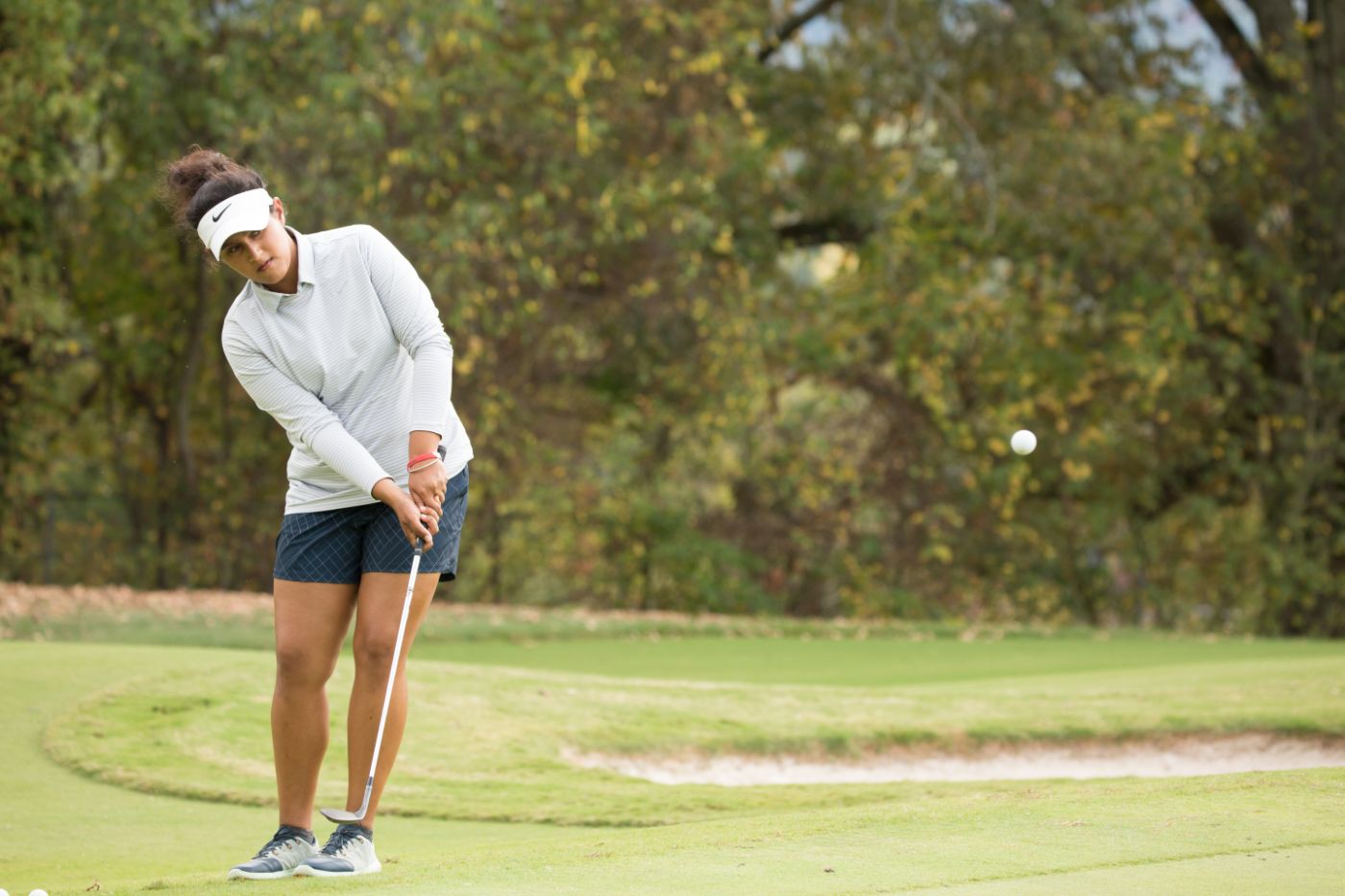 Bucs Hold On To 10th in Augusta Invitational
Related Links

AUGUSTA, Ga. (March 17, 2018) -- With four players turning in improved scores, the ETSU women’s golf team held on to 10th place out of 15 squads after Saturday’s second round of the 3M Augusta Invitational in Augusta, Ga.

Ankita Kedlaya (Bangalore, India) showed the best-to-day improvement, cutting five strokes off Friday with a 76 on Saturday. Her round featured 12 pars, including a stretch of eight in a row. She’s moved up 11 spots to a tie for 62nd on the leaderboard.

Kornbongkoat Sararat (Nongkhai, Thailand) was four shots better on Saturday than Friday, posting a 75. Starting on the back nine, and after going 2-over par in the first five holes, the freshman dropped in pars on nine consecutive holes. She bogeyed the par-5 6th and the par-4 8th, but closed her round with a birdie on the par-5 4th. Sararat ended the day tied for 44th, an 11-spot jump from Friday, and is tied for 5th in par-3 scoring (3.00)

Hee Ying Loy (Johor, Malaysia) fired ETSU’s best round of the day, a 1-over 73. The junior started the day with nine straight pars before bogeying the par-4 1st. She got it back with a birdie on the par-4 5th, but bogeyed #7 and #9 before rolling in a birdie on #9. Loy stands tied for 7th on the leaderboard, four strokes behind the leader, Jillian Hollis of Georgia.

Tereza Melecka (Belcovice, Czech Republic) shot a 75 on Saturday, two better than her first round. The freshman tallied 14 pars and one birdie – on the par-4 12th hole. She’s moved up five spots to a tie for 36th.  Yeji Ahn (Chang Won City, South Korea) also cut two shots off her Friday total with an 80 on Saturday, to improve one spot to 78th.

Rain delayed the start of play by 30 minutes on Saturday before the skies cleared and the high temperature reached 75 degrees. Georgia has the team lead with two-day total of 573, 11 shots ahead of Purdue.

The Bucs begin the 3rd and final round of the Augusta Invitational at 9:35 am EDT on Sunday.