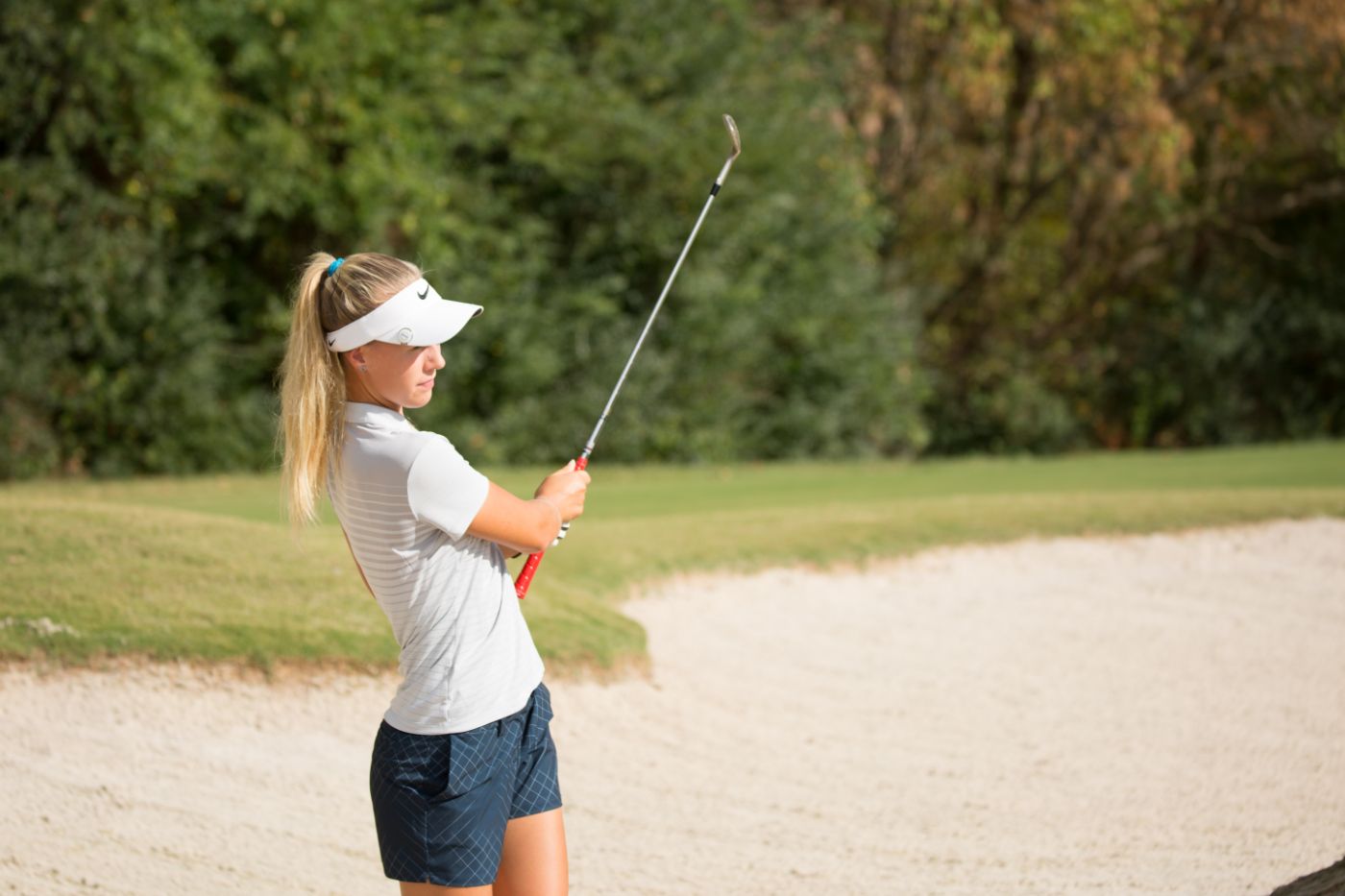 ETSU Just Six Shots Out of 6th with One Round Left

KAPALUA, MAUI, HAWAI’I (March 27, 2018) -- An up-and-down day for the ETSU women’s golf team ended with the Bucs in the same spot where they began.

ETSU went into Tuesday’s 2nd round of the Anuenue Spring Break Classic in 12th place, rose to as high as 7th, but wound up back in 12th as the teams returned to the clubhouse.

The Bucs trimmed six shots off their 1st round score with a 304 on Tuesday on a sunny, 81-degree day at the par-72, 6012-yard Bay Course. In a competitive field, the Bucs’ two-day team score of 614 has them just six shots out of 6th place with one round left to play.

Hee Ying Loy (Johor, Malaysia) fired a 1-over par 73 for ETSU’s best round of the day. Starting on the back nine like the rest of the team, Loy posted three bogeys and a birdie before settling in after the turn. She birdied the par-4 2nd hole and the par-5 6th to get to even on the day before a bogey on #8 put her back in the black numbers. Loy moved up four spots on the leaderboard to a tie for 17th.

Ankita Kedlaya (Bangalore, India) and Tereza Melecka (Belcovice, Czech Republic) each carded a 76 on Tuesday. Kedlaya went even-par 37 on her first nine holes before putting up five pars and four bogeys after the turn. She’s tied for 37th on the leaderboard.

Melecka posted back-to-back birdies on the par-4 16th hole and the par-3 17th and was 2-under par at the turn. She bogeyed #1, got it back with a birdie on the par-4 2nd, but was +6 over the last seven holes. Melecka moved up four spots to a tie for 44th.

Kornbongkoat Sararat (Nongkhai, Thailand) dropped in two birdies in her round, finishing with a 79 to end the day tied for 52nd. Yeji Ahn (Chang Won City, South Korea) cut four shots off her Monday score with an 82.

Wednesday’s third and final round features a shotgun start. The Bucs are scheduled to begin on the 14th hole at 2:00 pm EDT.