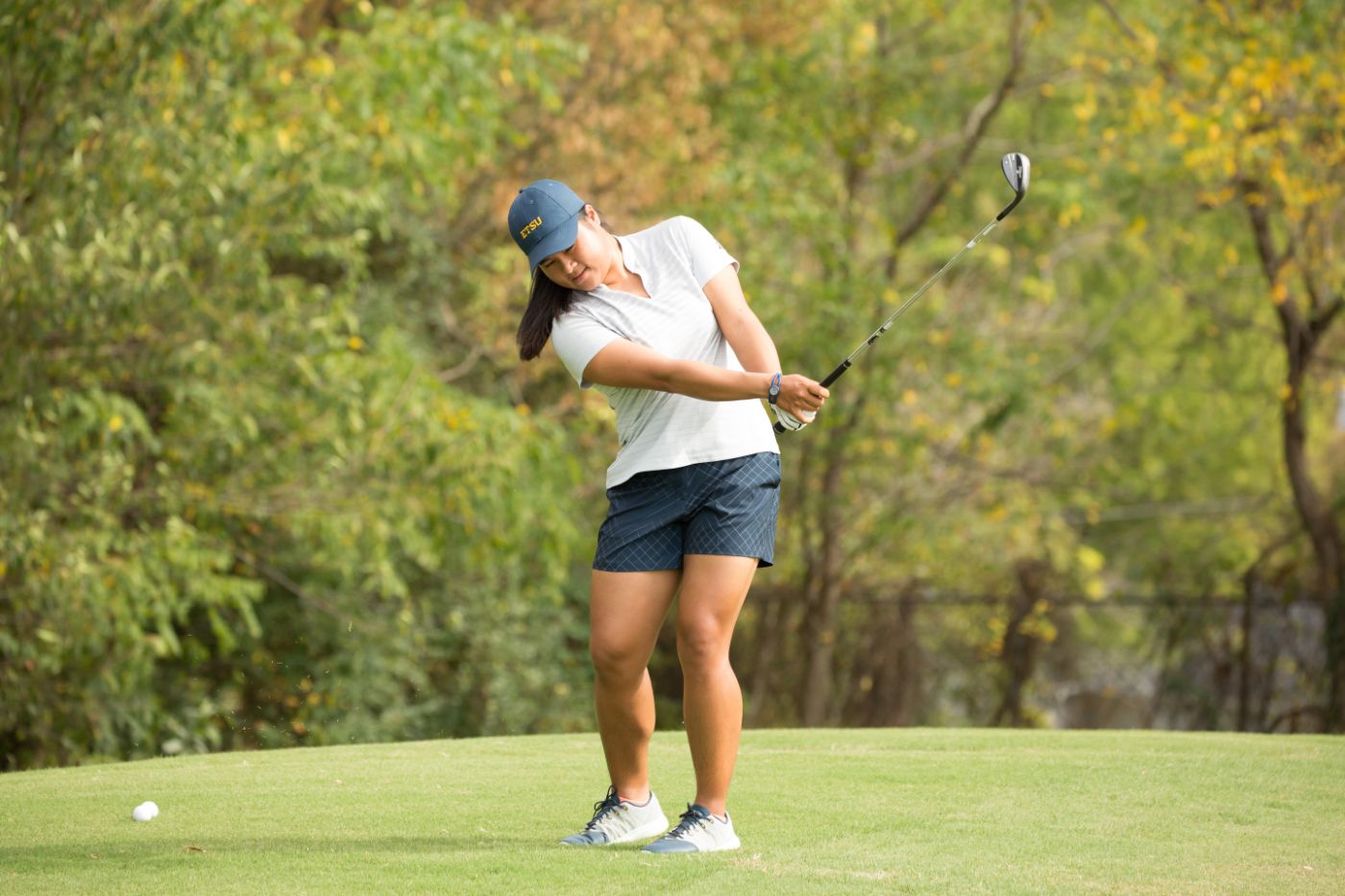 KAPALUA, MAUI, HAWAI’I (March 28, 2018) -- The ETSU women’s golf team finished 13th after the third and final round of the Anuenue Spring Break Classic on Wednesday.

Kornbongkoat Sararat (Nongkhai, Thailand) carded a 74, putting her at 231 for the tournament and in a tie for 45th in the standings, up seven spots from Tuesday. The freshman started on #17 and was even par over the first five holes, with two birdies on par 4’s (#13 and #4) and three bogeys after that.

Tereza Melecka (Belcovice, Czech Republic) and Yeji Ahn (Chang Won City, South Korea) each shot an 86 on Wednesday, with Ahn’s round including a birdie on #15. Melecka wound up in 61st place with a 241, while Ahn totaled a 254.

Louisville, ranked 29th in the latest Golfstat.com ratings, tied with the host school, Hawai’I, for the team championship. Kaci Masuda of Hawai’I fired a 2-under 70 on Wednesday to win Medalist honors at 4-under 212. That was three shots better than Louisville’s Lauren Hartlage, who shot a 75 in the final round.

The Bucs return to the contiguous 48 states to prepare for the Brickyard Collegiate, starting April 8 in Macon, Ga. It’s the final tuneup before the Southern Conference Championship tournament begins on April 15 in Hilton Head, S.C.