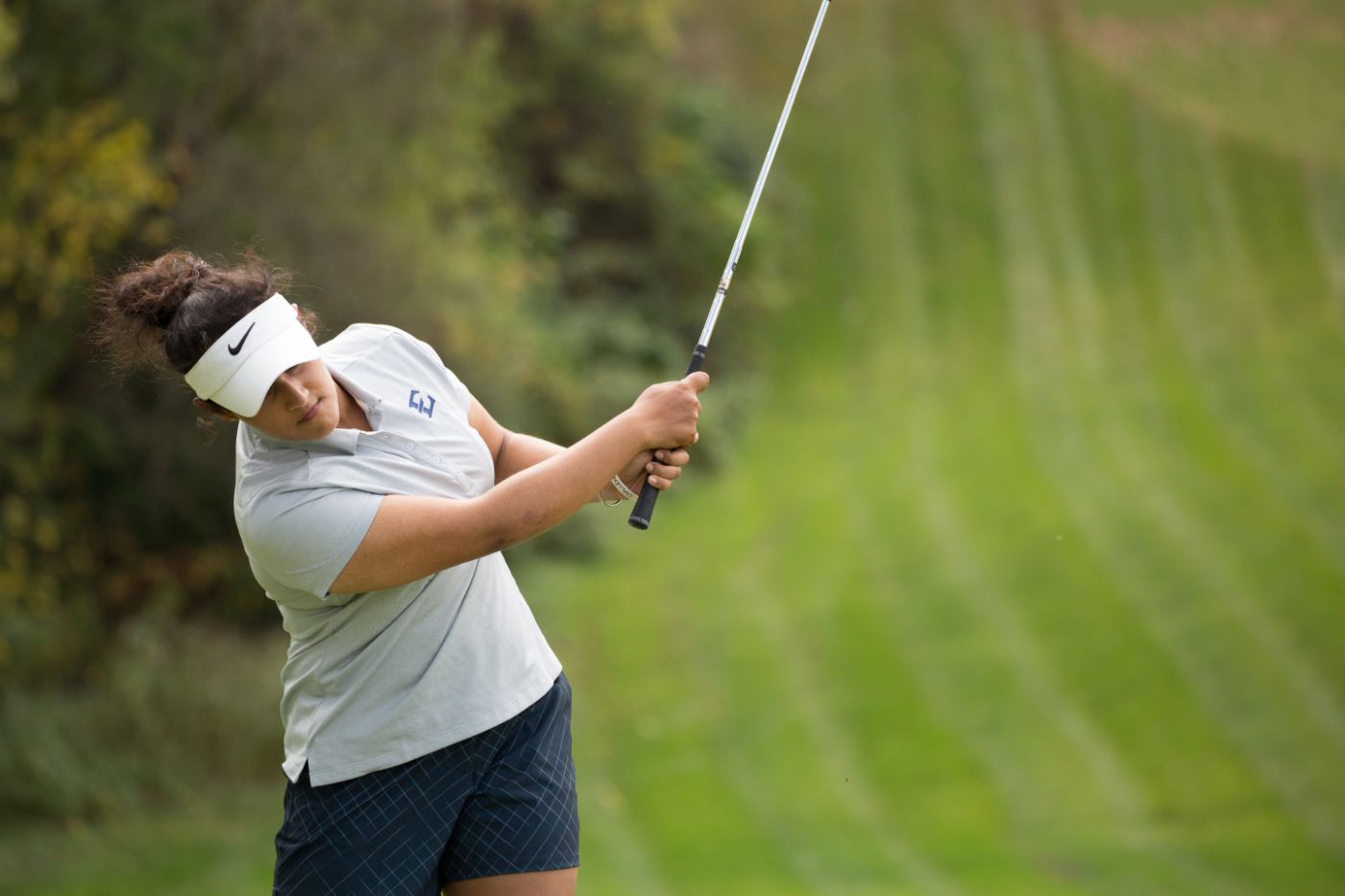 MACON, Ga. (April 9, 2018) --  Propelled by a season-best round from Ankita Kedlaya (Bangalore, India), ETSU’s women’s golf team moved up a spot Monday in the Brickyard Collegiate tournament in Macon, Ga.

Kedlaya’s one-over par 73 on the par-72, 6155-yard Brickyard Golf Course was her top round of the 2017-18 schedule by two strokes. It also matches her career best, set at the first round of the Palmetto Intercollegiate Fall Invitational on October 23, 2016.

Kedlaya’s solid round came even after a slow start. Beginning on the back nine, she double-bogeyed #10 and bogeyed #13 to be plus-three after four holes. But Kedlaya rolled in a birdie on the par-4 15th and found a rhythm after the turn. She birdied the par-4 1st, bogeyed #2, but got it back with a birdie on #7, another par-4. She ended the day moving up 21 spots on the leaderboard to a tie for 31st.

The Bucs’ next-best round of the day came from Kornbongkoat Sararat (Nongkhai, Thailand), who posted a 75 even after bogeying her first two holes. She was just one-over after that, moving up three spots to 68th on the leaderboard.

Tereza Melecka (Belcovice, Czech Republic) followed her team-best 75 Sunday with a 76 on Monday. The freshman was one-over before the turn and ended the day tied for 23rd in the individual standings, the highest showing on the team.

Melecka and Kedlaya are tied for 7th in par-5s, with an average score of 4.88.

The Bucs continue their solid play on par-5s. They’re even par thus far for the 3rd-best mark in the field.

Vanderbilt continues to hold the team lead, at 579, eight shots ahead of Old Dominion. The Commodores’ Morgan Baxendale took over the top spot on the leaderboard Monday after firing a 69, the best round of the day, for a total of 142. Baxendale is two strokes better than the trio of teammate Louise Yu, Madison Caldwell of Kennesaw State, and Amanda Doherty of Florida State.

Tuesday’s final round features a shotgun start at 9:00 am.