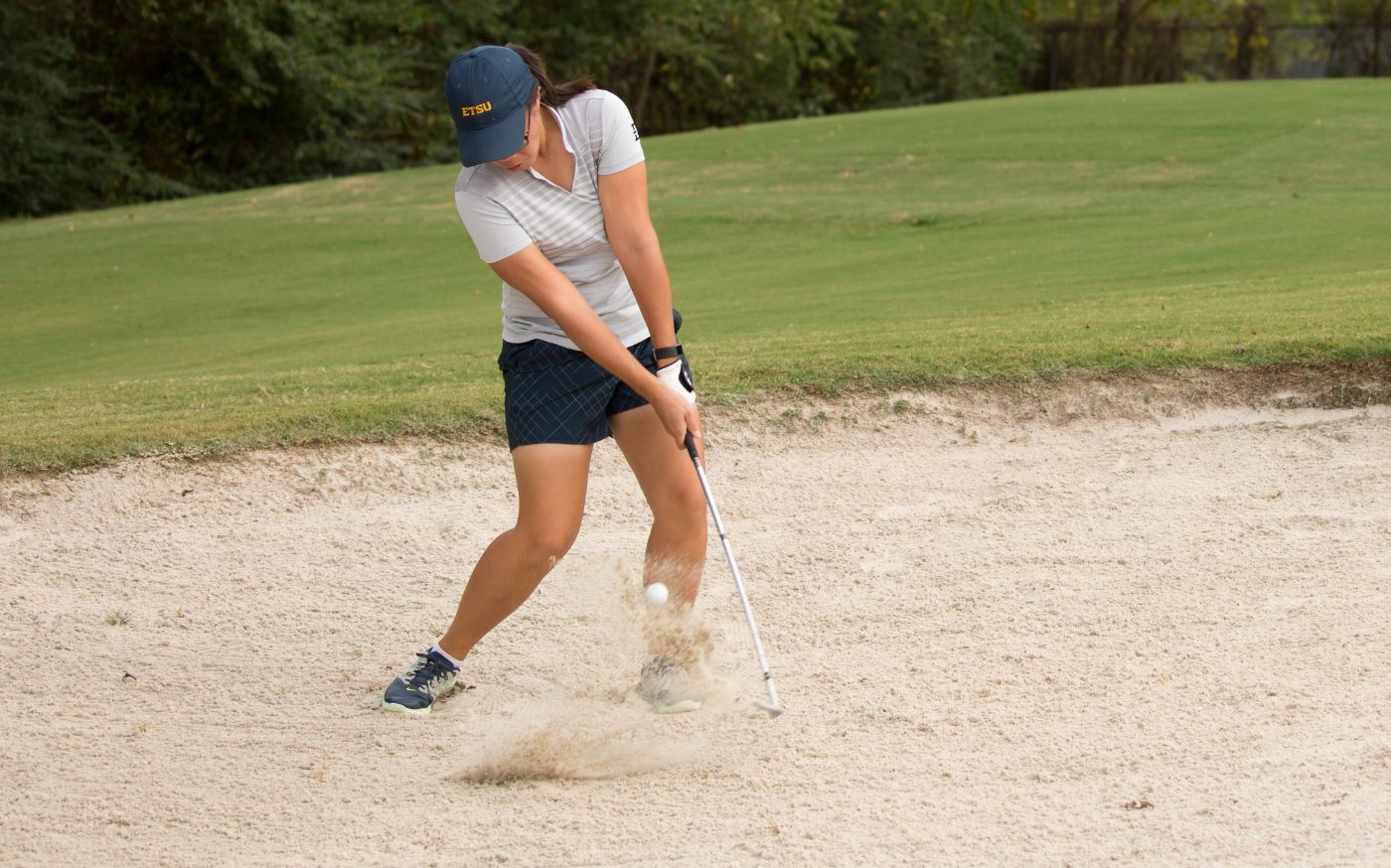 Bucs Claim 9th After Final Round of Brickyard
Related Links

Loy's Even-Par 72 is Team's Best Round of the Tournament

MACON, Ga. (April 10, 2018) -- Paced by an even-par effort from Hee Ying Loy (Johor, Malaysia), the ETSU women’s golf team held on to 9th place after the third and final round of the Brickyard Collegiate tournament on Tuesday in Macon, Ga.

The Bucs’ score of 308 put them at 926 for the tournament, two shots ahead of North Florida and six better than LSU, which went to Macon at #40 in the Golfstat.com NCAA Division I rankings. The Brickyard was ETSU’s final tune-up before the Southern Conference Championships next week.

Loy set or tied for the Bucs’ best daily score for the 20th time in 24 rounds this season with a 72 on Tuesday, a partly sunny, 65-degree day. The reigning SoCon Player of the Year carded three birdies and one bogey over her final four holes and wound up at 225 for the tournament, tied for 17th on the leaderboard.

Loy’s 72 was the Bucs’ best round of the tournament. Her four birdies on Tuesday tied her for 2nd-most on the day.

Tereza Melecka (Belcovice, Czech Republic) began and ended her day with a birdie on the par-72, 6155-yard Brickyard Golf Course to finish with her second consecutive 76. Her tournament total of 226 put her in a tie for 23rd in the individual standings – her best result since her victory at the Johnie Imes Invitational last October.

Melecka tied for 3rd in par-4 scoring on Tuesday with an average score of 3.90.

Ankita Kedlaya (Bangalore, India), who matched her career-best with a 73 on Monday, put up a 79 on Tuesday. Her three-day score of 232 tied her for 43rd place.

Kornbongkoat Sararat (Nongkhai, Thailand) shot an 82, giving her a 243 for the tournament and a share of 71st place.

Vanderbilt won the team title with a score of 869. The Commodores, the highest-ranked of the 14 squads in Macon at #27, were ten shots better than runner-up Old Dominion and 15 ahead of 42nd-ranked Kennesaw State.

Vanderbilt’s Morgan Baxendale fired a 71 on Tuesday to win Medalist honors at 213. She was two shots better than Amanda Doherty of Florida State, who also shot a 71, and Katerina Vlasinova of Old Dominion, who carded a 69 for the top round of the day.