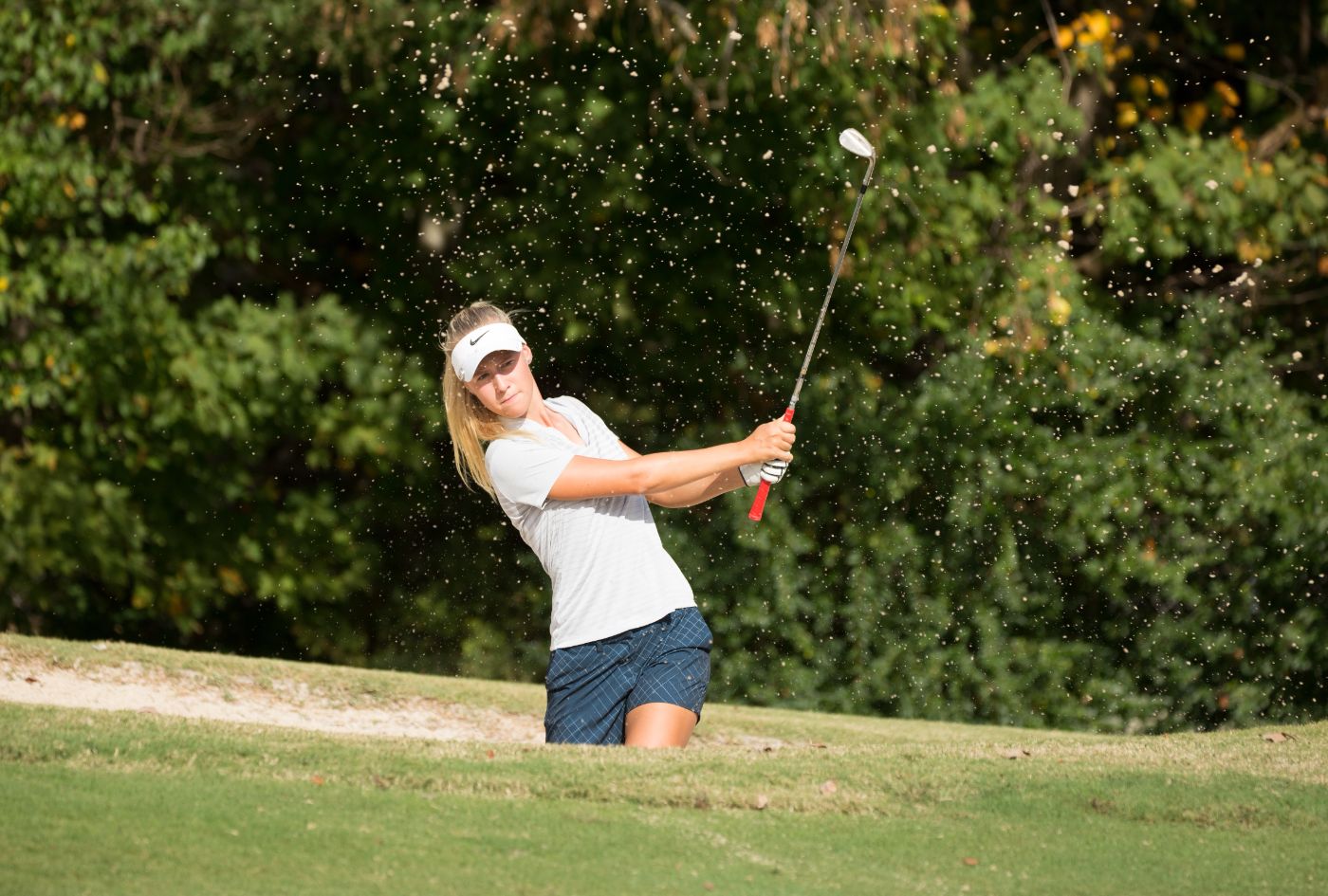 ETSU in 6th After 2nd Round of SoCon Championships
Related Links

HILTON HEAD, S.C. (April 16, 2018) -- ETSU is in 6th place after the second round of the Southern Conference Championships, Monday in Hilton Head, S.C.

The Bucs totaled a 328, putting them at 651 for the tournament, five shots behind UNCG and Samford, who are tied for 4th. Wofford is seven strokes behind the Bucs in 7th place in the nine-team field.

Monday was sunny, with a high temperature around 60 on the par-72, 6105-yard Moss Creek Golf Club South Course. However, tee-off was pushed back one hour due to the threat of inclement weather, and the National Weather Service placed Beaufort County, S.C. under a wind advisory for much of the day.

The NWS advised that westerly winds gusting up to 35 mph were “capable of blowing around light, unsecured objects, like trash cans.”

ETSU’s best round of the day came from Tereza Melecka (Belcovice, Czech Republic), who carded an 80. The freshman moved up four spots on the leaderboard to a three-way tie for 17th.

Ankita Kedlaya (Bangalore, India) is in a three-way tie for 20th after shooting an 83 on Monday. Also tied for 20th is Hee Ying Loy (Johor, Malaysia), who posted an 84 in the second round.

Kornbongkoat Sararat (Nongkhai, Thailand) made the Bucs’ biggest move up the leaderboard, rising five spots to a tie for 25th after an 81. The freshman cut four strokes off her 1st-round total.

Furman has the inside track on its fourth consecutive conference championship. The Paladins followed Sunday’s 301 with a 302 and hold a 22-stroke lead over Mercer and Chattanooga, who are tied for second.

Furman’s Reona Hirai moved to the top of the leaderboard by firing a 74, matching teammate Haylee Harford for top round of the day. Hirai’s two-day total of 149 has her three shots ahead of the second-place duo of Chattanooga’s Holly Morgan and the Paladins’ Natalie Srinivasan.

ETSU begins Tuesday’s third and final round at 8:10 am.